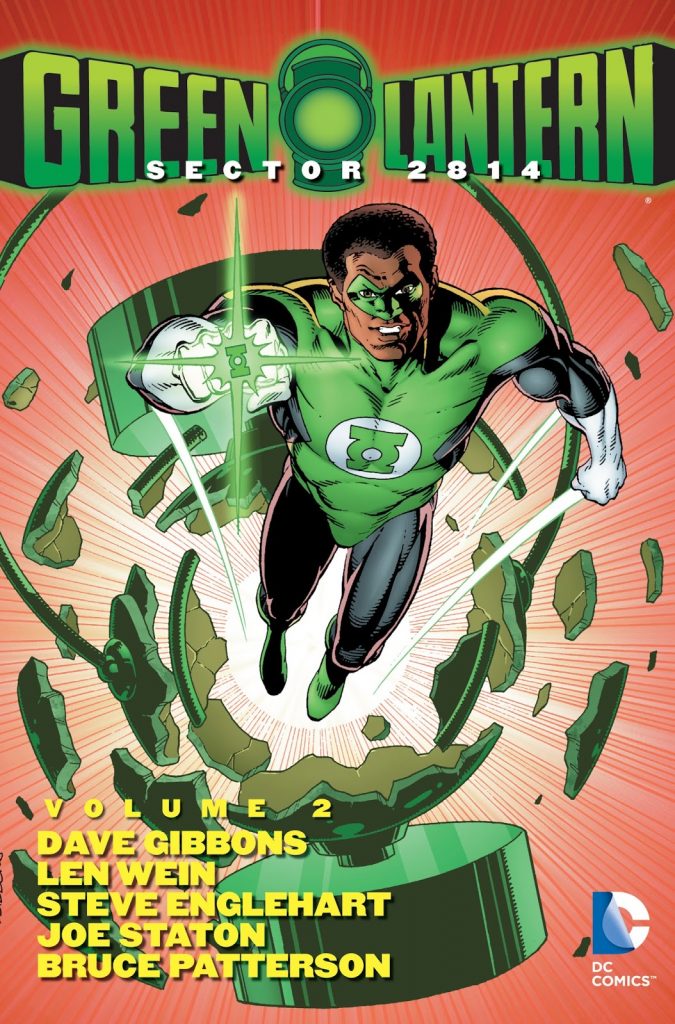 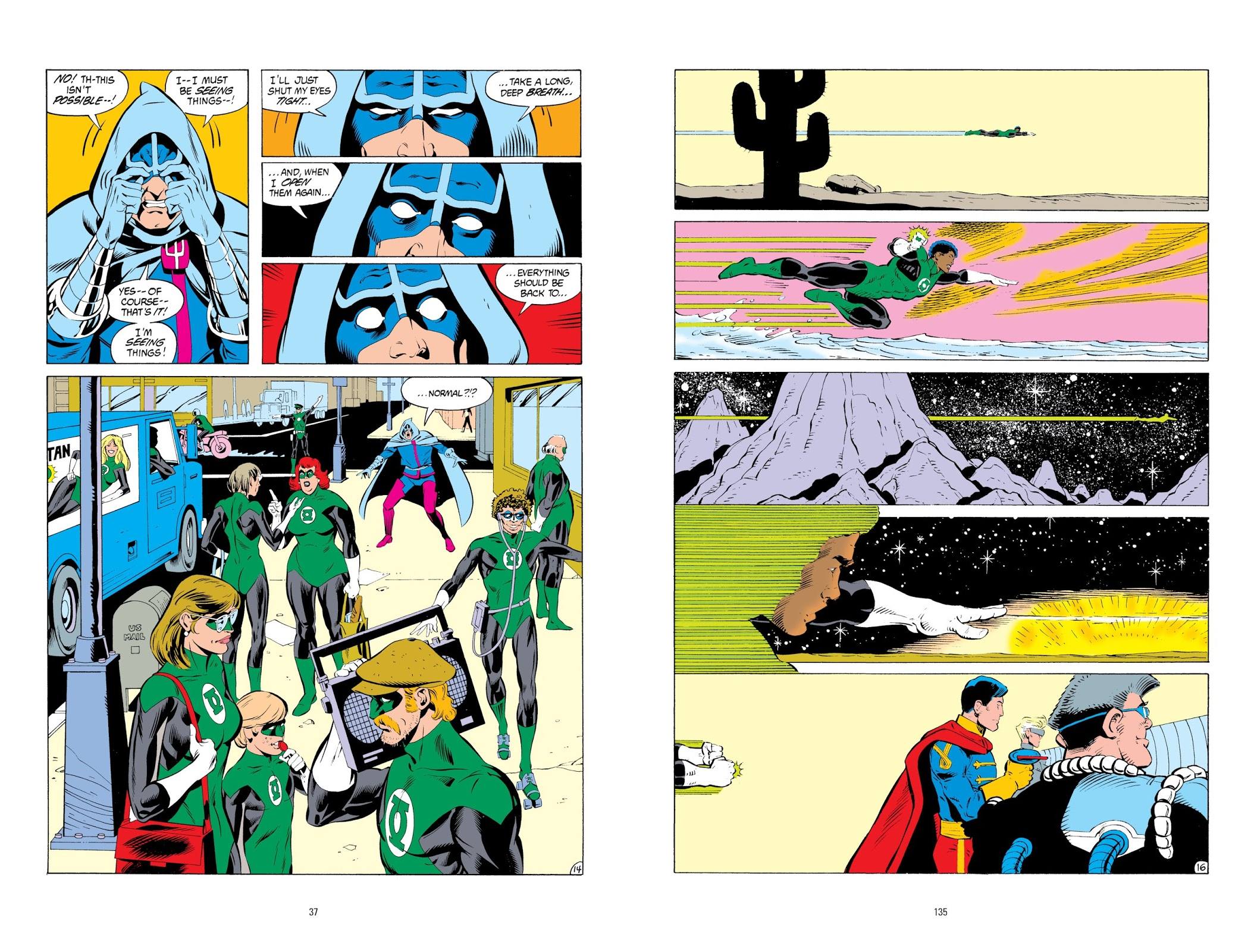 Len Wein closed Sector 2814 Volume 1 with Hal Jordan concluding his personal life held greater value to him than being a Green Lantern, and handing in his resignation to the Guardians of the Universe. Yeah, there was a reason for the introduction of John Stewart, who wears the green ring through most of Sector 2814 Vol. 2. When these stories were originally published in the early 1980s John hadn’t been seen for a decade since his memorable introduction (see Green Lantern/Green Arrow), so his presence was a far greater surprise than it now seems. Without Wein and Dave Gibbons reintroducing him, would he forever more have languished as a footnote? He’s not the only newcomer in town, as the Predator also has a considerable role.

Wein’s character notes aren’t subtle. Too many people are hot-headed or with a chip on their shoulder for no good reason, and even Gibbons on the art can’t disguise ordinary plots. He’d soon be off for Watchmen, edited by Wein, so Green Lantern passed to Steve Englehart and Joe Staton, who start with a bang. In an era when a superhero’s greatest priority was keeping their civilian identity concealed, they have Stewart going public from the beginning.

Staton’s art is a sort of halfway point between Gibbons and the full on expressive cartooning only popularised a decade after these stories saw print. It’s a neat style with good use of shadow, even if many of the 1980s designs are now very much of their time, too many people looking like extras from a Devo video. Staton’s Gil Kane homages are nice, though.

While Englehart remains true to most of Wein’s dangling plots, it’s obvious he takes a different direction with the Predator, an overly brutal superhero, seemingly working very closely with a sinister executive type in a black suit. There’s no changing what Wein established, but those elements are reconfigured for a story that swerves in a bizarre direction involving old Green Lantern enemy Star Sapphire. While Englehart has good intentions in attempting to reconcile Carol Ferris’ seemingly irrational changes of heart over thirty previous years of Green Lantern stories, the explanation now reads almost as patronisingly, and the organ is a bizarre visual device.

Otherwise Englehart’s characters and subplots have a greater depth than Wein’s, and with the exception of Carol they behave more logically. Two intriguing epilogues set up Volume 3 nicely.

Separating the two creative teams, Paul Kupperberg writes a single chapter continuing Wein’s subplots without moving them forward significantly, having John mount a space rescue. The most interesting aspect in hindsight is art from Bill Willingham, later so renowned for his writing that it’s almost forgotten he once drew comics also. It’s a neat art job, with a few rough edges, but Willingham’s unfortunate to be in the same collection as Gibbons and Staton.