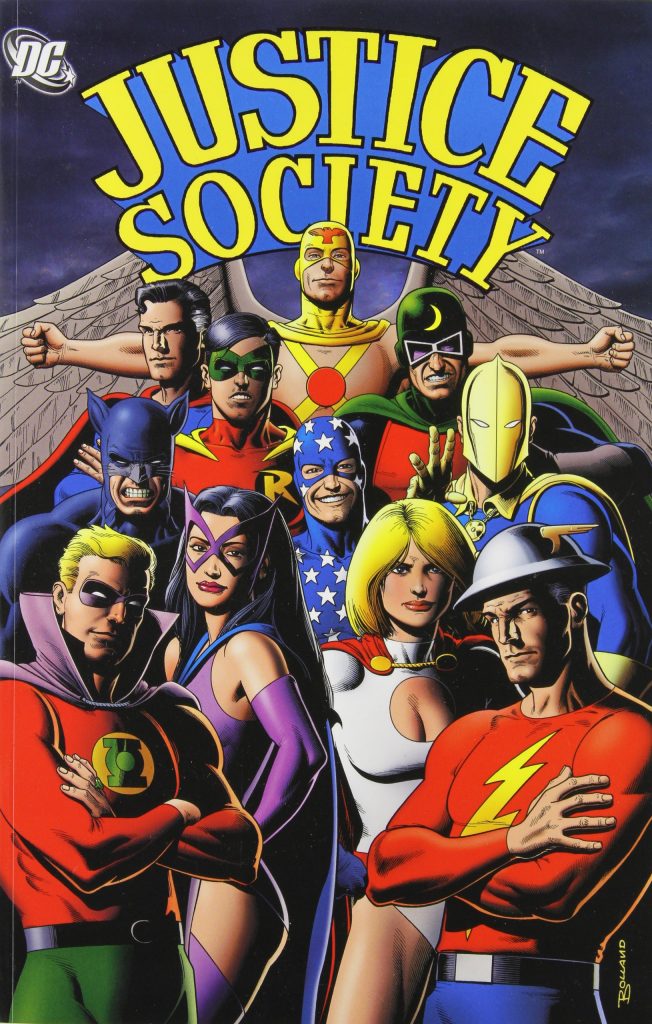 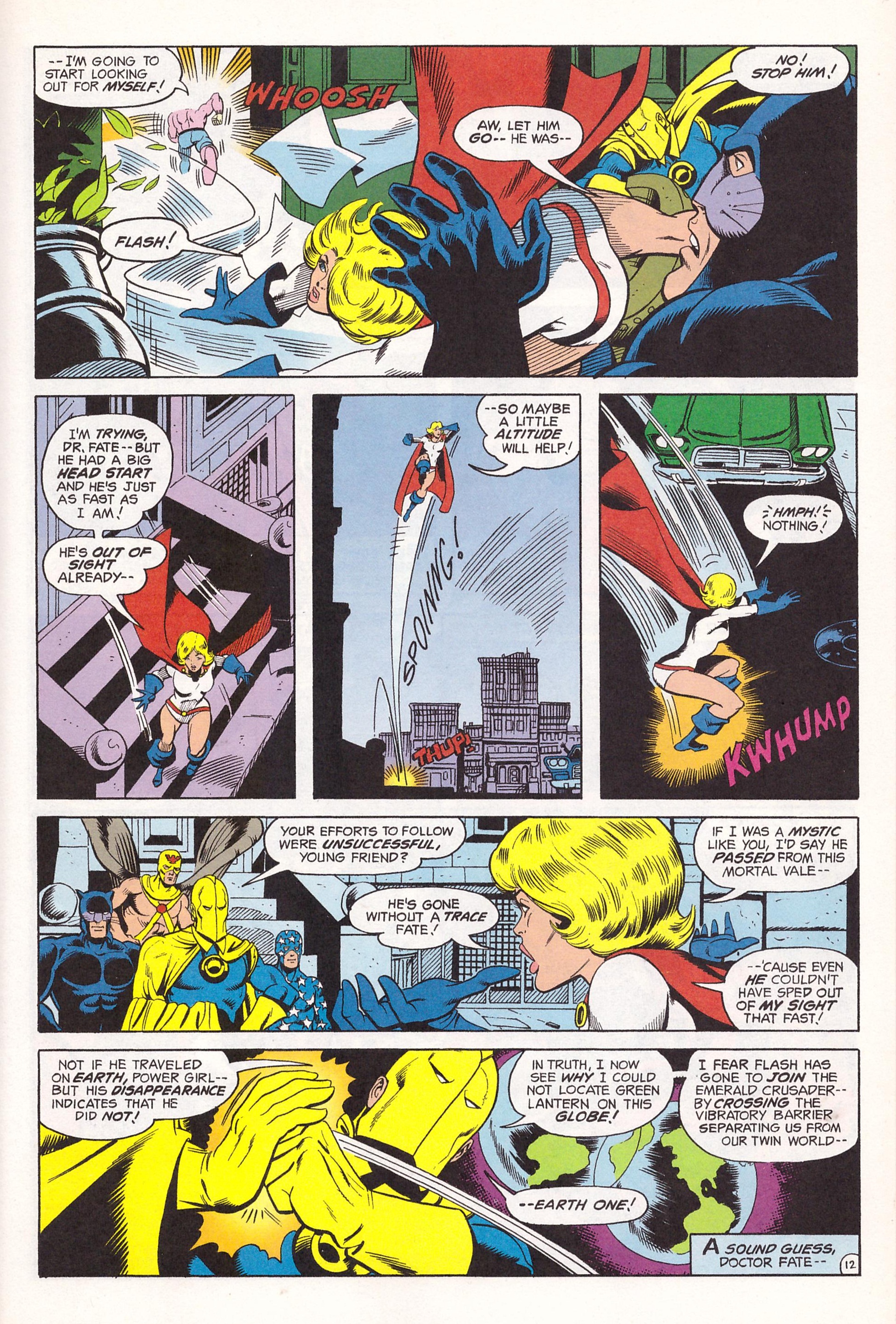 The opening volume reprinting the Justice Society’s 1970s revival was one of faltering steps by the initial creative team, a process repeated when Paul Levitz and Joe Staton took over. This collection has that creative team hitting their stride if allowances are made for the storytelling quirks of the era. Levitz largely dispenses with expository thought balloons so prevalent at the time, but repeatedly opts for shorthand emotional responses. Ignore them if you can and what remains is generally surprising superhero adventures with good twists and interesting personalities.

Staton was very much a fish out of water in the late 1970s, perhaps the only cartoonist drawing superhero comics in an era when the graphic sensibilities of John Byrne and the detail of George Pérez were what fans swooned for. In short, Staton didn’t always receive the credit or appreciation his talent earned. Twenty years later the animated Batman had shifted perceptions and cartoon versions of superheroes became accepted. It’s time Staton received his due, and more than two hundred pages here present the evidence. He’s better served by Bob Layton’s inking or inking his own pencils than by the looser Joe Giella or Dave Hunt, but Staton’s weaker pages are those where he’s trying to suppress his natural style rather than revelling in it.

Levitz has his favourite characters, especially Wildcat, whose speech patterns are roughed up a little too much to indicate his blue collar boxing origins, but mixes the plots to ensure each major character’s speciality shines. He wasn’t afraid to shed dead wood, but in a thoughtful way, and plays creatively with the mythological possibilities of an alternative Earth. Here Bruce Wayne has discarded Batman’s cape and cowl and is Police Commissioner, yet still influential enough to convince his former JSA colleagues that the current team are dangerous. Frequent interesting and unconventional plot choices, for superhero material at least, still hold their strengths. Trading the potentially epic for surprise results in a major character killed not by his greatest enemy, but by a nobody who’d randomly acquired super powers. That’s a brave choice in context. The final story features best sequence in the book, set in the past and still carrying an emotional resonance as it explains why the Justice Society disbanded in the early 1950s. Levitz ties that into the political climate of the times, and it’s a scene repeated and expanded beyond three pages several times since.

The lasting legacy of this material is Levitz introducing the Huntress, a second tier DC favourite ever since. Her origins may have been redefined a few times over the years, but her superhero identity is basically as introduced by Levitz and Staton to remove Power Girl’s status as the token woman, which otherwise afflicted DC’s superhero teams longer than Marvel’s.

That this and the first 1970s collection are more or less holding their prices several years after publication indicates either a very limited print run or continuing interest. If you’re curious to see why, this is the collection to start with. Alternatively, it’s been combined with the first volume in the hardcover All Star Comics: Only Legends Live Forever.