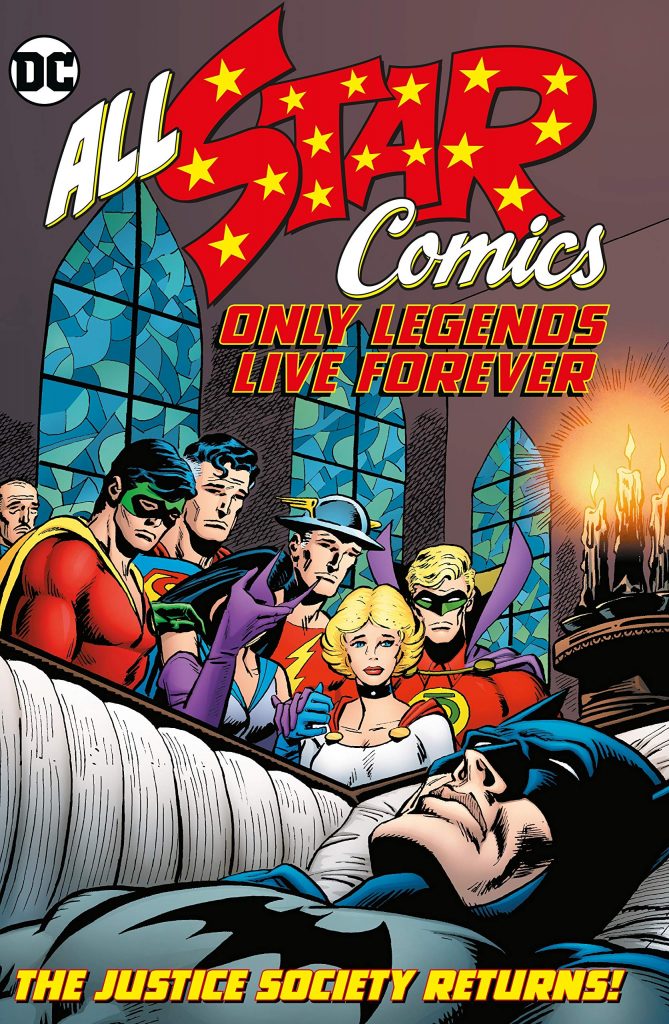 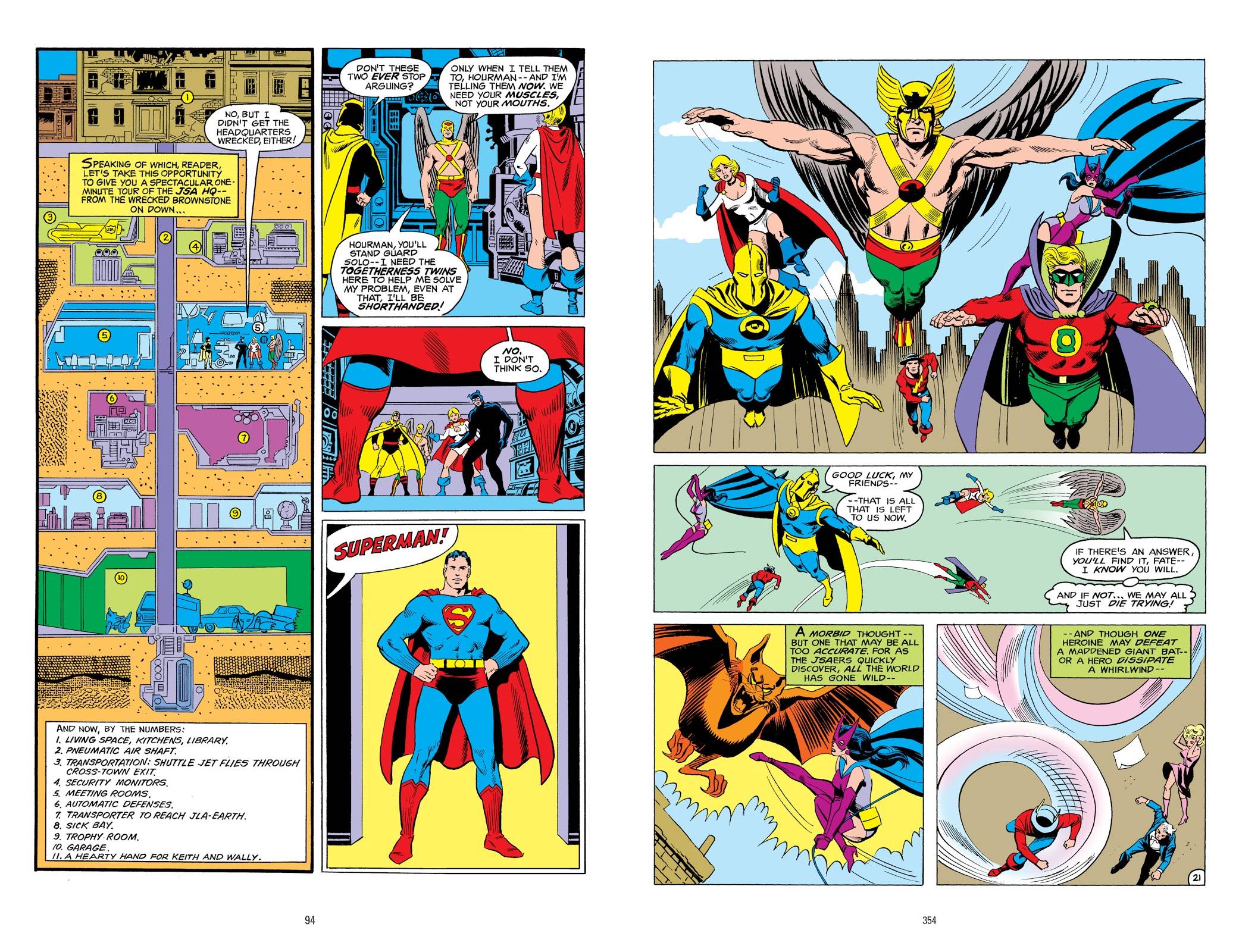 When the 1940s Justice Society of America were reintroduced in the 1960s Justice League fans began clamouring for them to be restored to All-Star Comics. Not a company to be rushed into a decision, it took DC fourteen years before these stories began appearing in the mid-1970s.

From the start Gerry Conway dispenses with the 1940s formula of the cast teaming in pairs for individual chapters, and it was felt younger readers needed a reason to pick the title up, so Power Girl, Robin and the Star-Spangled Kid joined the Justice Society. Perhaps DC thought readers would be too distracted by Power Girl’s phenomenal chest measurements, as a thirty year absence hadn’t made Star-Spangled Kid and his costume any more contemporary. It takes Conway moving toward a Marvel style of storytelling for anything of interest to occur, although Keith Giffen and Wally Wood combining for the art has its moments.

Conway’s stories had only started to gell when it was back to square one with his replacement by Paul Levitz, who also takes several stories to settle in, but Joe Staton’s cartooning is good from the start, and he improves more rapidly than Levitz, dropping the clutter of his first stories. His work looks better when he inks it himself, or when Bob Layton applies the inks, others not quite getting to grips with a cartoon style in an era when graphic realism was king. There’s a dynamism to his storytelling, no lack of emotion when it’s needed and he has a way with an iconic team illustration.

The first sign of something special in the works is Levitz and Staton delivering the never before revealed origin of the Justice Society, a World War II epic. Levitz tends to avoid thought balloons, meaning his writing isn’t as dated as much 1970s superhero work, but he does deal in emotional shorthand to move his plots forward. Other than that, his ideas are interesting, his plots don’t follow the obvious route, and he ensures every team member has moment in the spotlight. Better still, he sheds the dead wood and he’s not afraid to take a chance. The cover is ill-advised in giving away that he kills Batman, quite the brave move even for characters set on alternate Earth. This is also the series where the Huntress was introduced, removing Power Girl’s status as the token woman on the team, but as has been proved in the years since, fascinating beyond that.

The largely average material over the first half of this hardcover drags down the ranking of Levtiz and Staton’s better stories, so an alternative might be a used copy of the 2007 paperback Justice Society Volume Two with a Brian Bolland cover. You will miss the origin story, found in Volume One.