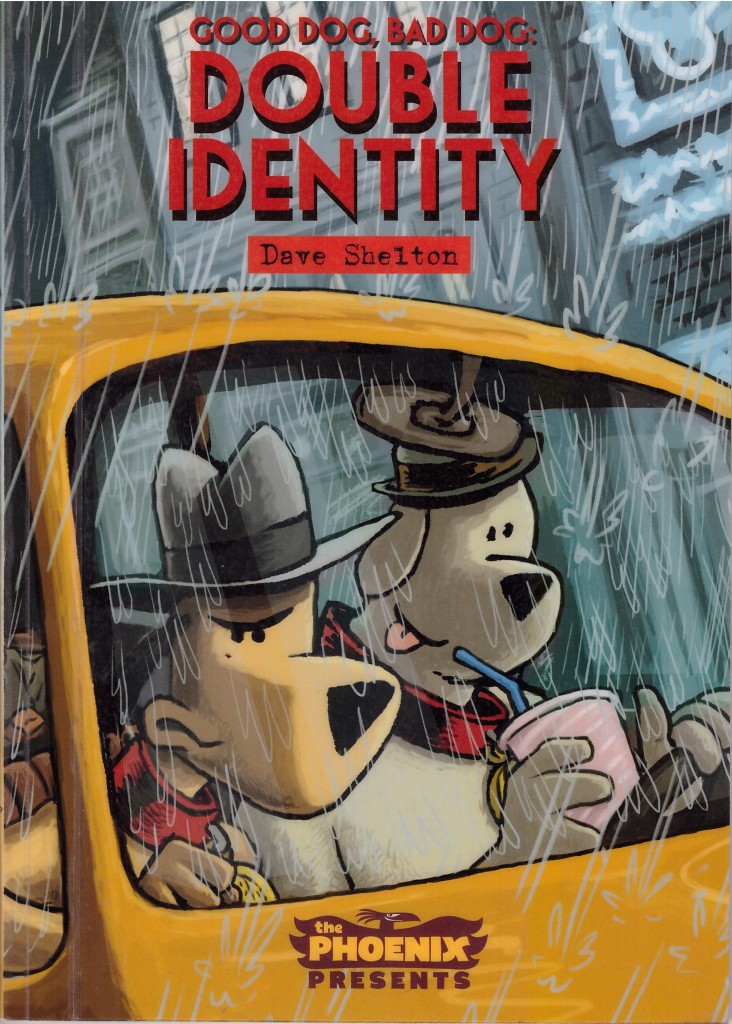 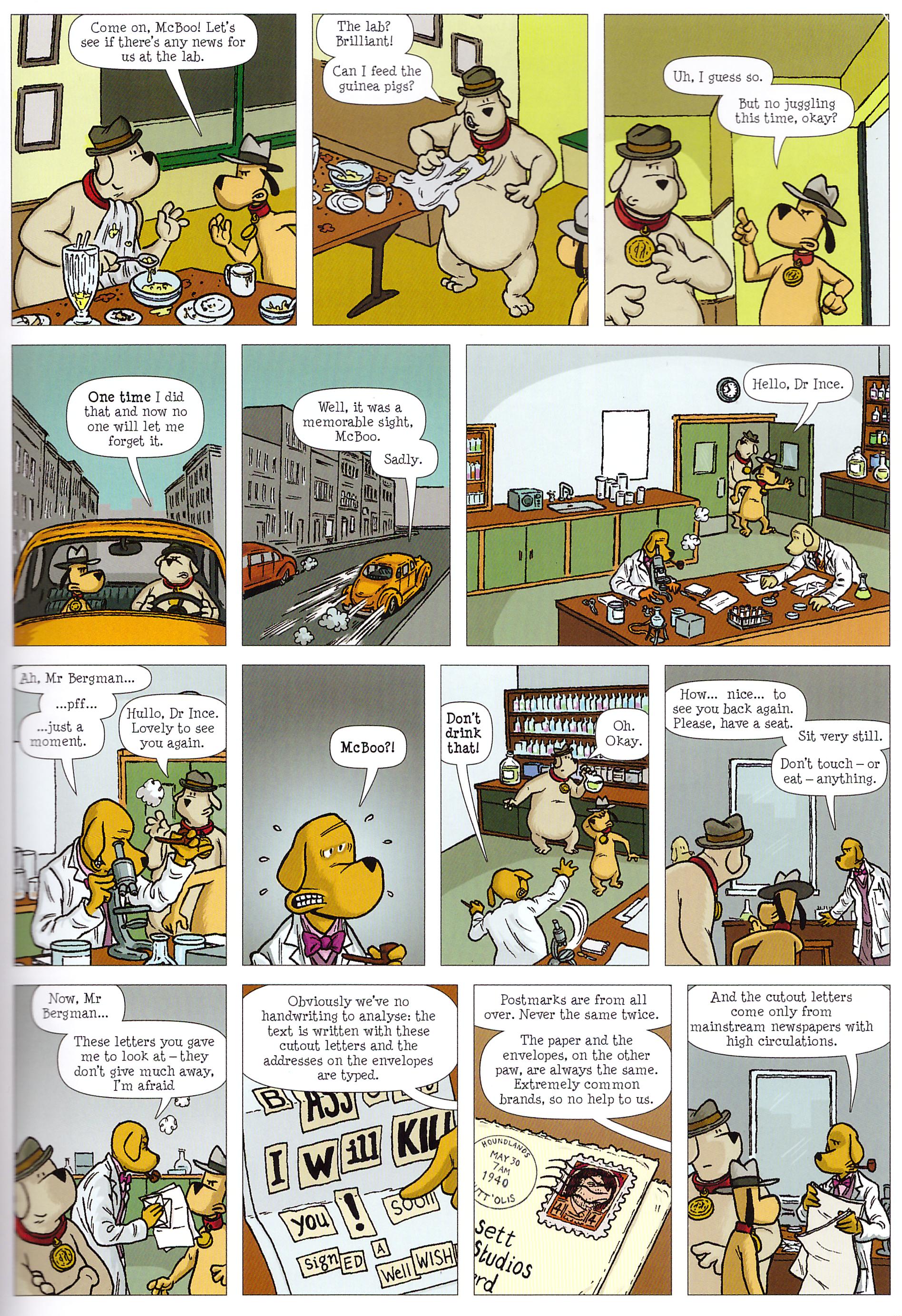 This second shaggy dog story featuring the canine cops Bergman and McBoo is an extended version of the shorter material that comprised their first outing. Dave Shelton includes the same mix of puns, farcical slapstick and clues enough for kids to follow as the inept detectives stumble toward solving a murder mystery.

Shelton’s plot is a squirmy beast, with each solved element leading to something possibly more sinister as they begin their investigation of Collie-Wood’s film industry with anonymous abusive letters being sent to a one time leading actor whose star is now on the wane. It quickly develops into a life-threatening situation.

As the series title indicates, the theme plays on the old police interrogation technique of good cop and bad cop, with Bergman perpetually irascible and scowling, and the genial McBoo perpetually hungry. The clever twist is that he’s the more competent of the pair, with greater observation skills and more useful contacts, so not quite idiot that he appears to be. Shelton populates the cast with assorted punned names guaranteed to induce groans among the grandparents reading this to children, with Wiener Brothers studios central to the investigation.

The cartooning is busy and uplifting, although one surreal touch is that all characters other than Bergman and McBoo wear clothes. Shelton includes visual jokes beyond the slapstick, again several that will fly over the heads of kids, such as a bunch of dogs around a table playing cards, and his designs have a Hanna-Barbera simplicity. The mood as a whole, fusing crime noir and slpastick comedy, is very similar to the early 1990s video game Sam and Max Hit the Road, but the target audience won’t remember that either. What they will remember is the fast-paced chases, the gags and the ridiculous situations. It’s a winner.