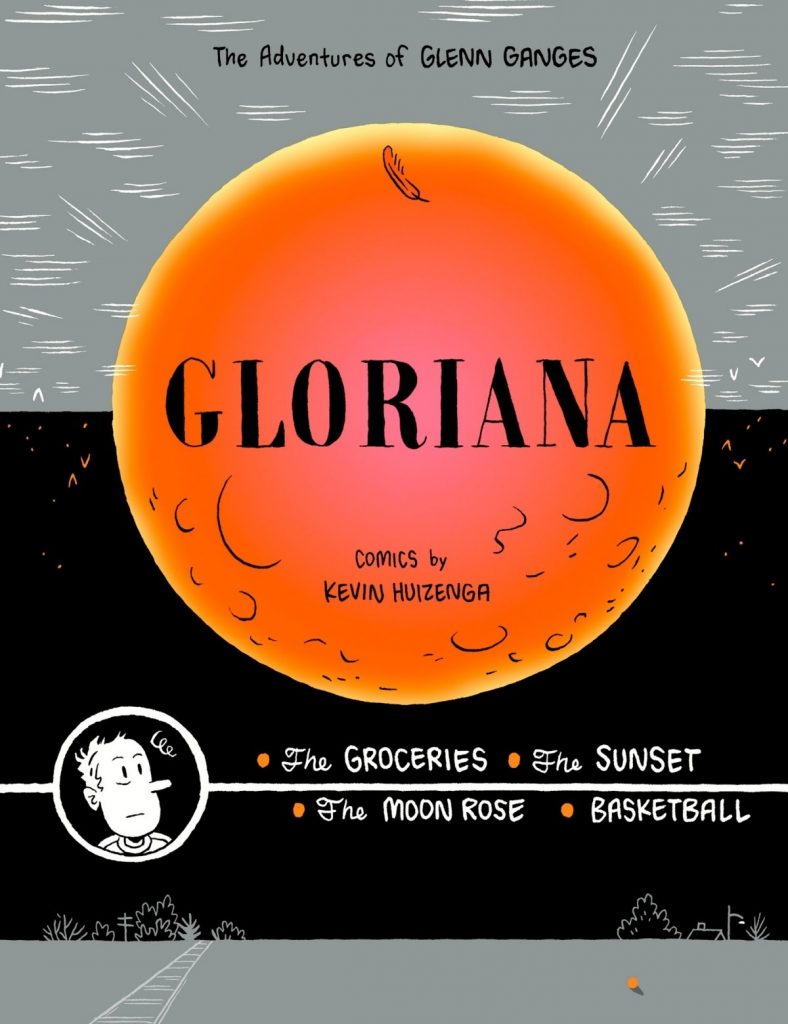 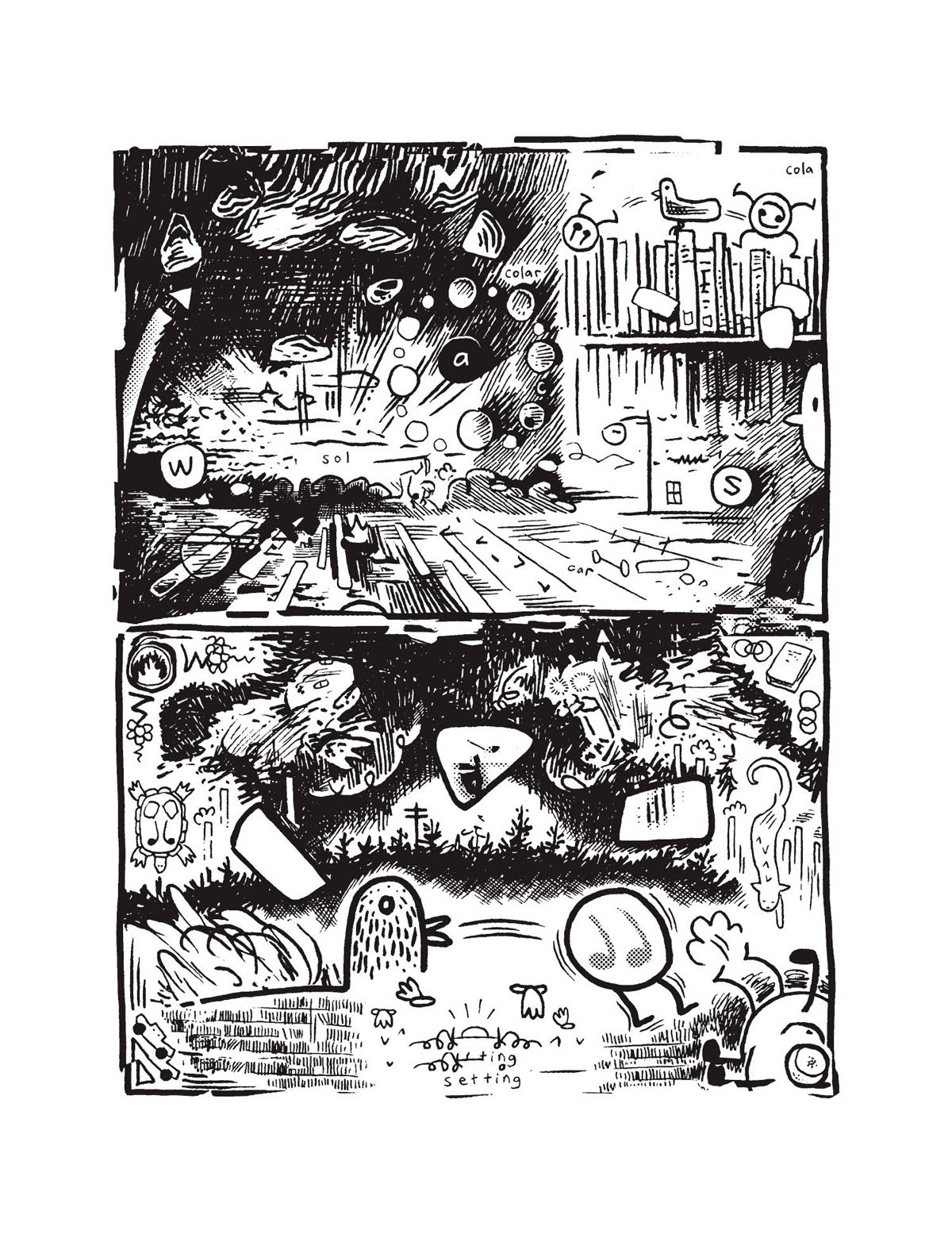 Kevin Huizenga prefaces the four stories comprising Gloriana with a trio of word diagrams, each with complex structures, lines leading from from one word or feeling to another, which may well be connected to another part of the word tree. It’s an appropriate introduction to what’s an examination of possibilities, both within narrative stories and those exclusively available within the structure of comics.

While ambitious and very tidily drawn, that’s both a strength and a weakness. The experiments with form keep adding layers to simple events, such as the couple unpacking groceries in the first story. The woman is pregnant, and each protagonist extrapolates a possible set of events stemming from that, then revealed as fantasy rather than the presumed progression. ‘Sunset’ takes this further by having the same man, the whimsically named Glenn Ganges, so overcome by the beauty of a sunset that he can’t make sense of the complete experience. The sunset is perfection, and the story is an attempt to co-ordinate the events leading to it in order that they match the perfection. It’s a repetitive re-jigging that rushes toward incoherence, of which the sample art forms a page. Huizenga then reflects that by taking a different approach to the topic of a rising moon, this more traditional at the start, but becoming an examination of social embarrassment. This time Glenn Ganges runs on at the mouth, aware soon after he’s begun that his audience is lost, yet compelled to continue his explanation to the bitter end. As comics the circumstances involve several pages of diagrammatic explanation, encompassing the science, historical and literary appreciation, and perception of illusion.

‘Basketball’ completes the selection, combining family history and complex family emotions of a child wanting to please a parent by excelling at what the parent loves, but not really having it within them. Their love is second hand, and therefore ultimately absent. It’s bittersweet, and will for most readers be the most accessible story in the book for having a traditional narrative and an emotional strength.

Ultimately, the drawing is nice, and the story construction is clever, but Gloriana is a graphic novel begging for admiration. The skill is there, but the heart is absent.