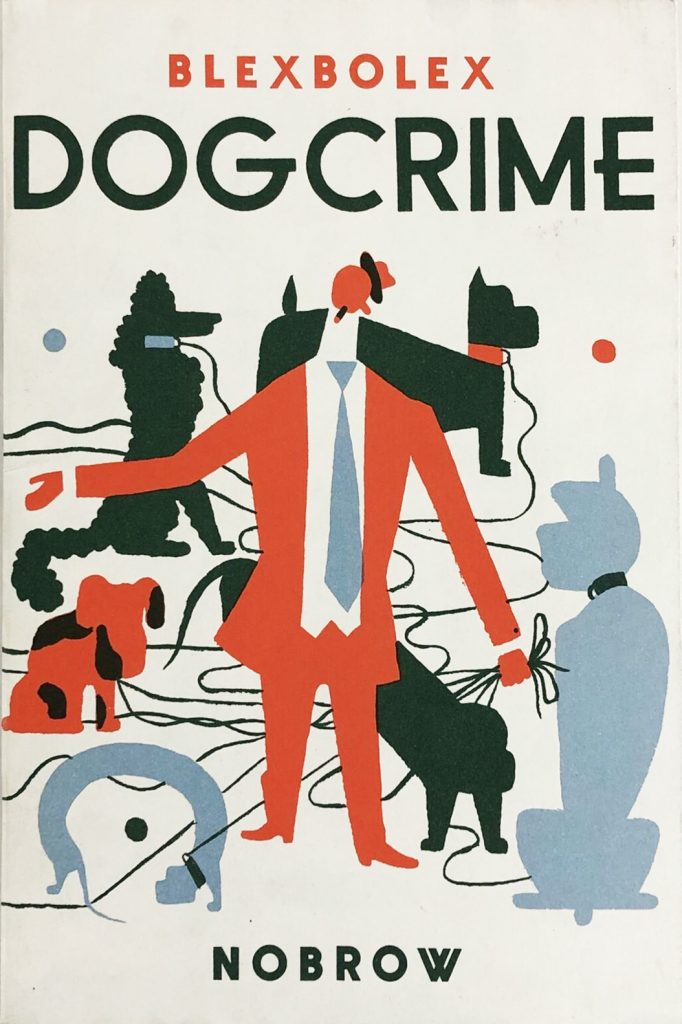 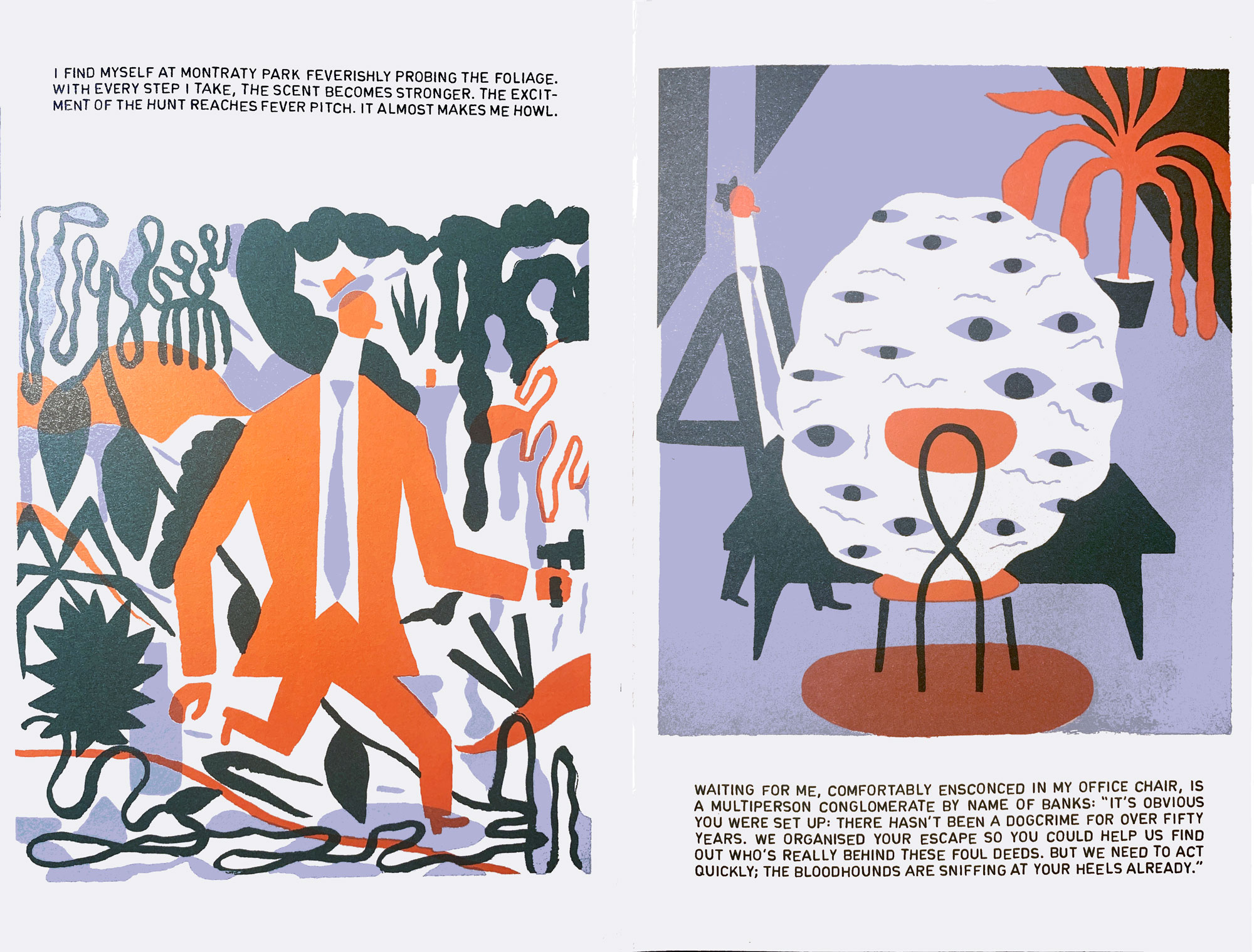 Laura, a dog with an uncertain pedigree, has disappeared. Nobody has seen her all week. A tail reflexology session she was signed up for went unattended. Our hero, a cigar-smoking, hat and suit-wearing private eye of the Philip Marlowe school, takes the case via an anonymous client. He follows the scent to a public park in a slightly doglike manner himself. What he finds is not good. A trussed-up, bleeding and battered canine body hangs from a branch. “It’s a dogcrime. Pure and simple.” Our hero reports this dreadful discovery to the police, but everything goes wrong as he is arrested as the prime suspect.

Dogcrime presents as an intriguing object right from the start. A small flat 24-page booklet printed in three vibrant colours, with a cover that slides off to reveal an intricate second cover underneath. The twenty pages of story are so beautifully composed and graphically pleasing thanks to Blexbolex’s skill as a designer and printmaker, each one could be framed as a print. He uses all this attractive image-making to pull you into his mystery story told with equally well-written deadpan, ironic narration in a hardboiled noir voice, navigating a Philip K Dick-style science fiction world where conspiracies and secret agendas can destroy anyone just for not paying attention. Short and punchy, the visual clichés deliver the absurd plot with huge style and even the ending seems like an extreme version of typical noir fiction, a joke to wake up from rather than a dead end.

There’s not much else to it: a brief immersion in an alternate reality, told with wit and immensely well-designed pictorial flair. The cover art is intriguing enough to pull in anyone attracted to graphic puzzles, which will include those familiar with Blexbolex’s other books, particularly People and Seasons which are designed to be enjoyed by readers of all ages. But if the title doesn’t clue you in, parents should be advised that this is very much NOT to be read by children. Unlike his more commercial work, Dogcrime features some disturbing and violent text and imagery.

Produced in a relatively limited edition, Dogcrime has been out of print for years and copies are prohibitively expensive now. But rather than paying crazy prices for a used copy, you could buy the French version Crimechien instead for a fraction of the price. It comes in a much more deluxe format as a hardcover, twice the size of the translated version, with foil blocking beneath the dust jacket, and the images arranged one to a spread. Blexbolex liked this premise enough to revisit it at length in a sequel two years later, No Man’s Land, a 140-page hardcover graphic novel.