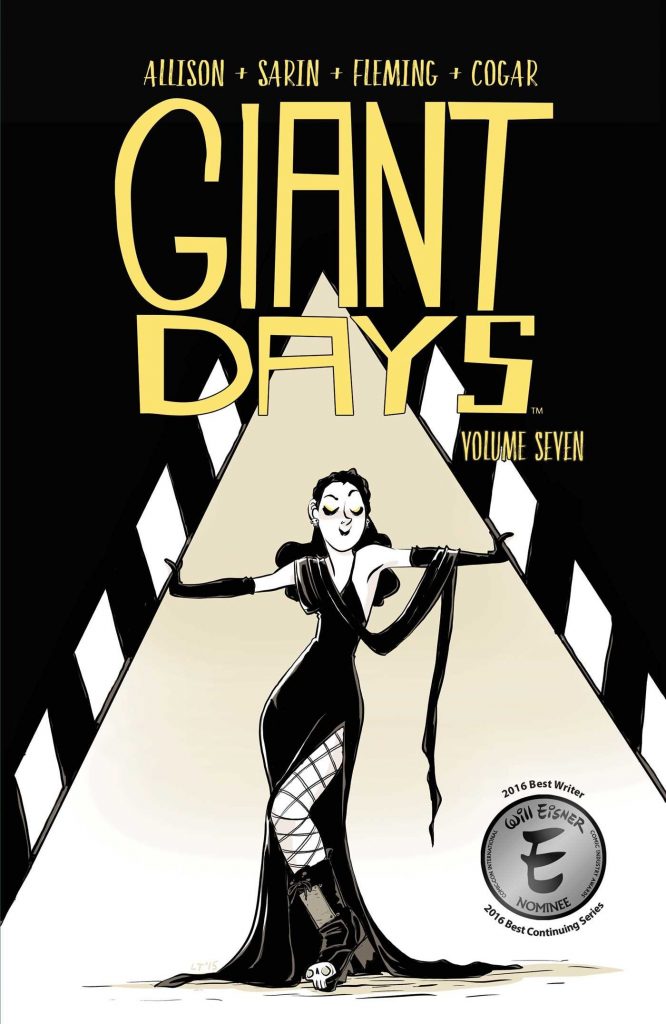 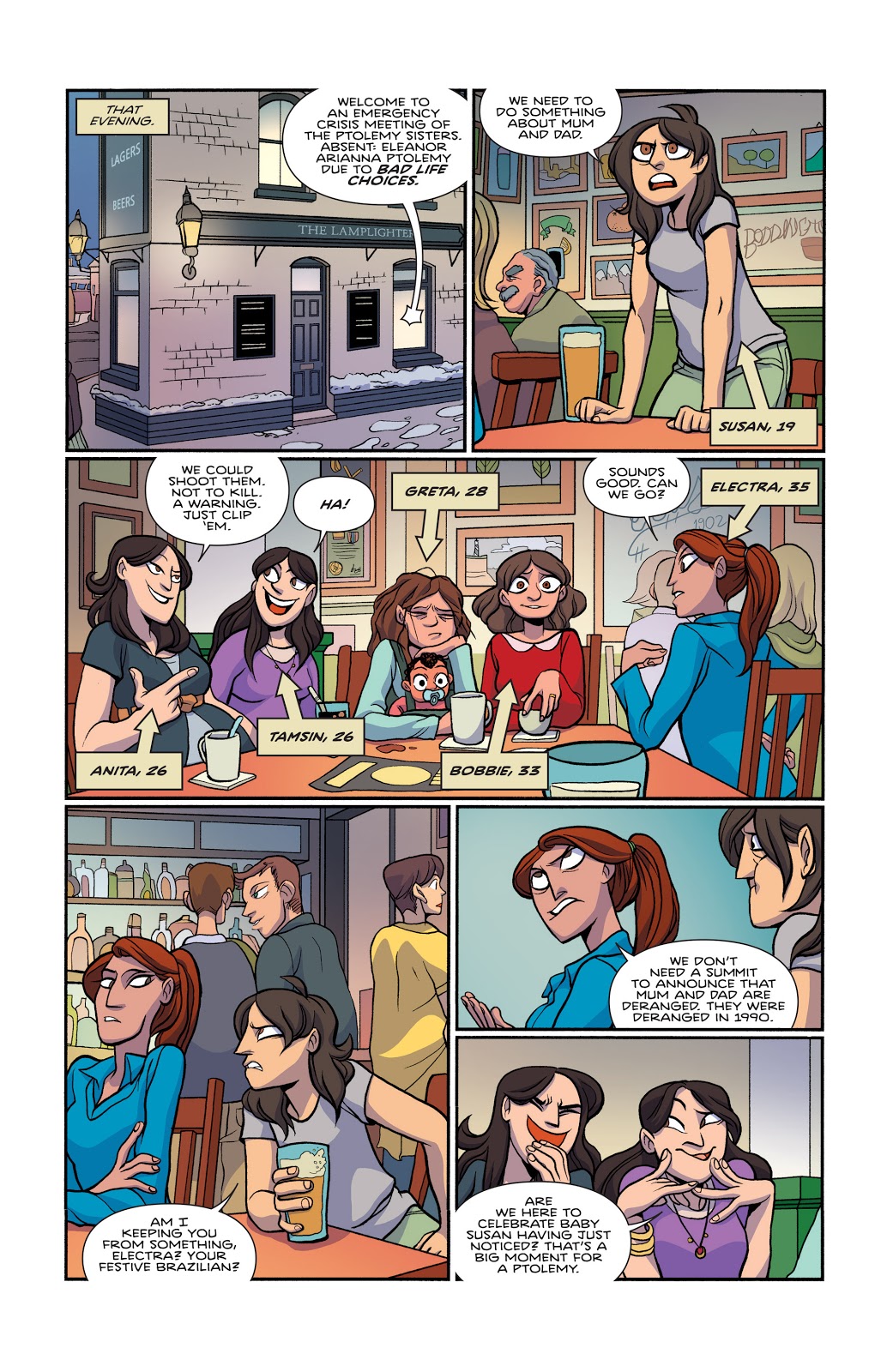 John Allison moves time forward quickly in the world of Giant Days. The new university year only started in volume six, and we’re already at the Christmas holidays for the opening chapter of volume seven. He and Max Sarin have already prepared us for that by introducing Susan’s father last time around, in magnificent fashion, and it seems the marital life of the senior Ptolemys runs as smoothly as their daughter’s love life. As the youngest sister of six Susan is the only one not to have come to terms with this, and the first episode is her farcical attempts to heal a chasm. It’s a perfect domestic comedy, and Sarin shines in constructing the entire family, earning extra credit for taking the parents into account and not just making them all look slightly older variations on Susan. Yet in the context of this collection, it’s just another story.

Over the second chapter it seems as if Dean, Ed and McGraw have taken the series over, but that’s just the introduction to the mystery of Dean’s girlfriend and the joyful surprise of where he met her.

Anyone who thought that Esther was shallow and ill-informed has their suspicions confirmed in the third chapter, and Sarin really shines on the closure, illustrating the hallucinogenic problems of sleep deprivation. She twists the panel borders into curves, slams them together and sometimes does without altogether in what’s a cartooning tour de force.

Looking from the outside, Giant Days appears just one smoothly oiled gag machine, each successive graphic novel building on the last and offering an insanely high number of laughs per collection.