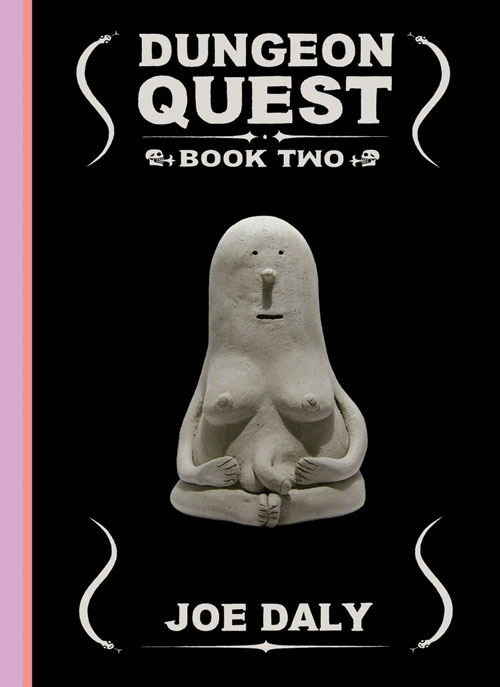 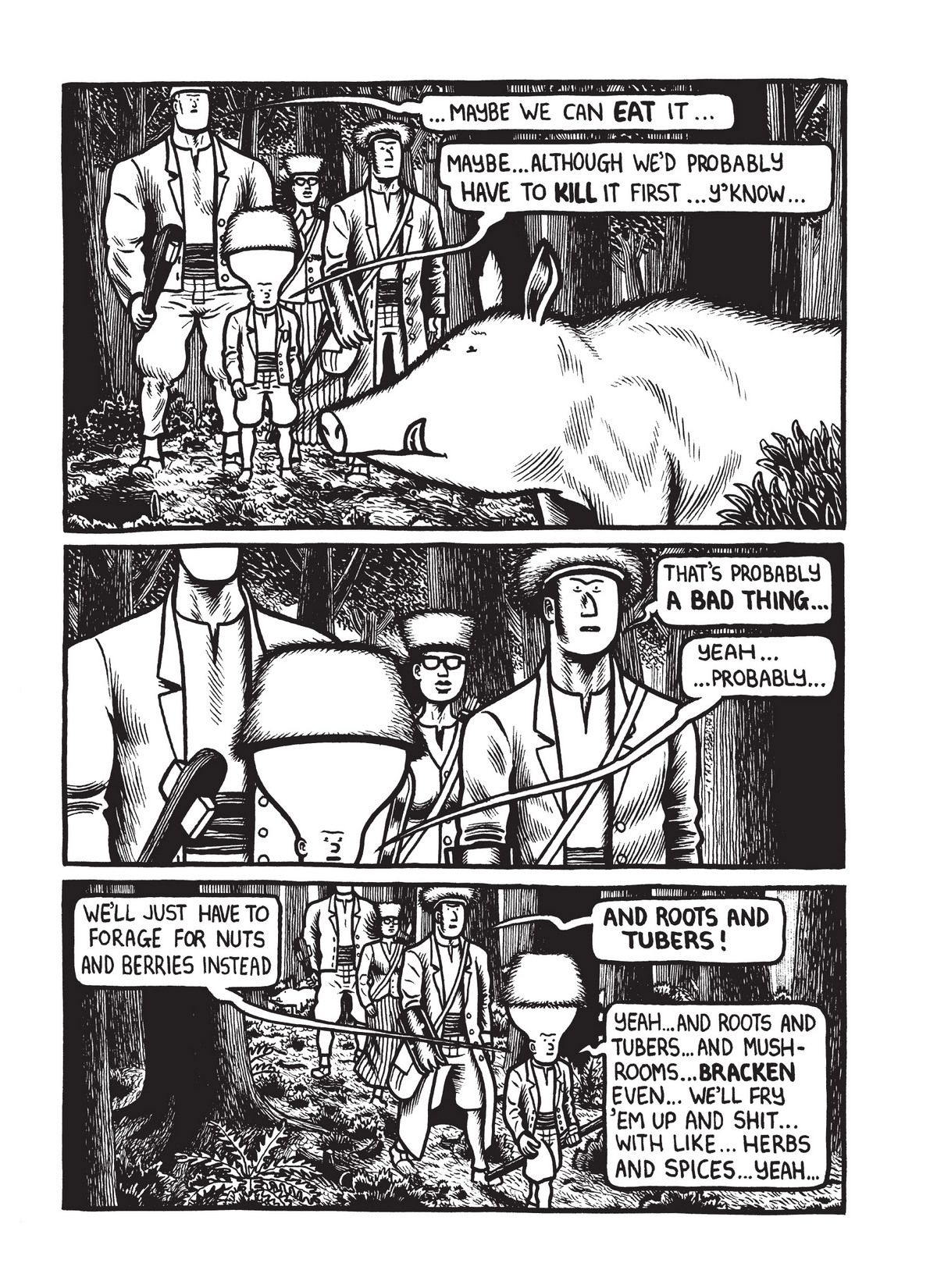 Steve: “Do you think we’ll get more weed during our quest, like other kinds of weed….like better weed… and like, find interesting kinds of pipes and chalices to smoke it in?”

Millennium Boy: “Oh, I think we probably will, Boet… the chances of it not happening are pretty much negligible…”

Joe Daly’s dysfunctional heroes Millennium Boy, Steve, Nerdgirl and Lash Penis (don’t ask) continue their twin quests to find and reassemble the missing pieces of the legendary Atlantean Resonator Guitar. They’re, simultaneously navigating the gloomy depths of Fireburg Forest in search of the prophet/poet Bromedes to return a rather private item loaned to one of his students. Danger abounds but our heroes are undaunted in their quest to find meaning, adventure and good quality weed.

Daly infuses his characters with personalities we can instantly recognise and relate to. Millennium Boy hides his insecurities under his intelligence, condescending to the older Steve who lacks confidence, but makes up for it in loyalty. Nerdgirl is the atypical sullen geeky young woman with depths of inner strength while Lash is the steroid fuelled meathead with a surprisingly sensitive soul. The four make up the characteristic adventuring party of the fantasy role-play settings – the mage, the rogue, the warrior and the archer. The quirky dialogue parodies the dialect common to the coastal regions of his native South Africa, words like ‘boet’ (brother) and ‘oaks’ (meaning guys and commonly spelt okes) idiosyncratic to English speaking South Africans. Colloquially it is accurate, but also likely to distract readers unfamiliar with it. Artistically Daly has improved, his confidence blossoming with every chapter and it is evident right away. The characters are better drawn, emotions shining through to drive sequences with more energy. The opening scene superbly captures the foreboding gloom of Fireburg Forest, the contrast of Daly’s underground comix style contrasting well against some intricate backgrounds.

Dungeon Quest never takes itself seriously while remaining true to the underground traditions of irreverent and social commentary and satire. Daly pokes merciless fun at the fantasy genre, catching the group dynamics of role-players so well, and encapsulating that human desire to escape reality for a while. In the same breath, don’t try too hard to make sense of Dungeon Quest. The plot is seemingly random, Daly a master at making you question whether the situations are fantasy or possibly real. The humour is typically South African and captures the nation’s enjoyment of humour that is “lekker stout”, a bit naughty. Since the group spends regular portions of their time stoned the dialogue fits, frequently funny as it reflects those hazy and surreal conversations. While this plot is still random, it isn’t quite as random as either its predecessor or its successor, the narrative more fluent with the introduction of specific quest goals. This may or may not be a plus, the creator certainly expressing dissatisfaction with how Book Two progressed. There is plenty to like about Dungeon Quest but equally there is plenty to offend. This is not a book for children or the sensitive.

The ridiculous and irreverent pursuit of good ganja and the remaining components of the Atlantean Resonator Guitar continue in Dungeon Quest Book Three.