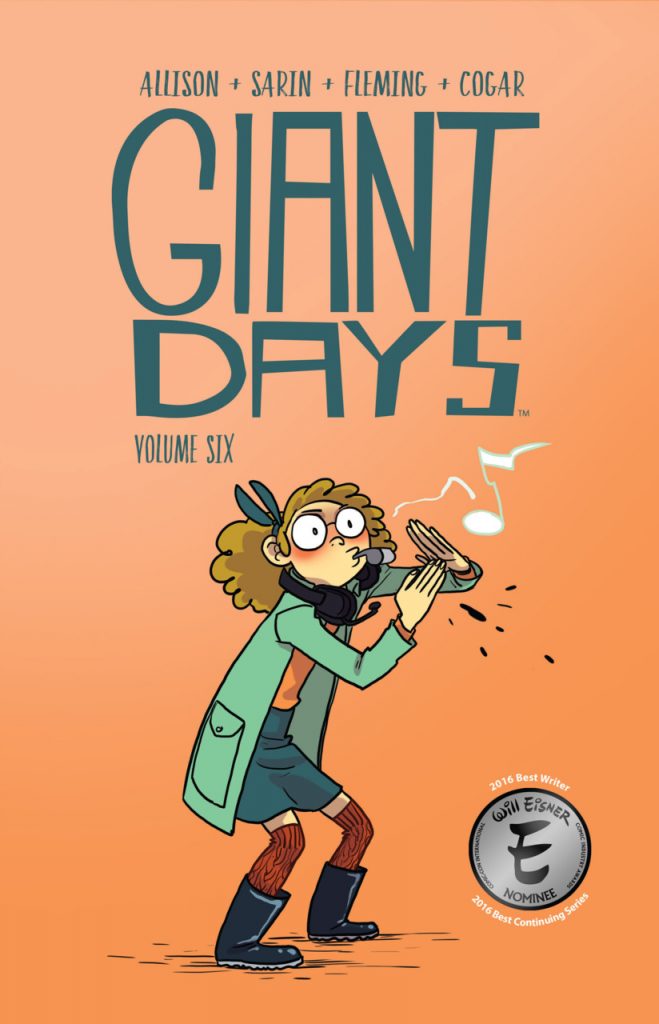 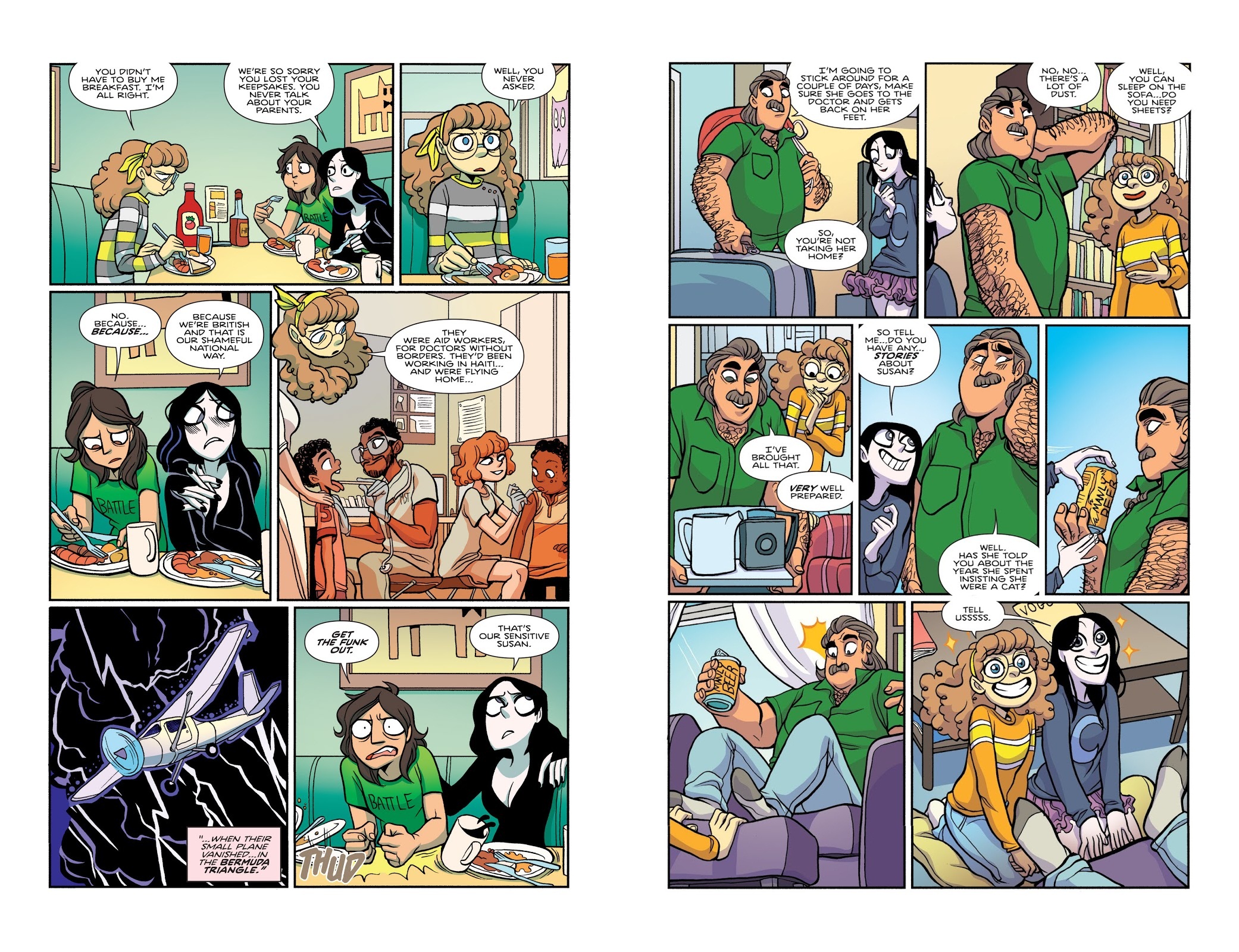 Daisy, Esther and Susan returned to Sheffield in preparation for the start of their second university year in volume five, and as we’ve now moved forward to mid-October, term has begun. That may be what the back cover blurb tells you, but there’s precious little consideration of education over the four sparkling slices of comedy drama presented here. John Allison and Max Sarin’s collaboration is tight, there have been Eisner Award nominations and because there’s now the confidence that collection will follow single issues, the subplots are rolling out to be dealt with in future stories.

Allison features fine moments for all three lead characters (and several for the supporting cast), but Daisy is the spotlight hogger this time around, although she sort of sneaks into it via the side door. There’s a fantastic moment in the opening chapter when we learn about Daisy’s parents. It’s a real stunner, genuinely heartbreaking, yet also with the defining sense of the ridiculous Giant Days has about it. We couldn’t keep it to ourselves, so it’s the sample art, showing also how great Sarin is at defining emotion. In terms of comedy, she’s now drawing the cast with more pronounced eyes, to good effect, and has some wild, loose poses.

The way the three characters are set up romantically has been clever from the start. Susan is festering over a dead relationship, Esther’s given to multiple partners, and Daisy’s been largely abstinent, although the cracks were barely covered in volume five. Now she’s out, and Allison’s created a monster for her girlfriend, the forthright German Ingrid, who lives for the moment with no concern for the future or for consequences. She’s a great disruptive addition to the cast. And making his series début is Geoff, also well conceived down to his Northern speech patterns.

An uncharacteristic moderate quality dip occurred last time round, but this is business as usual, hilarious, well drawn and compelling. The cherry on the cake is a couple of hilarious discussions about superheroes, and Esther’s comic shop job continues in volume seven.