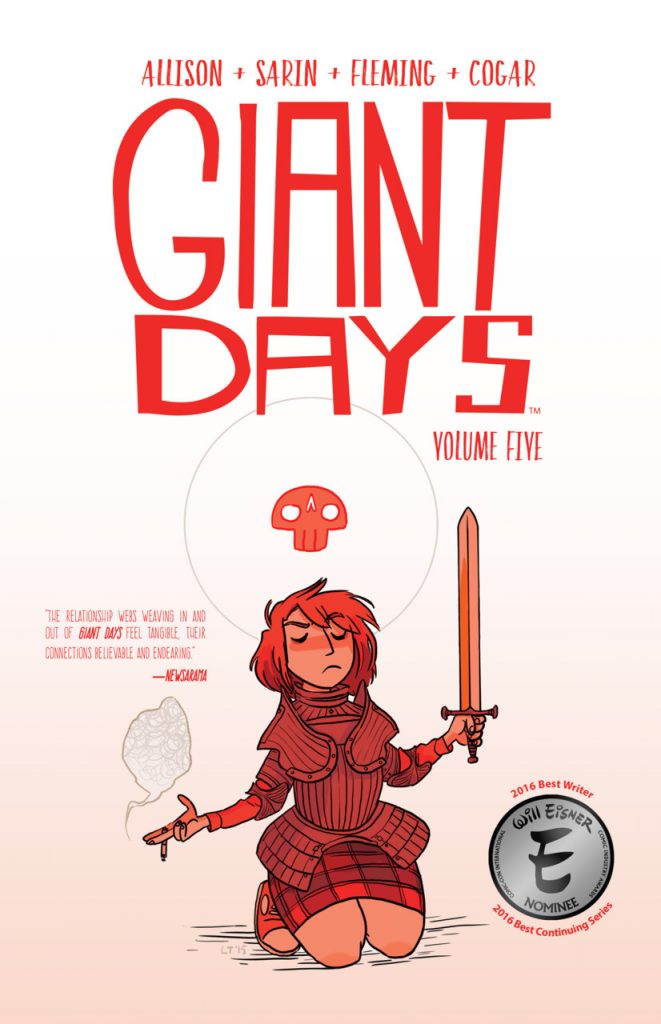 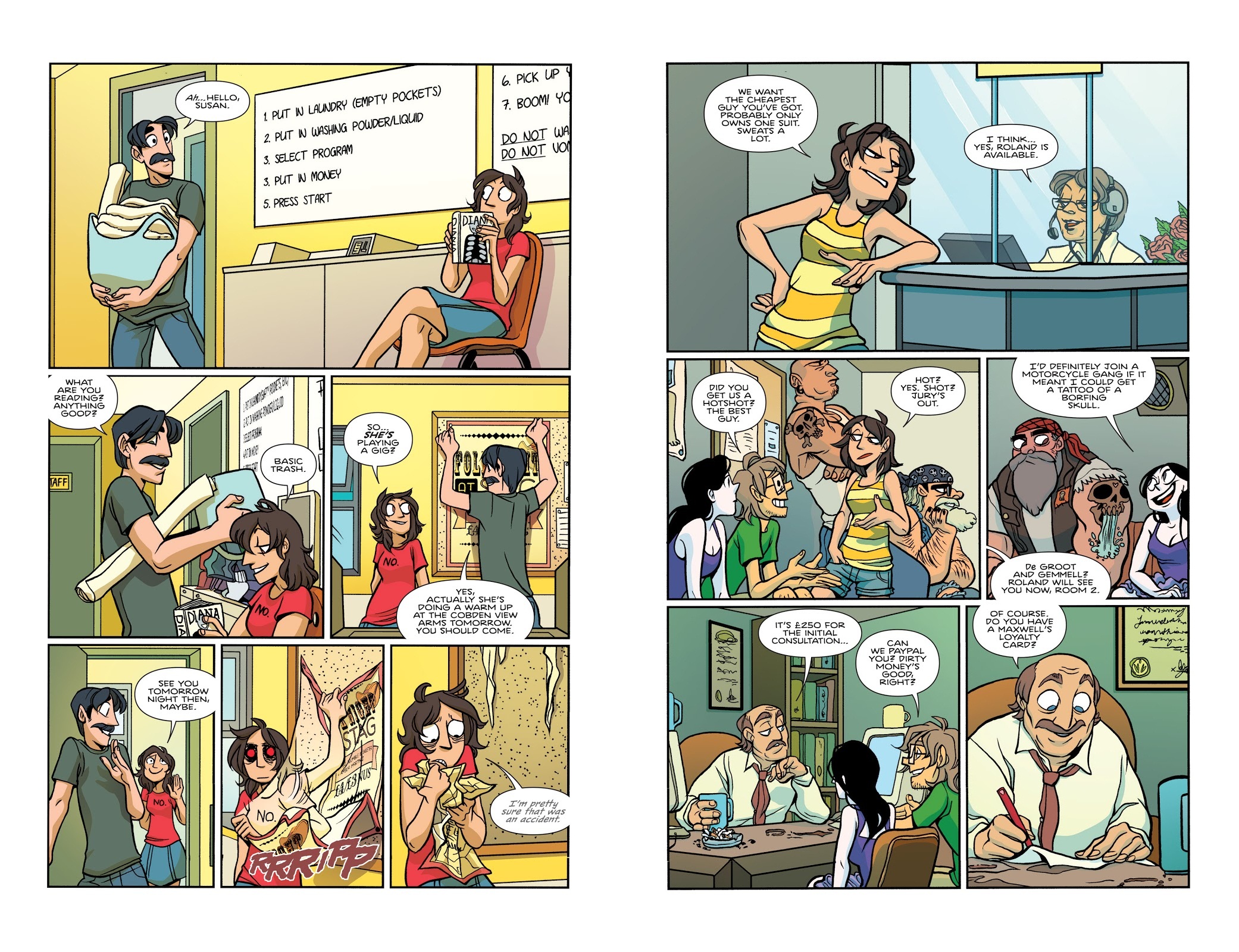 Firstly, while we’ve loved every volume of Giant Days so far, glance at the cover to volume five quickly and the prominent Eisner Awards logo might give the impression the series has actually won an award. Despite being on the admittedly exclusive shortlist of five nominees, it hasn’t. Yet.

Good as it was, volume four was very much focussed on Esther and her assorted problems, but here we’re back to an ensemble cast. Esther still has problems, and will always have problems, Susan is obsessing about ex-boyfriend McGraw to the point of stalking, and Daisy has a temperamental archaeology supervisor. As the collection begins, for all them the end of the freshman year is approaching, and by midway it’s over. What do students do in the summer? They go to festivals. And what always happens at festivals?

Strangely, given the comedy potential, the festival interlude is John Allison’s weakest and most predictable story, not just because the cast are removed from their usual environment, as that’s worked fine before. Never mind, as the remaining three chapters are the usual finely tuned, snappy comedy we expect from Giant Days, character rich, consistently surprising, and redolent of your own student days, the final episode surely relevant if you’re a chap.

Also to be expected is that Max Sarin’s cartooning matches the script. The sample pages are from two different episodes, but she’s great on all of them, her peak here possibly the single panel of a sleazy combined delivery and handyman in the final story.

That’s the start of the second year, new homes, new aspirations and a trip to IKEA. What could possibly go wrong? The festival episode is a strange lapse into merely ordinary sitcom, so this isn’t the perfect volume, but it provides many more laughs than you’ll get from much of what’s considered comedy drama. Head to volume six with confidence.