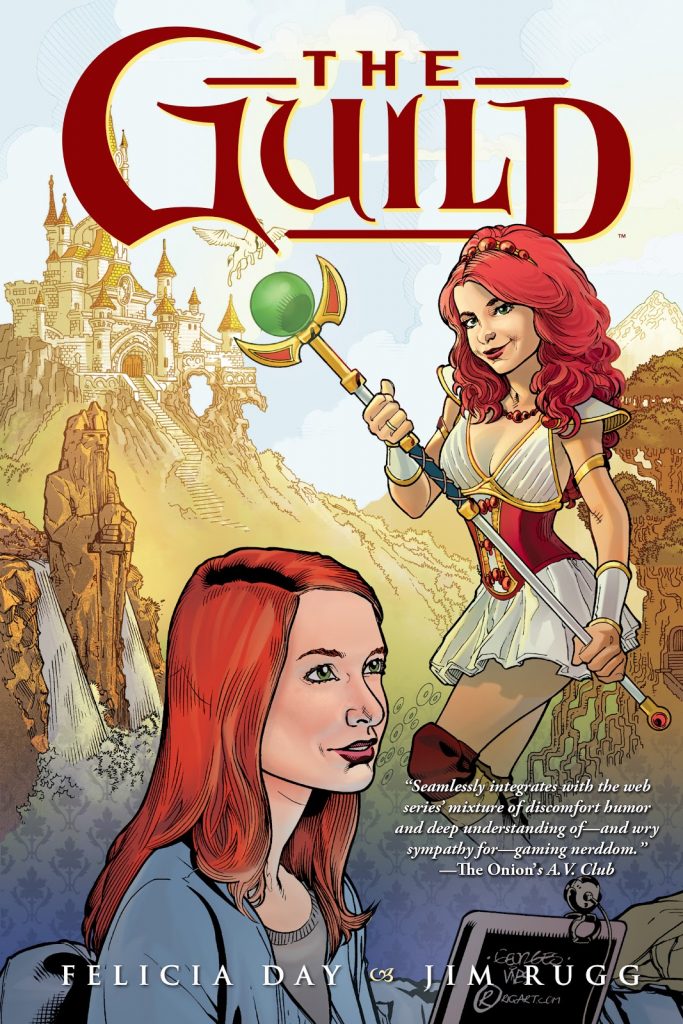 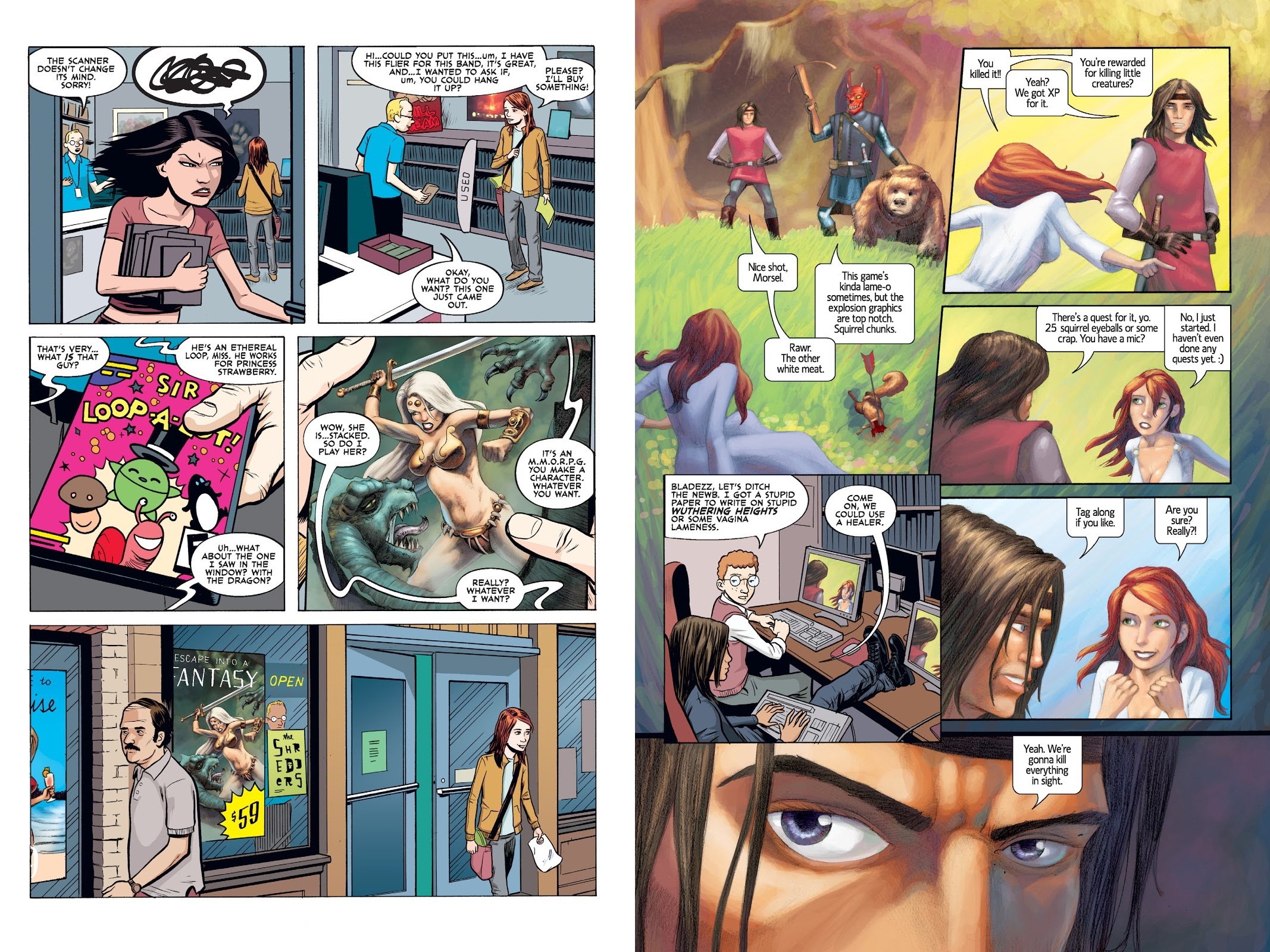 Felicia Day turned her own gaming addiction into the successful streaming show The Guild, in which she played Cyd Sherman, aka Codex, so dedicated to her online gaming that the therapist she saw sacked her. The show was a series of neat four minute comedies that won awards, to which this graphic novel is a prequel.

As the show did, each chapter opens with Cyd speaking directly to the viewer explaining matters. She’s a violinist in a classical orchestra, has a deluded boyfriend convinced his derivative band is destined for success, and suffers from depression, but doesn’t want to take the medication. Her unlikely salvation from the crushing disappointments of life and that manipulative boyfriend is her character Codex in an online fantasy world. Over the course of three chapters Cyd makes first contact with the other gamers who feature in the show, Bladezz, Clara, Tink, Vork and Zaboo, and becomes gradually more immersed in the thrills of the fantasy world, providing a direct contrast with the disappointments of her real life.

Artist Jim Rugg switches between the pencil and ink of Cyd’s day to day life, and lush watercolours of Codex’s fantasy online exploits. He’s more at home with the real life situations, where his neat cartooning captures the way the cast feel, but his fantasy sequences are far more generic, although that may be the point.

There’s a fair amount of charm to The Guild, and one good belly laugh to be had every episode, Day well aware of the desperate excuses made by gamers to keep playing. There’s a poignancy to some scenes, and the distinctive voices of the cast come through, but overall The Guild is a graphic novel to be enjoyed by those hooked by the web series without being likely to convert anyone new. A second volume followed, Knights of Good, and both are combined with some new content in The Guild Library Edition.