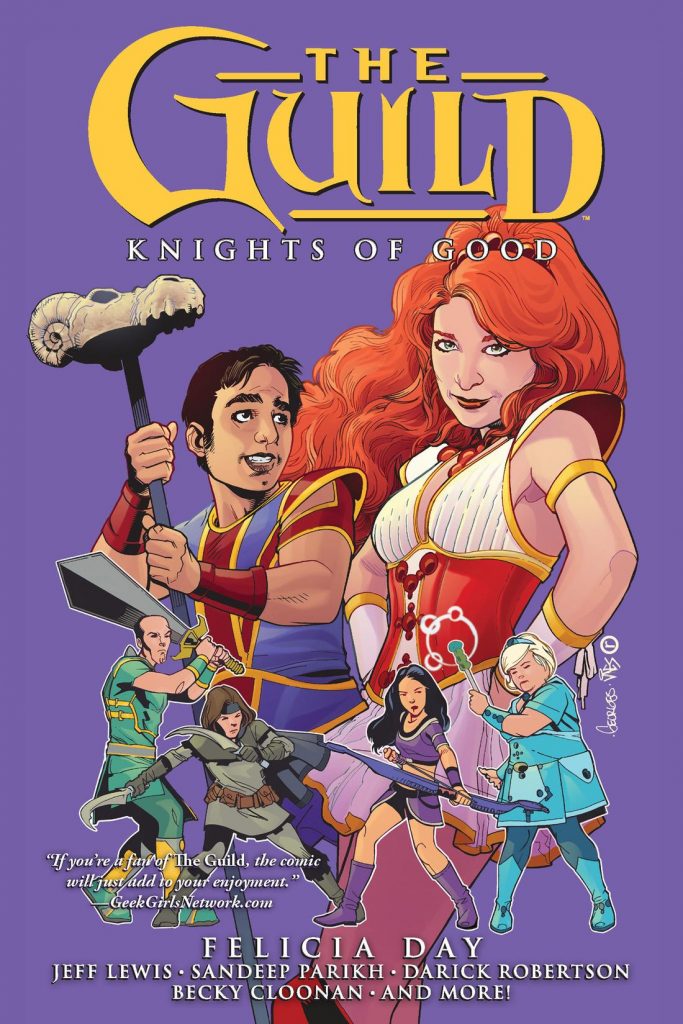 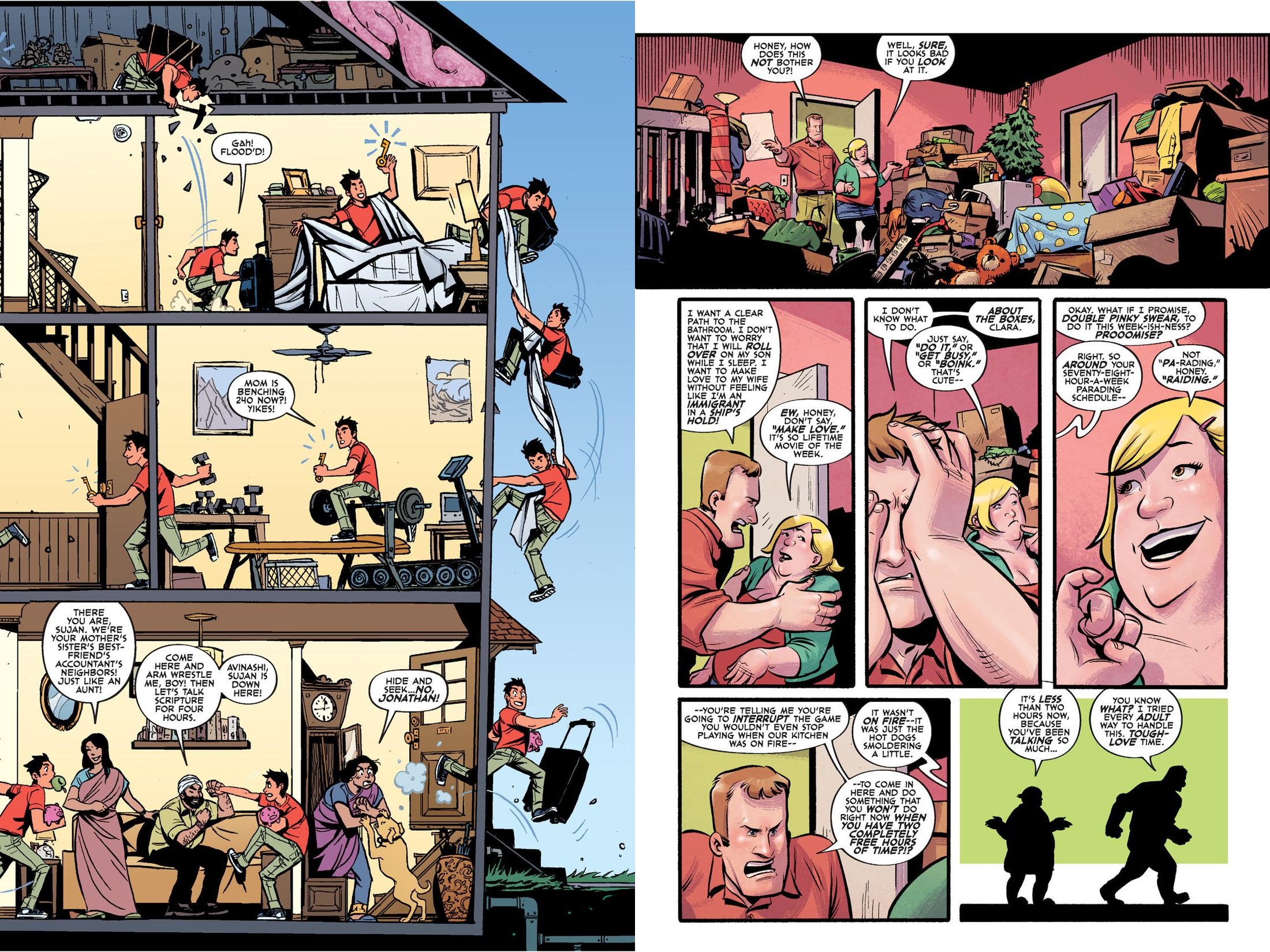 A second Guild graphic novel spotlights the assorted cast members other than Cyd Sherman, whose introduction to the world of online gaming occupied volume one. That was a continuous story, but this is five individual tales, with web show creator Felicia Day writing them in collaboration with the actors who play Bladezz, Clara, Tink, Vork and Zaboo. All of them to a greater or lesser extent use an idealised version of themselves as their online gaming character, and in most cases their heroic stature is in inverse proportion to their real life personalties. Vork, for instance, commanding to the point of arrogance online, yet his daily routine controlled by his manipulative, ailing and disabled grandfather. His is a good story to open with, as the overly officious attitude and demands for adherence to rules are characteristics Day exploits for running jokes through the other chapters.

Day obviously has a good handle on her characters, but the problem is that none of the cast really transcend being one note, so the story has to work around their limitations by packing the jokes in densely. On this count by far the best content is Day and Sandeep Parikh’s closing effort spotlighting Zaboo, which becomes a series of inventive puzzles within the story as Sujan attempts the mission of escaping from his overbearingly protective mother. Artist Becky Cloonan really buys into the idea, and presents some inventive pages.

Otherwise the better chapters are those where the content’s episodic rather than continuous. Tink has concocted a different set of background circumstances for each of her fellow guild members, tailored to their level of gullibility, and under the guise of unpacking the boxes in the bedroom Clara explores her past. To an extent, fantasy sequences notwithstanding, it’s all levels of domestic comedy.

Assorted artists work on the episodes, with Tink’s story requiring several, but all of them have a handle on the requirements, some going for a form of reality, others sticking with cartooning. The sample spread supplies contributions from Cloonan and Ron Chan.

As with volume one, the content will have a greater appeal to anyone who’s invested time with the cast already, as the format enables Day and her collaborators to delve deeper into their personalities and their pasts than is possible in the short video segments. The Guild Library Edition is a hardcover combining this content with volume one, and an extra story about Fawkes, leader of the Axis of Anarchy, which appears in neither.