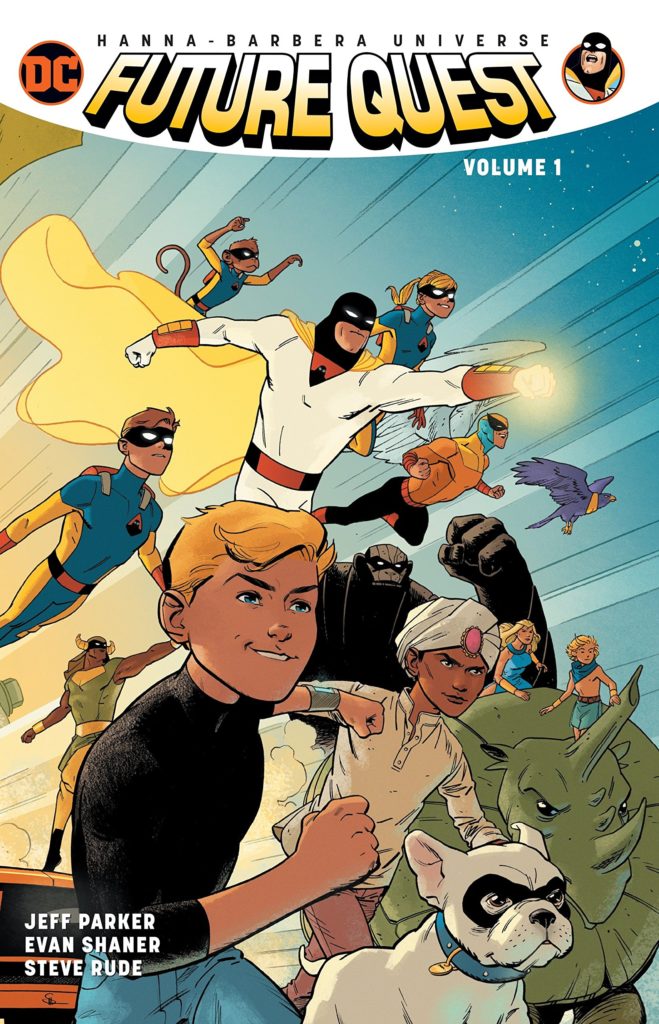 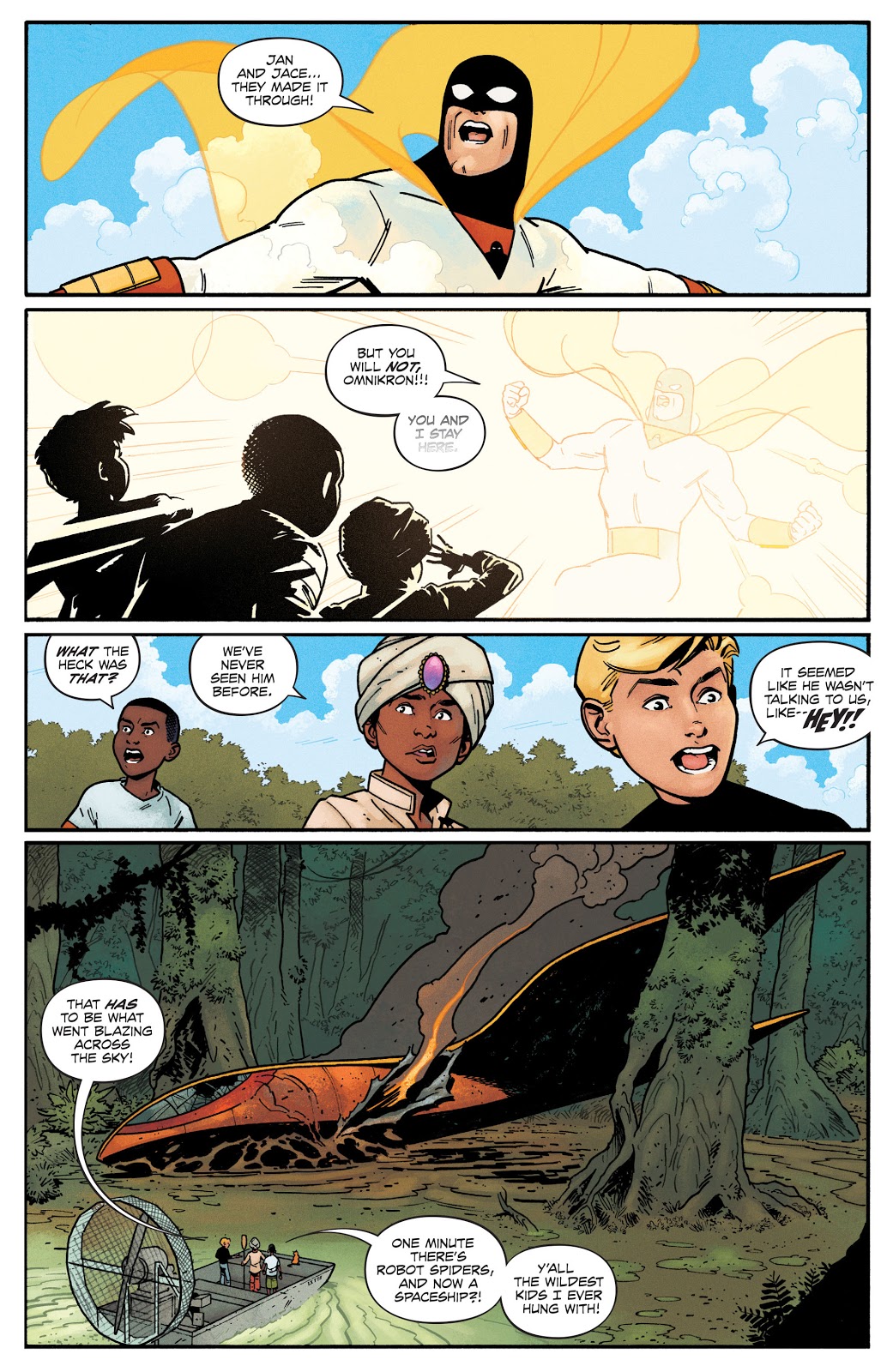 Future Quest starts with the ambition of uniting all the more adventure oriented characters from Hanna Barbera cartoons of the 1960s and 1970s in a single story. A possible pitfall is the features differing wildly in tone, from the thrilling, almost real world of Jonny Quest to the madcap nature of the Impossibles. A further possible pitfall is that some characters haven’t been seen since their brief 1960s run, those Impossibles being an example. Jeff Parker, however, has a facility for adventure stories, one of his earliest works The Interman falling squarely into the genre, and rather than using the comedy characters to set the mood, everyone included adapts comfortably to the world of Jonny Quest.

The plot is sparked by Dr. Benton Quest tracking alien deposits arriving on Earth via vortexes, and his old enemy Dr. Zin also aware of them and their value. Birdman joins the Quests, Space Ghost and the Herculoids are employed from the other side of these vortexes, and the cast gradually expands further from there. Parker weaves them all neatly, indicating the assorted secret organisations and their operatives used by each cartoon are known to each other, and that some of the scientists have worked together in the past. Information is supplied as a fast paced chase from one location to the next occurs, and in shorter chapters explaining who assorted characters are, their backgrounds and what they can do. In an essay after this opening part Parker also credits Darwyn Cooke for the great input and enthusiasm for a series he’d never get to work on.

Evan “Doc” Shaner draws more pages than anyone else. His clear approach ideally suited to an adventure featuring multiple characters, and he relishes the chance to thrill with dinosaurs and cavemen while no slouch with a modern day state of the art laboratory either. Other artists take their lead from him in slightly redesigning characters to ensure there’s a cohesive look to the pages, and that everyone fits together. Ron Randall and Jonathan Case mesh well on the lead strip, while the other named artists take on short back-up strips, Steve Rude earning his cover credit for contributing nine pages. They’re by Rude, so by any standard they’re good, but lack the flair of his best work. Parker also gets to draw a short, and doesn’t look out of place.

Fun has been the object, and fun is what’s supplied, setting everything up nicely for the big finish in volume two. 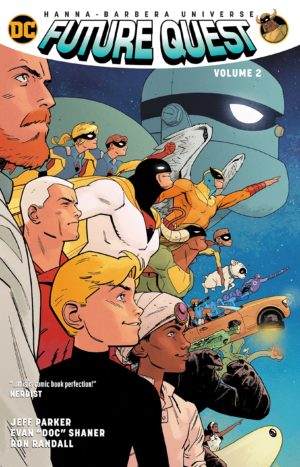