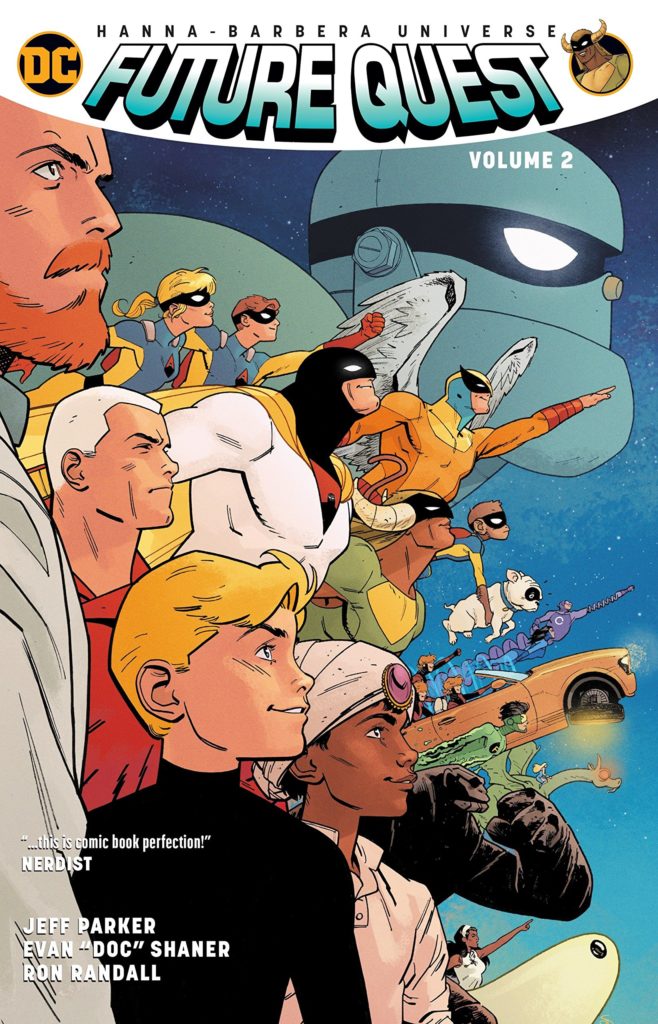 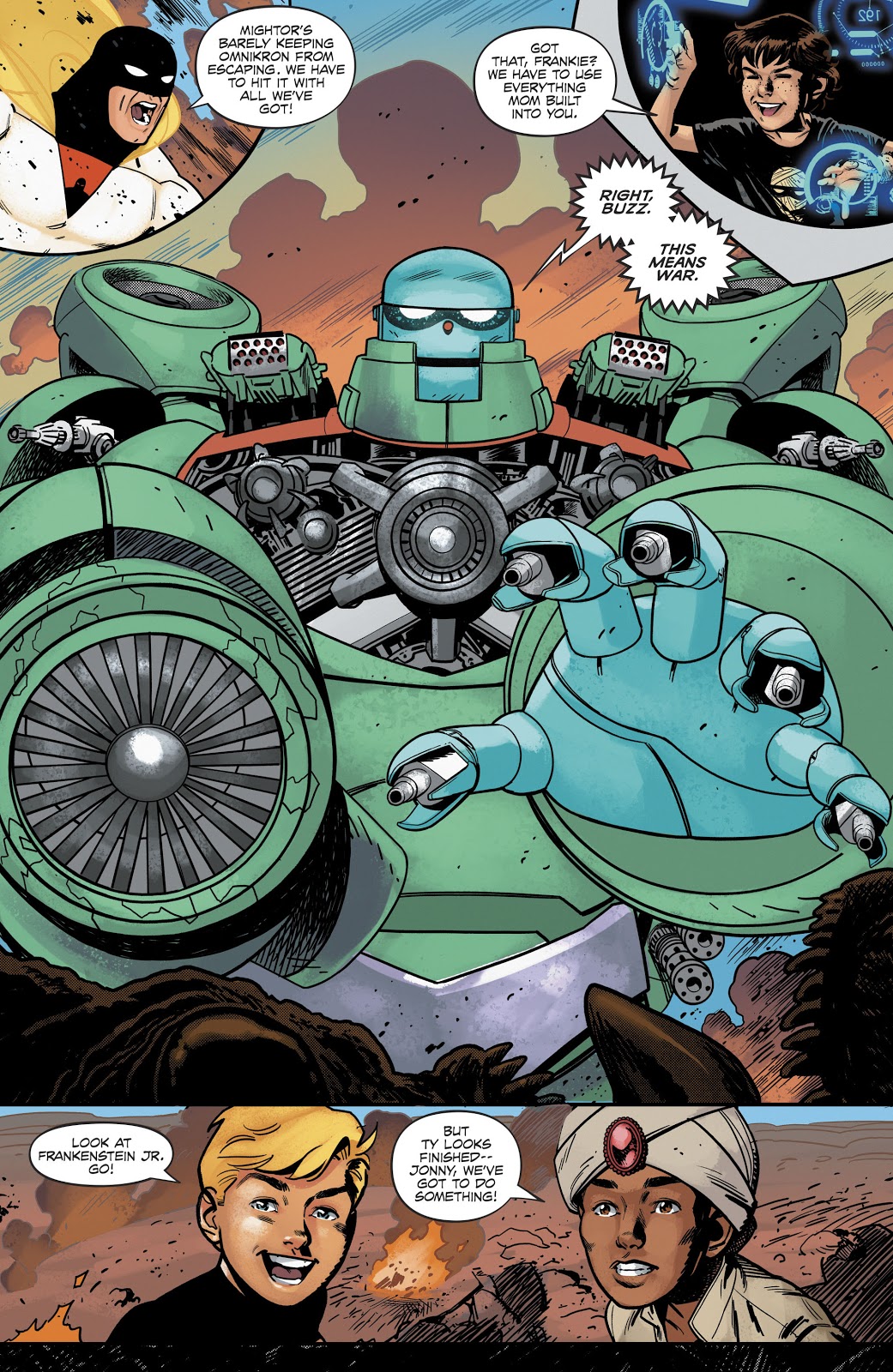 Over the first part of Future Quest the assorted heroes from Hanna Barbera cartoons came together to deal with threats pulled out of time and space emerging on Earth through vortexes, basically tunnels to elsewhere that open in the sky. While both Dr. Benton Quest and his enemy Dr. Zin tracked the openings, even the latter came to realise it was connected with something that shouldn’t be let loose on Earth. Unfortunately there are people equally as evil in Zin’s organisation, but lacking his common sense and capacity for self-preservation, so Omnikron emerges.

Over the first half of the story Jeff Parker kept the action coming, and the characters interesting, so sees no reason to change a winning formula. He’s now involved Jonny Quest, Space Ghost, the Impossibles, Mightor, Birdman, Frankenstein Jr and the Herculoids, along with their supporting casts, and has a part for all to play. Most prominently on Jonny Quest, but with several other Hanna Barbera cartoons, a young boy was included as the identification figure for the intended audience. A neat aspect of Parker’s writing is how seamlessly he incorporates several versions of what are essentially the same adventurous and plucky youngster, distinguished only by their appearance. For a long while it seems as Hadji is to be treated as a background character, but he’s allocated a few nice moments near the end.

His pages were good on the first half of Future Quest, but as per the sample page, Evan “Doc” Shaner excels here, delivering the final two chapters really imaginatively. So many characters being involved and the sheer size of Frankenstein Jr would pose problems for some artists. But Shaner makes them all welcome without crowding the pages. In any other context Ariel Olivetti’s contribution would stand out as nice art, but his form of realism and not using panel borders is too far removed from the established consistency. Ron Randall copes with that, but his pages begin to look rushed.

Parker hits all the right adventure notes, works well with a large cast, and gives a natural feeling to very different people meeting and working together. DC’s use of the Hanna Barbera characters has been creative and appealing, and Future Quest fits right in.