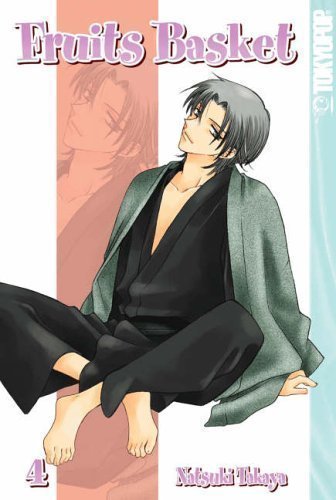 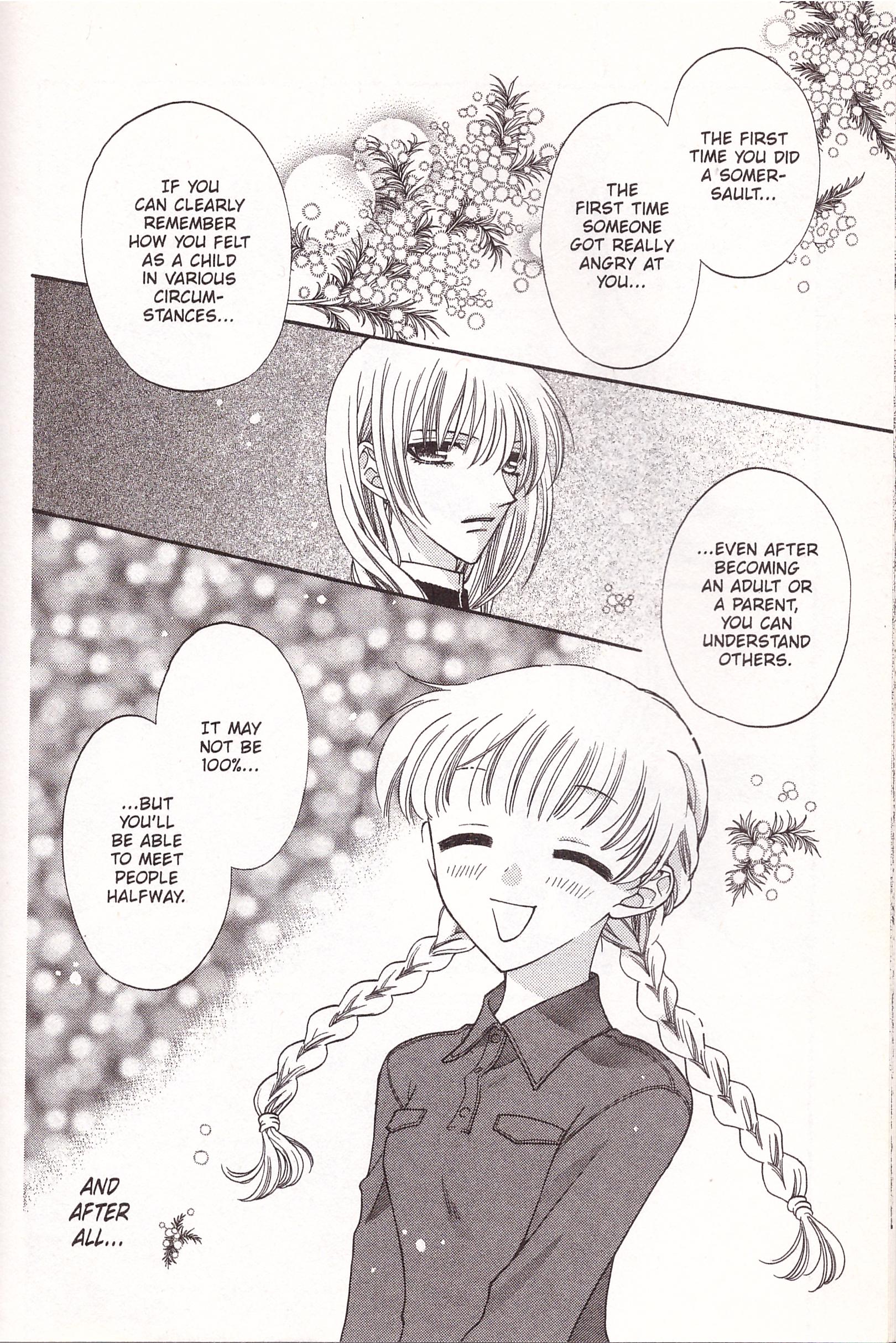 Fruits Basket 4 is notable for the introduction in the second chapter of Akito, another Sohma family member and one whose series presence is second only to Tohru Honda, through whose experiences we first met the Sohmas. Although he’s been mentioned before, indeed even had off-panel conversations, he’s never properly been seen, and is a welcome addition as it seemed during Fruits Basket 3 that the series had dropped into standard high school comedy drama. Akito’s seeming malevolence and his unreadability make him far more intriguing than the more manipulative Shigure, and the fiery Kyo, despite his presence only being brief.

What began as friendship is now more obviously developing into attraction, as Tohru finds squabbling brothers Kyo and Yuki equally alluring. An element that sets Fruits Basket apart from other high school dramas is that Tohru’s frequently referred to in disparaging terms. We know she’s good-hearted, considerate and optimistic, yet we’re told she’s also relatively plain and perhaps not the brightest. That seems to contradict the emotional intelligence she’s already displayed several times, and a nice touch is how often she makes reference to her mother’s words of wisdom.

It’s an indication of the emotional depth Natsuki Takaya ensures underpins her characters, although this is a slow release procedure. There’s another example in the fifth chapter where Momi, the most trivial member of the Sohma family introduced to date, explains the heartbreak of giving birth to a child who transforms into an animal. Fortunately, there’s the Sohma family memory wipe available. Beyond Akito we’re introduced to another previously unseen family member in pleasingly eccentric, and potentially disturbing fashion.

Some surprising revelations concerning Tohru’s mother await in the final chapter, and it occurs that there’s not been a single chapter of Fruits Basket 4 where we haven’t learned something interesting about the cast. After the disappointing previous volume, it sets things back on track, and Fruits Basket 5 can be anticipated with joy. Fruits Basket 3 and 4 are combined in the second Collector’s Edition.