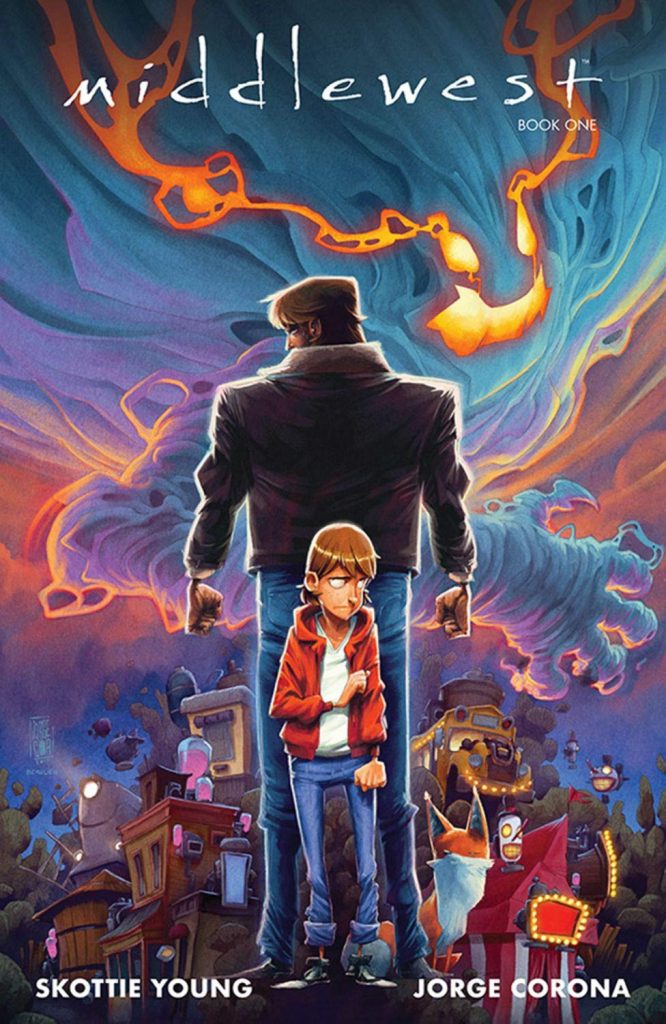 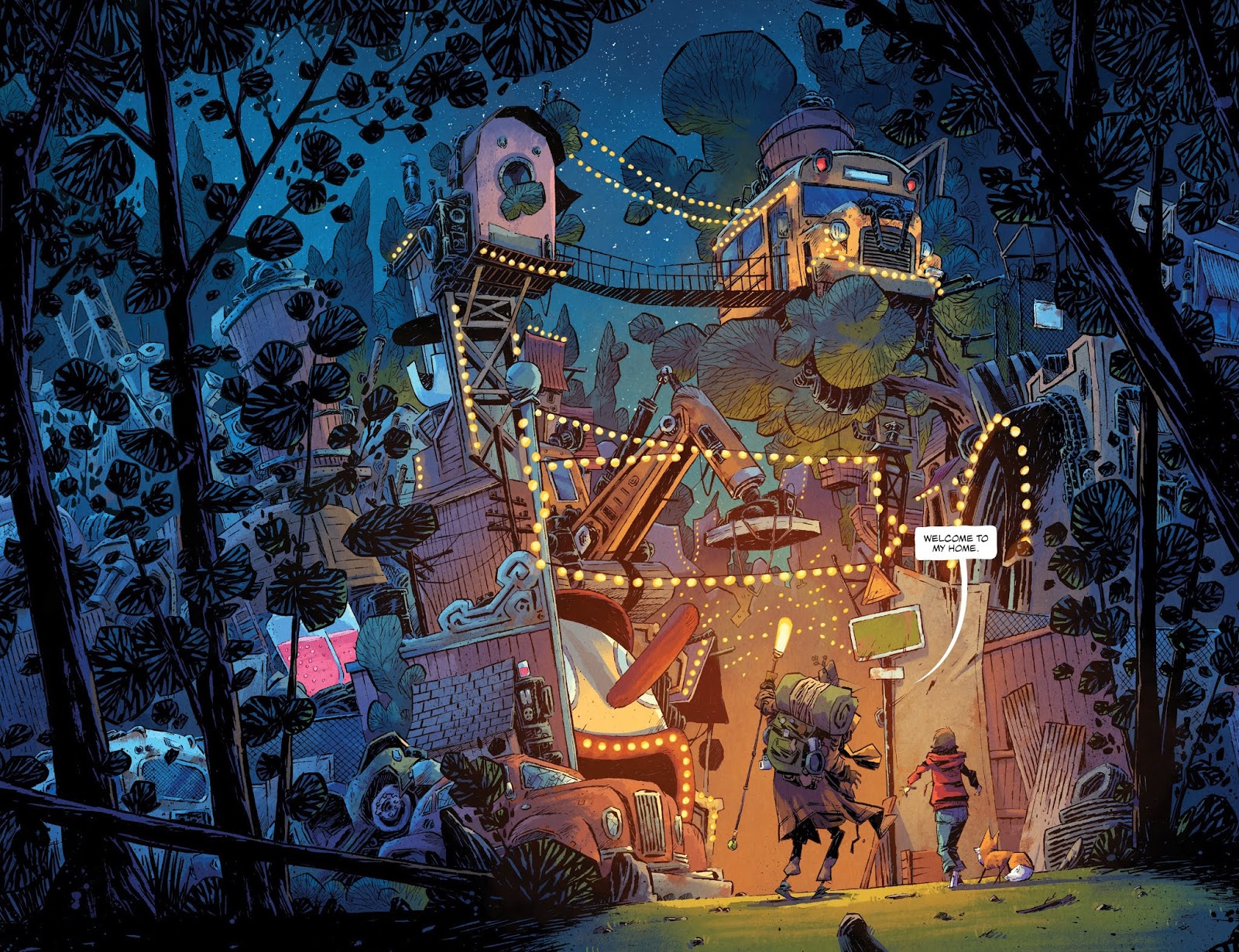 Over a well defined opening chapter we share the problematical life Abel has in the Midwest. He lives in a trailer with a domineeringly violent father for whom nothing is ever good enough, options are few, and for five years he’s been getting up every morning at 4.30 for a paper round. That’s all before the wind, which Abel sometimes feels targets him personally. Still, at least there’s a fox he can talk with. It’s one of just a few touches with which Skottie Young separates Abel’s world from ours in the opening chapter, but these increase as Middlewest continues, and while he doesn’t yet realise it himself, by the end of that chapter Abel’s begun a coming of age quest.

Jorge Corona includes one breathtaking spread per chapter. The sample art is from the second, but the remaining five are equally impressive, and they’re all very different in style and tone. The remainder of the art is just as good, way removed from his Teen Titans Go! pages, to the point of looking like a different artist entirely, yet also working in an appealingly wonky style. Corona fleshes out Abel’s journey by the great details, the houses and cars specifically old-fashioned to induce a timeless feel, and he creates memorably designed people. Jean-Francois Bealieu’s colouring refines the pages, the dark scenes picked out by small bright highlights and the daylight ultra-vivid.

Young and Corona between them also aim for an unsettling world, partly because it’s so much like ours, yet the anomalies are everyday to the folk who live there. Many of the perceived threats are recognisable from our world, while the fantasy additions wouldn’t seem to fit together, but they do. There are no explanations for them, we’re just dropped into Abel’s world and have to accept things as they are, which is no bad thing. Abel’s problems grab us quickly, and haven’t eased up by the end, which is why there’s a volume two. Great! 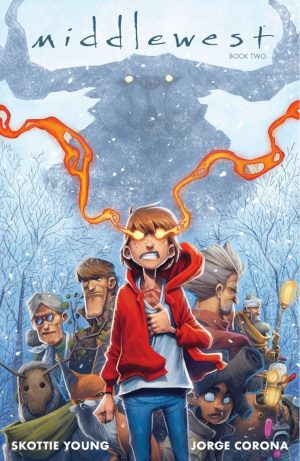 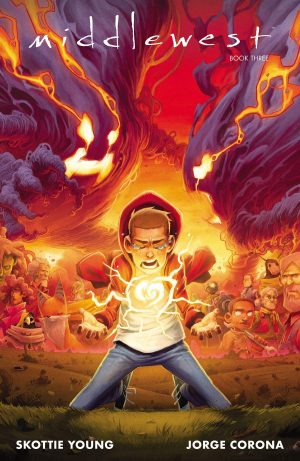