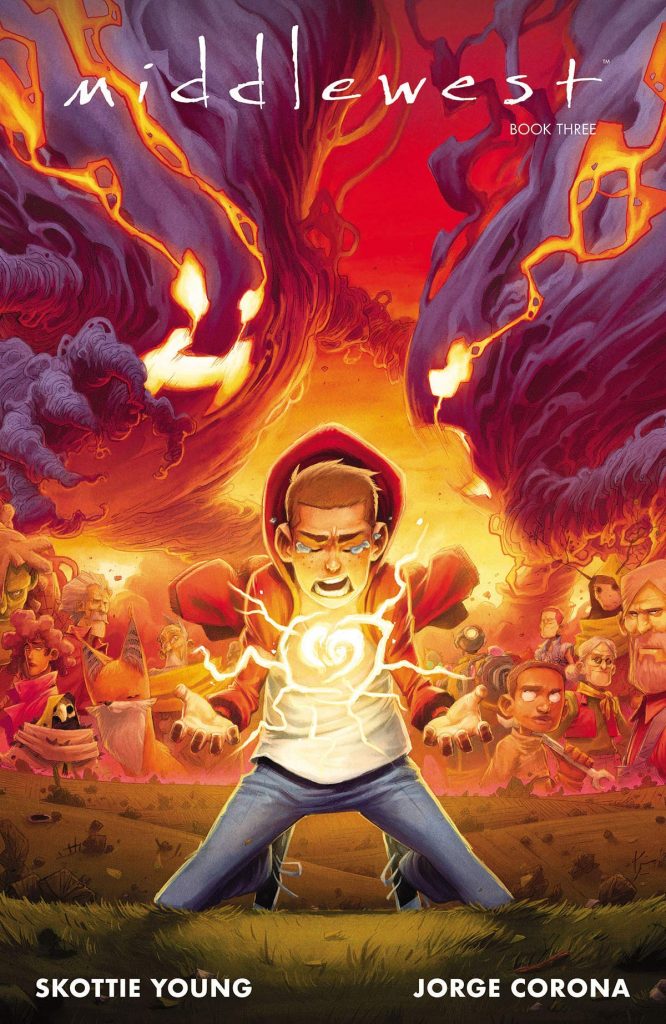 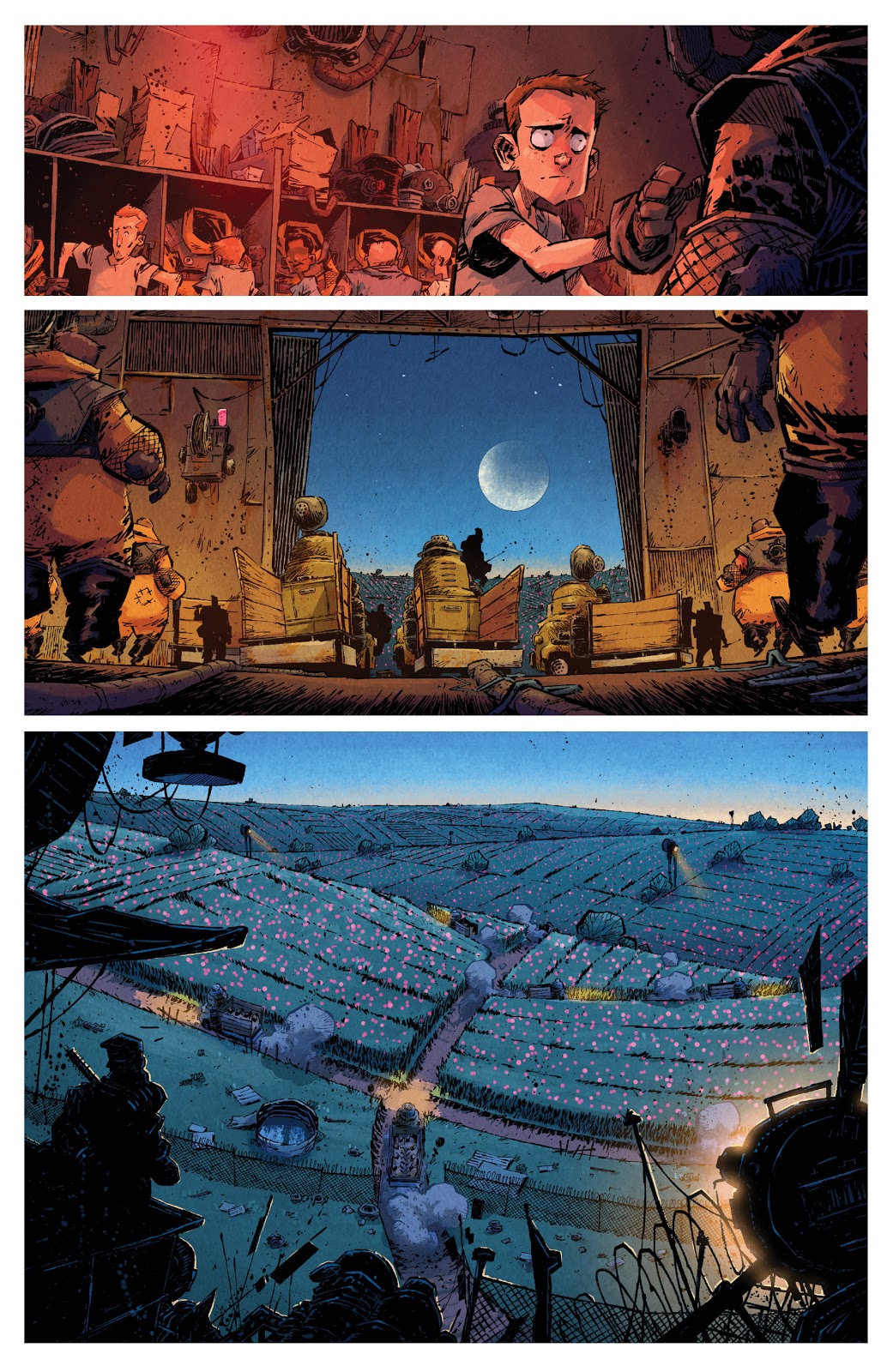 Over two previous books Abel has been on one hell of a learning curve, his family history not as traditional as he believed, his father’s violence explained, if not excused, and his own anomalies given life. All that’s got him is a place among children abducted as slave labour. However, what he doesn’t know is that a fundamental shift of opinion has occurred. There’s also a force of nature to consider.

It’s dressed up with fantasy trappings and mystical intrusions, but the allegorical aspects of Middlewest become obvious in this conclusion. Skottie Young has real world ecological concerns, and doesn’t like the way big corporations pillage the land, something they’re only able to do because politicians are complicit, or at best turn a blind eye so as not to rock the boat. He even names his corporate villain Raider. Child abuse features as well, a whole chapter devoted to stories of violence and neglect, and that comes to predominate in a volume where the swearing is plentiful and the anger manifest.

The content may be downbeat, but that’s mitigated to a large extent by Jorge Corona’s superb art. He supplies beautiful looking countryside, charming fittings, and eccentric stylised people, all of whom can be distinguished from each other. Horrible, horrible events occur, but Corona’s skill ensures everything looks magnificent, and Jean-Francois Beaulieu’s sensitive colour work elevates that further.

Abel and his friends are the central characters, so while help is on its way, much space is allocated to the suspense of their first planning an escape, then going through with it. Anyone who’s followed Middlewest from the beginning will have witnessed a natural progression, a form of coming of age story, much spectacle and some glorious art. They’re also likely to be satisfied with most of this final volume. However, for the actual conclusion Young steps too far into what reads like a conversation someone hasn’t had the chance to have. It’s heartbreaking and addresses a story theme in some respects, but is played out too melodramatically and is too prolonged to fit smoothly with the remainder of the story. It’s misplaced, but a small price to pay for what’s otherwise been a thrilling adventure.