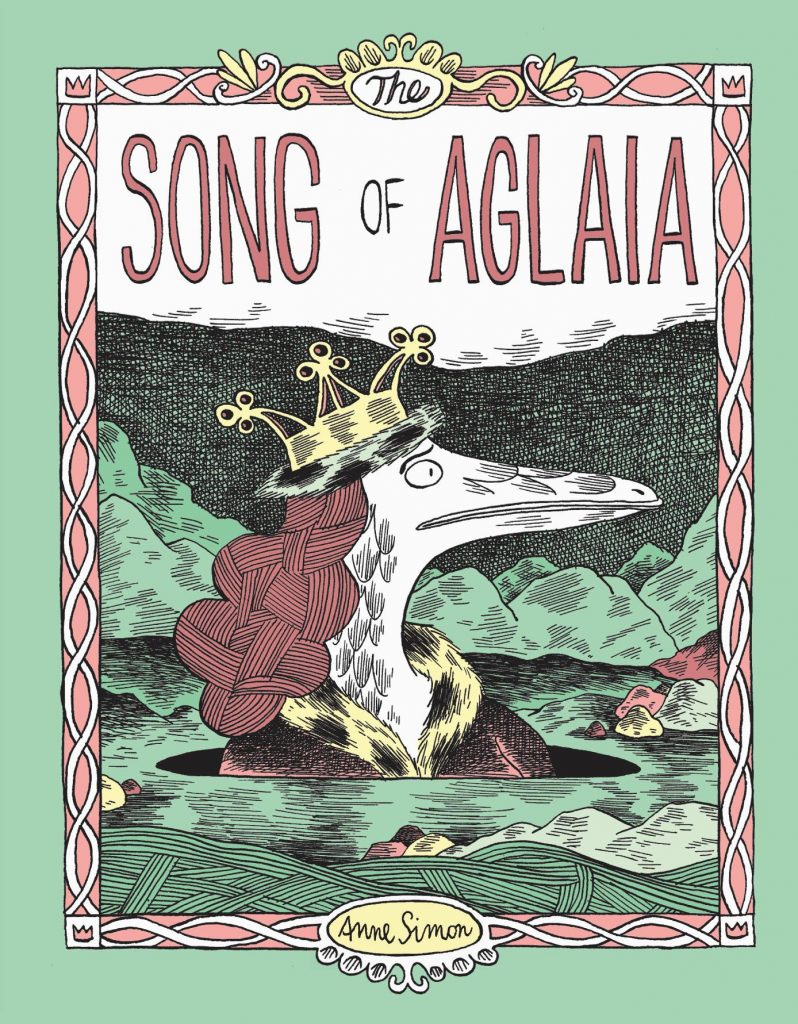 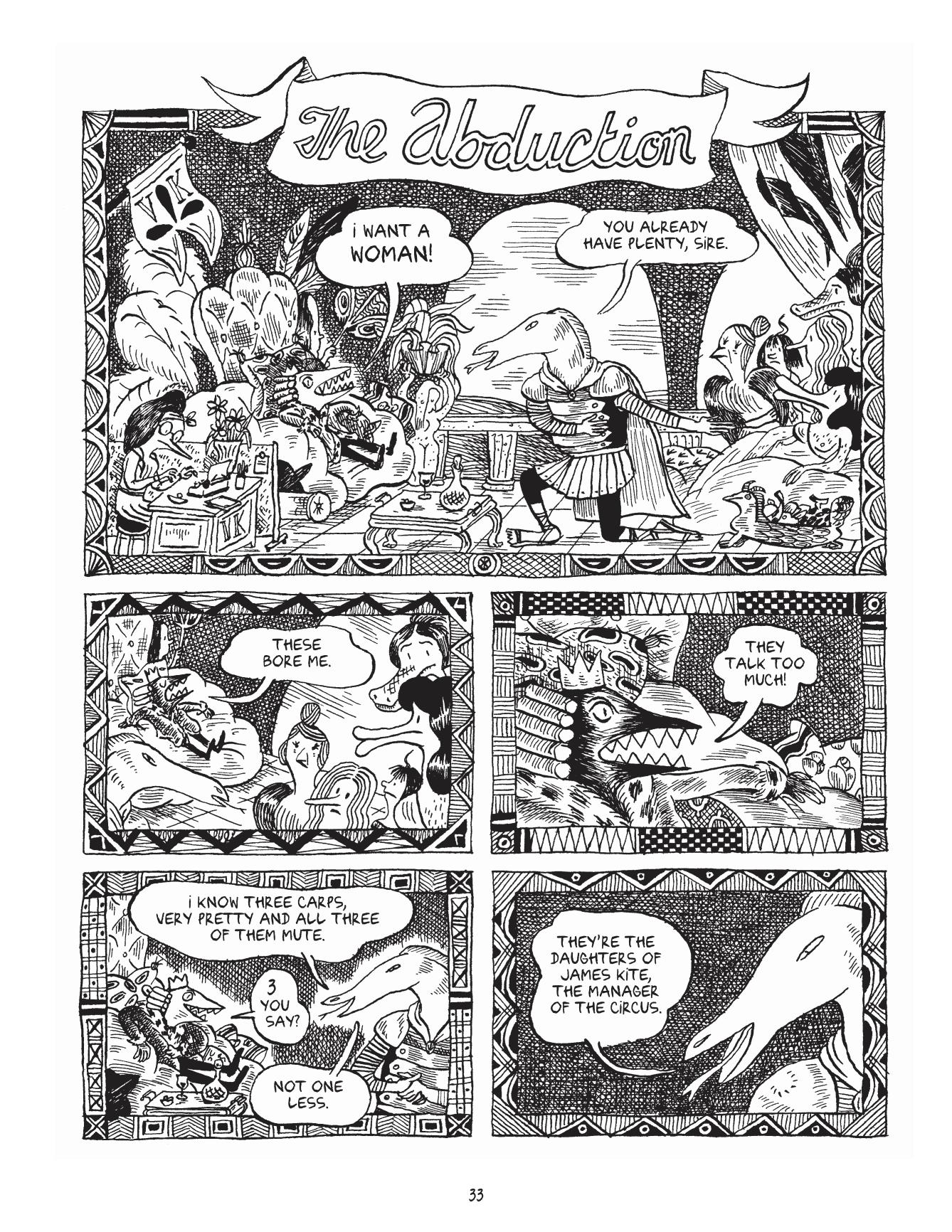 In English Anne Simon is best known for the precision with which she’s illustrated Corrine Meyer’s biographies of Einstein, Freud and Marx, so the animal fantasy of The Song of Aglaia is some departure. It’s a fairy tale in ten chapters, Pinocchio perhaps the nearest touchstone to the wildly discursive story of eventual triumph and redemption, departing only via a definite feminist agenda.

When we first meet her Aglaia is at home among the water nymphs dreaming of a traditional marriage, yet seduced by a passing mermaid man who departs never to be seen again, leaving Aglaia pregnant. For this she’s banished by her father. Although she’s been used, it’s a lesson extremely well learned, and the Aglaia we follow from that point is determined, resourceful and rarely at a loss.

Simon’s art is deliberately flat and two dimensional, in some places bringing Richard Sala’s style to mind, but unlike him she’s a restless artist, unconcerned about a coherent look. On some pages every panel has a decorative border, some pages have curvy panels surrounded by black, some pages have the panels run together, and on others it’s the traditional guttering between panels. The page designs constantly change as well, from baroque to plain.

Aglaia decides early to prioritise what’s right for her and her family, and rails against the cruel ruler, but when her turn comes she’s little better. Feminism is quoted, but those who don’t fit the narrow definition are left outside, and while perhaps not indulging in the excessive cruelty of the old king, Aglaia is hardly tolerant and understanding. A long time can be spent considering some kind of moral, but as Simon swerves the story into all kinds of weird areas, some of them very dark, it eventually falls into place that just as she’s having fun with the art, she’s also having fun with the story. Patriarchal oppression gets an airing, along with philosophical and feminist ideals, but their purpose is more a method of Aglaia justifying her selfish ways than the presentation of any great overall message. More than anything Simon has set out to twist the traditional fairy tale, where the woman is so often victim or hate figure, and The Song of Aglaia does that without ever transcending its prevailing whimsy.

A second dose of Aglaia’s individual political talents follows in The Empress Cixtisis. 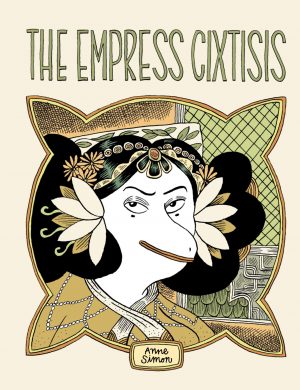