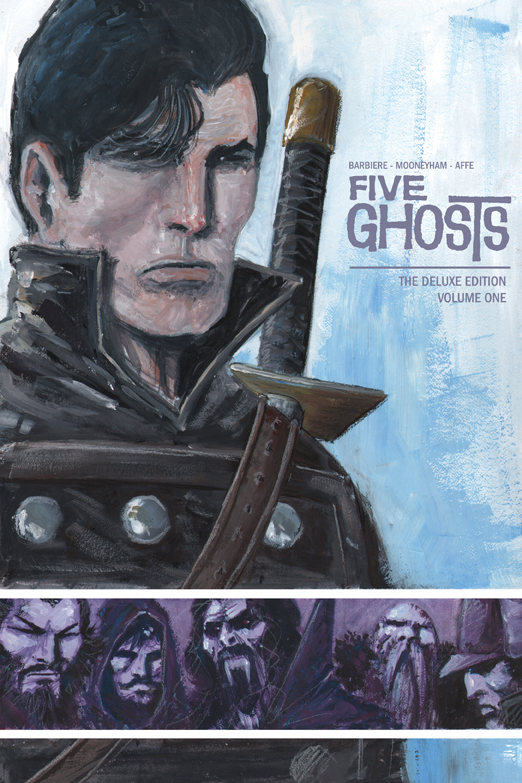 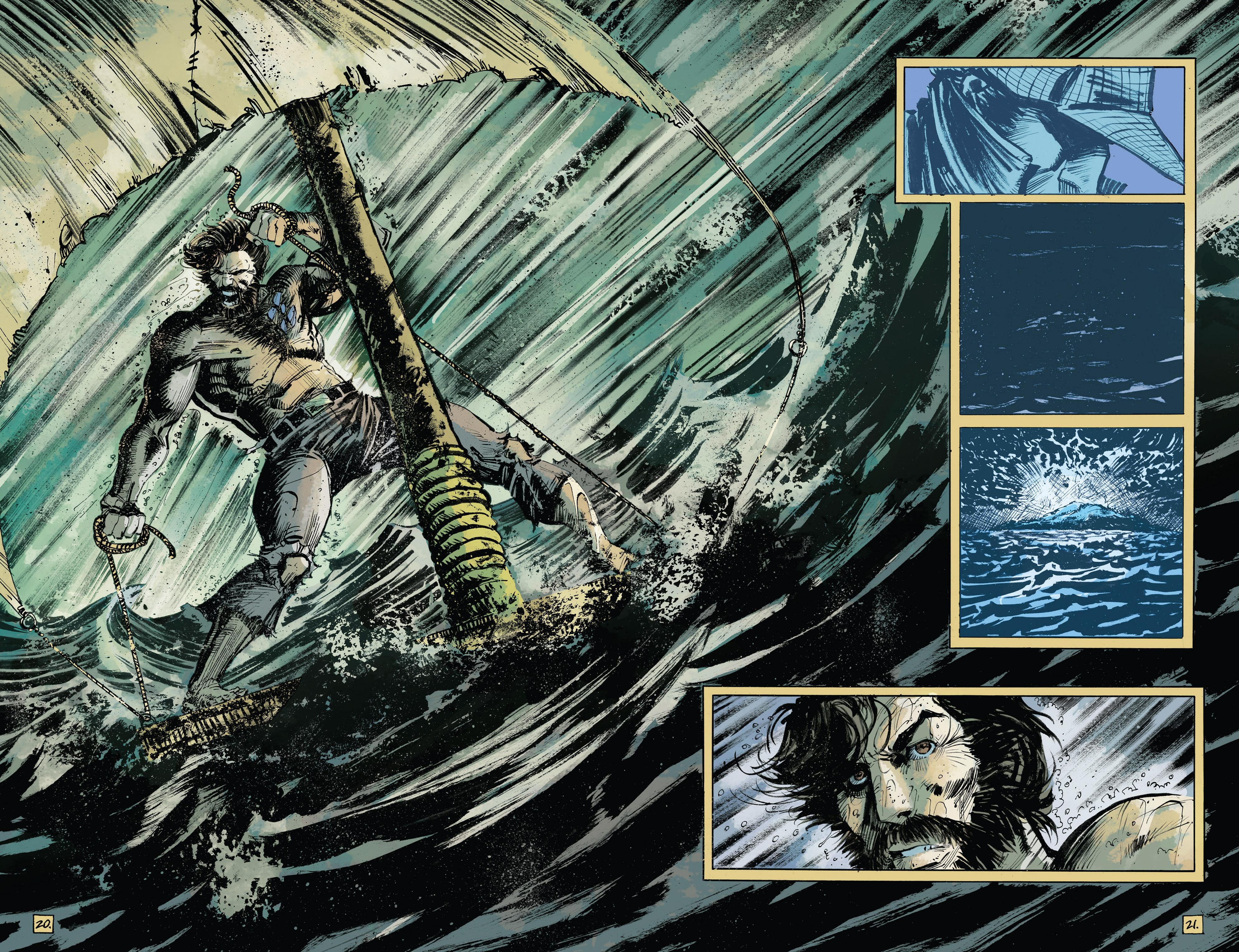 As the title suggests, this oversized hardcover presentation of Five Ghosts is a combination of the material already presented in paperback as The Haunting of Fabian Gray, along with the far greater confidence of the later stories from Lost Coastlines.

Fabian Gray is a 1930s adventurer, but one who’s experienced tragedy in his life, and whose mission is to retrieve his sister from a land beyond. This is technically possible via use of a substance known as dreamstone, but its acquisition can have untoward consequences, such as being possessed by five ghosts. This is in a plot convenient manner, as Dracula, Merlin, Robin Hood, Sherlock Holmes, and a samurai don’t impact on Gray’s day to day existence, but their talents can be called upon when necessary, although let it be noted, they’re never referred to by their out of copyright names, just by their profession. In Dracula’s case this is ‘vampire’, and his savage ferocity is very useful in a fight, for instance, and as one episode occurs in Japan the skills of a samurai warrior are called upon. The way in which this is set up in the first place is weak, with gaping holes of logic such as why Gray inherited these five people instead of literary characters with less useful skills, but once past that point Frank J. Barbiere’s pulp adventure is a more palatable read.

Like the pulp heroes and Indiana Jones, both obvious influences, Barbiere’s genre crossing plots prioritise action over characterisation, and progress by generating the thrills of one danger after another, all of them in exotic locales. Barbiere is a relatively novice writer and in places needs to move the plot on more quickly than he does, as it sags during explanations, but he has the imagination to provide visually stimulating sequences. Having introduced the five ghosts, however, he never really explores them beyond use of their talents, although the striking visual of one hovering over Gray when he accesses their abilities is a nice touch. Gray himself leaps from Japan to an old-fashioned pirate story to a lost island with barely a stop to breathe.

It’s almost exclusively the task of Chris Mooneyham to illustrate the adventures. He’s also a newcomer, not too far from art school graduation when the series began, and he improves throughout the book. He has a loose style, and an increasing eye for a dramatic page layout with some of the later spreads memorable. Beyond the early chapters the colouring is the work of Lauren Affe, whose thoughtful approach melds well with Mooneyham’s layouts, particularly on flashback sequences where his pencils are lighter, and covered with a sepia wash. Garry Brown illustrates the chapter in Japan, and his work is similar to Mooneyham’s, but on occasion more detailed.

Anyone who enjoys fast-paced pulp adventure is probably going to enjoy the way Five Ghosts toys with genre tropes. Being an oversize deluxe edition there is an expectation of a fair amount of pages in the back given over to process material, but there’s actually not an awful lot, so buy this because you like what you’ve already sampled, not for the extras. It’s rather optimistically labelled as volume one, when the series appears to have juddered to a halt with the third paperback release Monsters and Men. 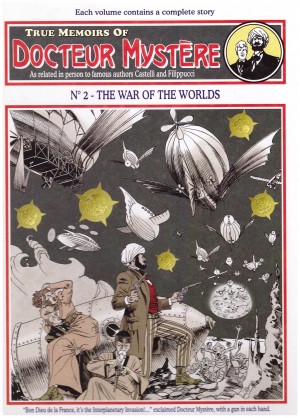 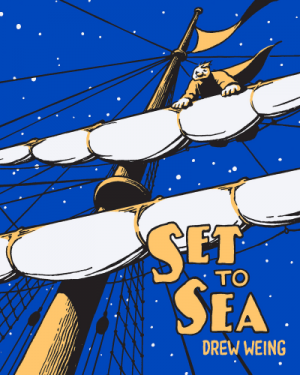