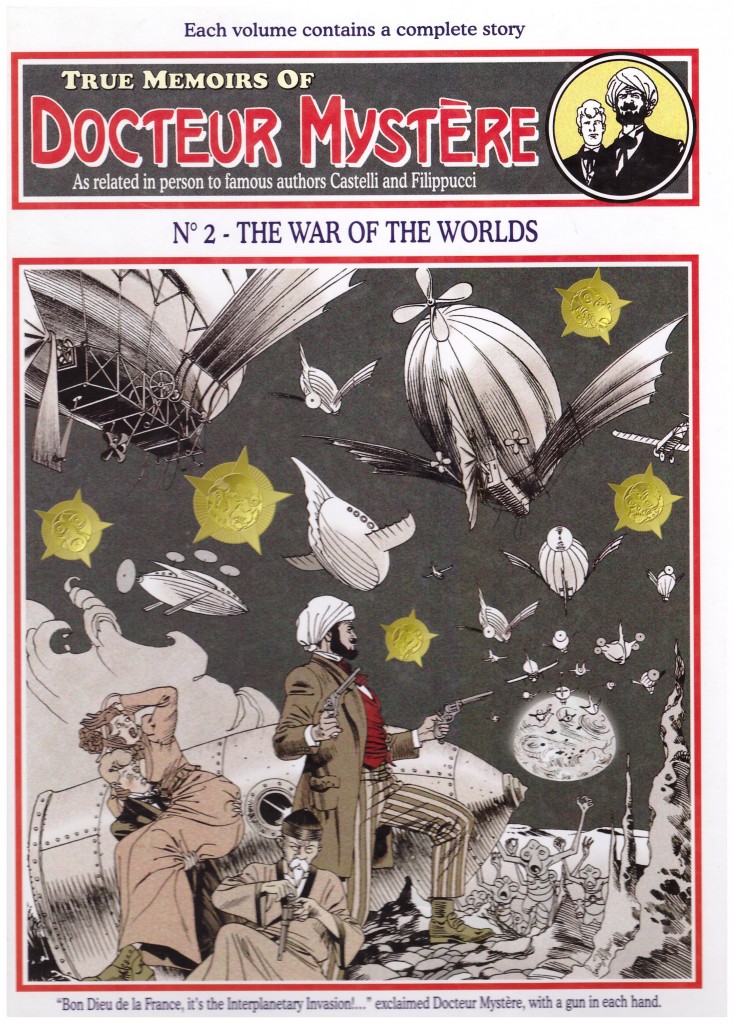 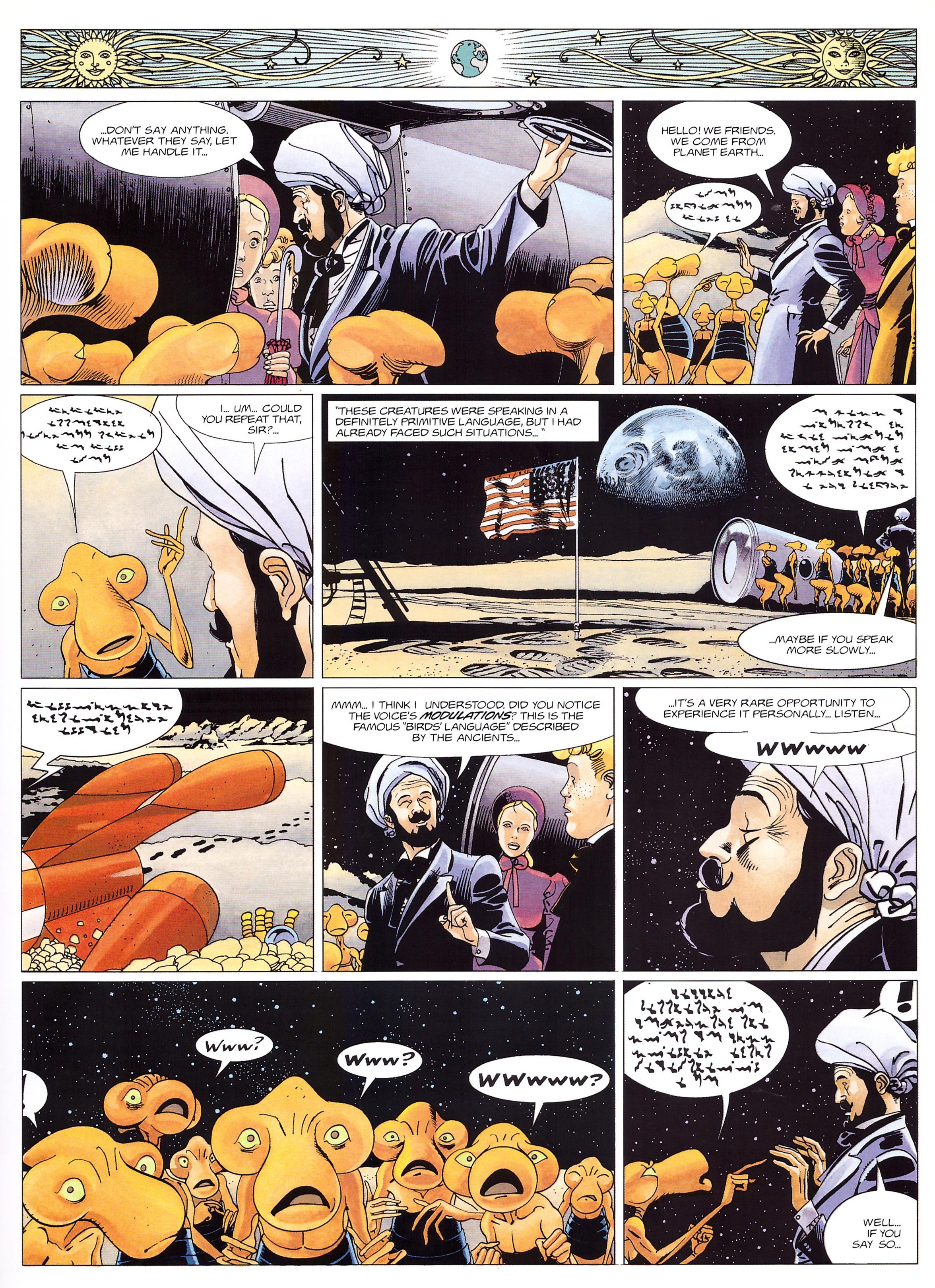 The Docteur Mystère graphic novels are pastiches of Victorian era stiffness and formality, exploiting the stranger in a strange land scenario. The period is reinforced by a central relationship not too far removed from that of Sherlock Holmes and Dr Watson, with his amanuensis Cigale sometimes the smarter of the pair for all Docteur Mystère’s intelligence.

Alfredo Castelli sourced his lead character from the turn of the 20th century novels of Paul D’Ivoi, but the turbaned polymath designed to be impressive then became the faintly ridiculous stuffed shirt as time passed. Castelli retains the feeling of fantastic science, but now presented with a knowing wink at its primitive nature, and the overall setting is a vehicle for a shaggy dog story returning many characters from the opening novel. The War of the Worlds title echoes H. G. Wells, but these invaders originate on the moon, one of two indigenous lifeforms being more grasping and less inclined to rub along with humanity. Docteur Mystère and Cigale arrive on the moon by what’s supposed to be the first spacecraft, but it transpires plenty of other humans have also visited, the absent two-timing fiancé of Lady Rowena Saint-Just Fitzpatrick among them. She’s stowed away on the spacecraft in order to verify this.

Lucio Filippucci is a detailed cartoonist who recreates the period atmosphere, but in a modern clear style, unconcerned about the art similarly imitating the faux-Victoriana, which is probably for the best. Good as it is, there are also times when playing it straight works against the atmosphere Castelli appears to be aiming for, and perhaps someone with a more exaggerated style might have been better suited. Where he is good is with the visual asides, as provided by the sample page.

The more distressing European attitude to casual racism is exemplified by a Chinese character whose eccentric speech patterns are supplied as reason to laugh. Bizarrely, however, he switches between the transposing letters to perfectly normal speech, even commented on in the text, but not rationalised. As, indeed, is so little else. If taken as surrealistic whimsy the plot just about works, but start picking at any thread and it’s rapidly revealed as lacking logic, everything servicing the next gag. There are some good jokes along the way, but for most of them you’ll surely hear a ghostly rimshot as you read. The obvious comparison for tone is League of Extraordinary Gentlemen, but it lacks the wit of Alan Moore and Kevin O’Neill’s approach and wears thin long before the end.