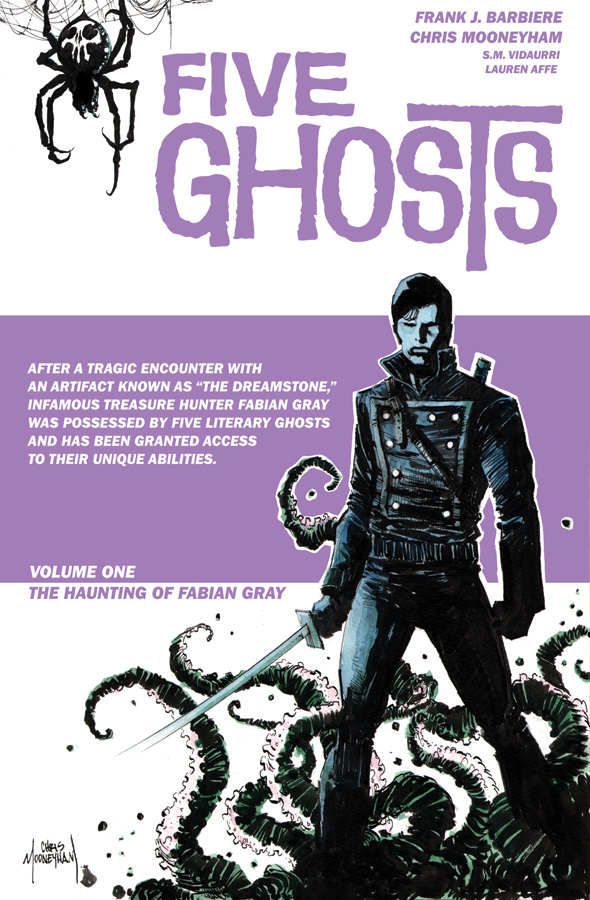 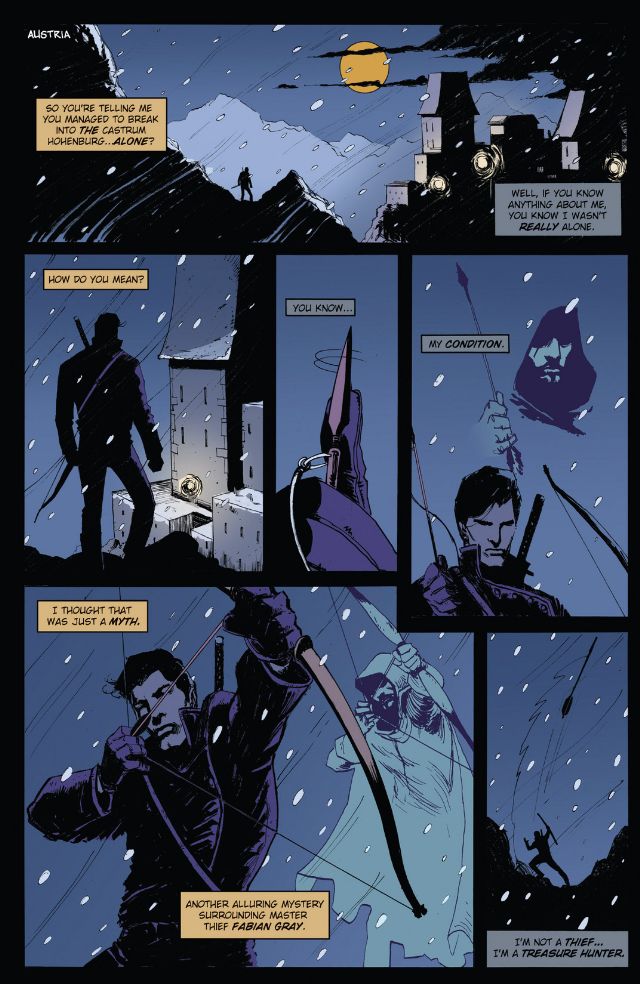 As explained on the cover, 1930s adventurer Fabian Gray has been possessed by the ghosts of five figures from literature. This is via his discovery of an ancient artefact that’s melded with him and permits him to tap into a universal consciousness from which all imagination stems. The never explicitly named characters whose abilities Gray can now tap are Dracula, Sherlock Holmes, Robin Hood, a samurai warrior and a magician.

This convenience isn’t ever explained. How is it that Gray didn’t end up with the powers of the Cowardly Lion, Noddy, Bertie Wooster, Bridget Jones and Toad of Toad Hall? It’s not the only convenience in Frank J. Barbiere’s plot. Gray can sometimes call on his ghosts for help, and other times it’s just the dialling tone. Gray’s companion is shown with a spear through the thigh, yet sometime later that day is fit enough to run across a field to a waiting means of escape.

It’s a shame, as with a little more thought there may have been something here deserving of the gushing back cover quotes. The pulp adventurer setting is fine, as is the constant full pelt surge from one exotic locale to another. Gray is rarely not in motion, and while a little sketchy in places, Chris Mooneyham’s art, particularly when embellished by the colours of S.M. Vidaurri over the first two chapters, has a kinetic rush about it. Not that subsequent colourist Lauren Affe is poor.

This first volume has been successful enough both to spawn two more, starting with Lost Coastlines, and has begun production as a TV series if the Wikipedia page is to be believed. 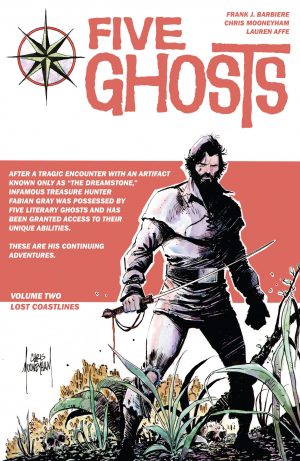 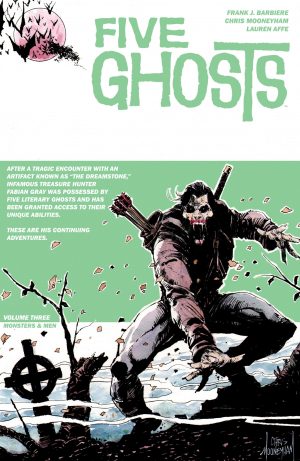