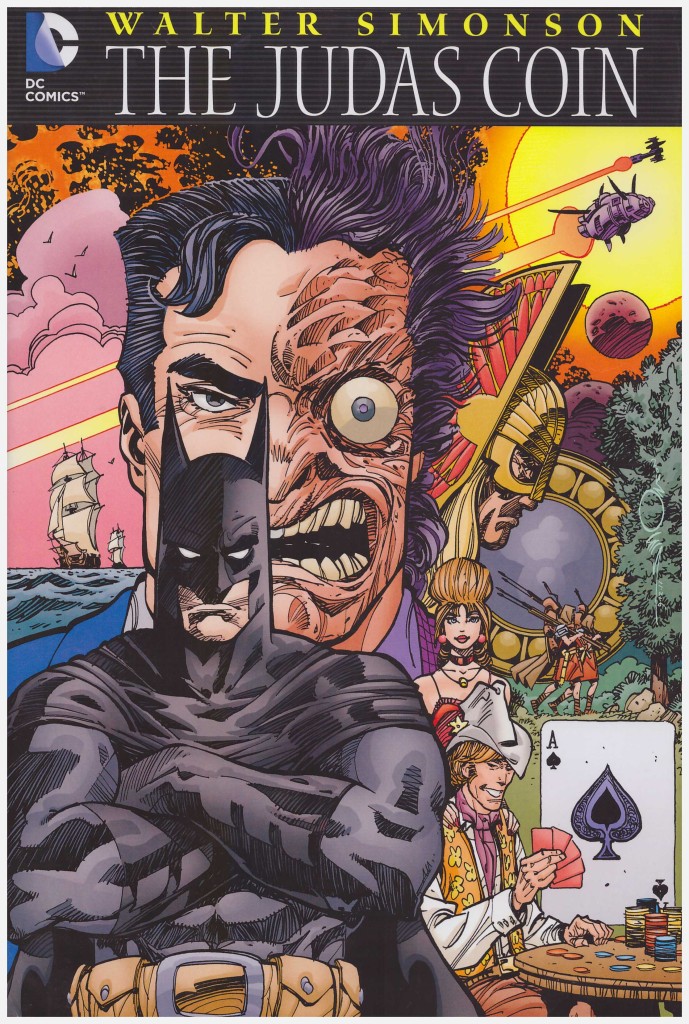 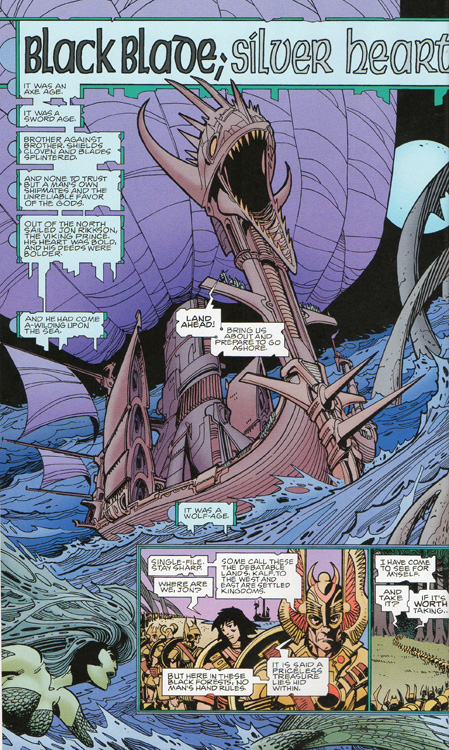 He’ll probably not require it pointing out, but by 2012 the career of Walt Simonson (or Walter as he’s latterly been credited) stretched back almost forty years, and for most of that time he’s been an innovator, either with his art or his storytelling, and usually with both. In some ways The Judas Coin could be viewed as a career retrospective in a single volume. Here we have historical tales, science fiction, the Gods, piracy, a Western, a version of Manhunter, Batman and more, all with a compelling twist perhaps representing Simonson’s early 1970s mystery work.

The unifying factor is one of the pieces of silver with which Judas was paid for betraying Christ, and blood money comes with a curse. We then skim across the centuries as assorted DC characters encounter the coin.

Seeing as he’s the cover feature to which the eye is most obviously drawn, let’s start with Two-Face. No, his scarred coin has long been established as a silver dollar, and don’t you think Simonson’s better than that? For all the encounters between Batman and Two-Face, there can’t have been one like this, presented as a black and white newspaper strip pasted over faked newspaper articles commenting on the story.

Simonson modifies his artistic approach throughout. The Batman tale is followed by a trip to the future and the obscure Manhunter 2070, drawn in an appealing blend of manga elements and his own familiar blocky style. For the Bat Lash section he curves his panels in imitation of Nick Cardy’s 1960s interpretation, and there’s almost a touch of Barry Windsor-Smith about the delicacy with which the Roman era Golden Gladiator is depicted. The most familiar artistic territory is that of the Viking Prince, not too far removed from the broad bold strokes in which Simonson drew Thor, yet that’s fused with decorative motifs to good effect.

Many creators who’ve been working in the industry as long as Simonson are either shadows of what they once were or hacking out material based on reputation. There’s none of that here. Simonson loves a rollocking good adventure and knows how to provide it.