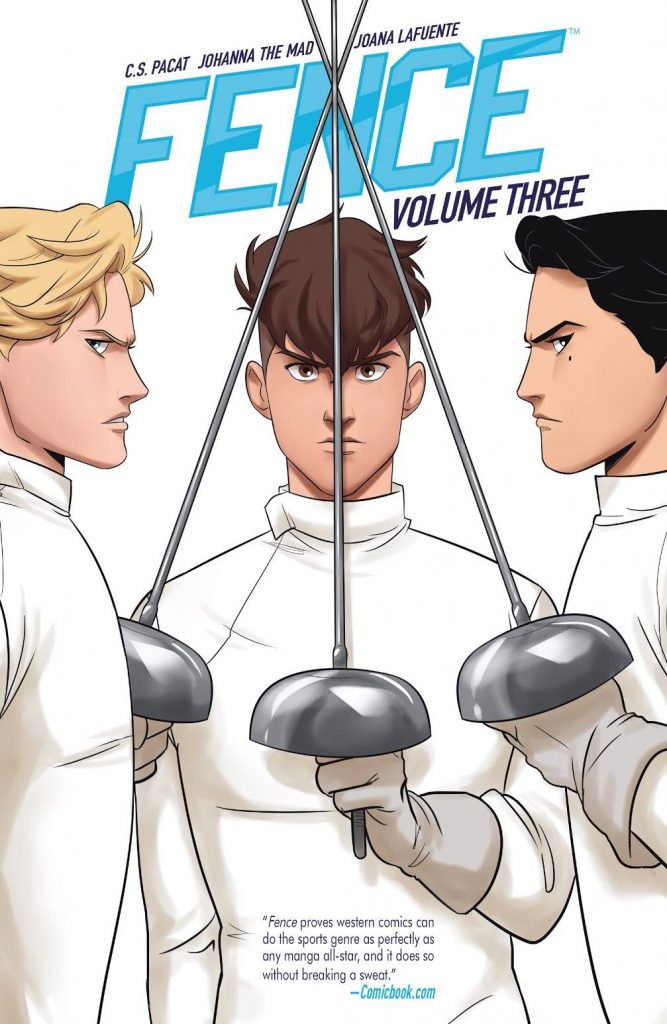 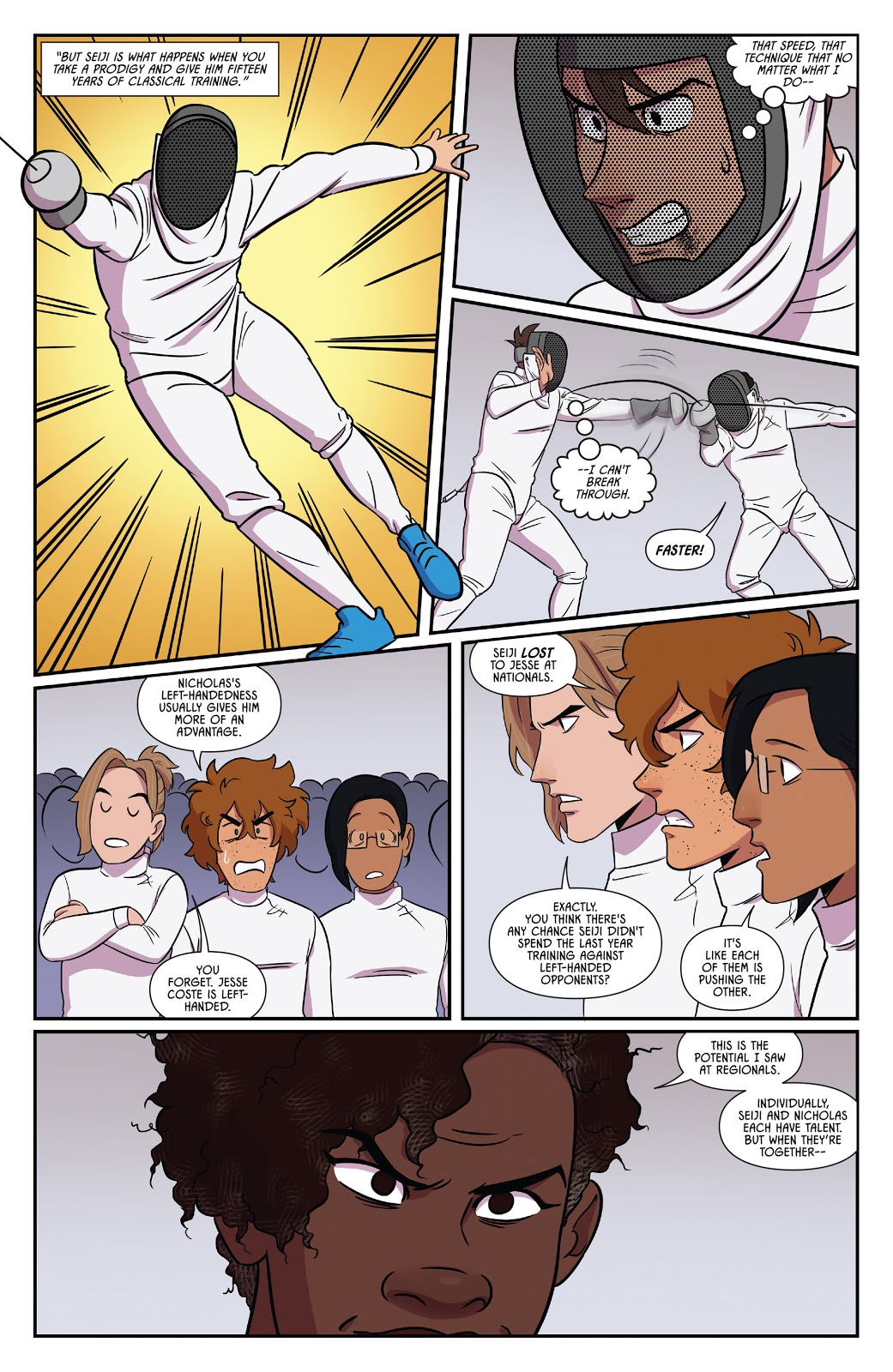 We rejoin the fencing squad hopefuls of Kings Row private school where we left them at the end of Volume Two, competing against each other in 24 match trials to see which three of them will earn their place on the fencing team. Nicholas Cox’s school sponsorship is contingent on his making the team, and as has been set up all along, his only chance of doing that is to beat the best fencer at the school. Last time they met Seiji Katayama beat him 15-0.

C. S. Pacat ensures the tension is additionally stoked before a match one might expect to occupy the entire book the way things have been paced. That’s not what happens, because if there’s one thing apparent over two previous graphic novels, Pacat isn’t in the business of conforming to expectation. What’s really nice in this volume is how we learn more about the assorted fencing hopefuls via the parents who attend. As with so many other aspects, Johanna the Mad’s art really comes into play when prompting us to make assumptions about them, and by extension why their children turned out as they did, so that’s good visual characterisation. In other cases the parents chat, and we learn about the children that way. It builds toward a brilliant moment that’ll take everyone by surprise. Yes, it’s button-pushing, but it’s been superbly set-up.

The trials do end in this volume, after which time is spent resolving one major issue (with a great gordian knot solution) and setting up future stories. These begin in Rivals. Interested readers may also want to investigate the two young adult Fence novels. This has been another captivating instalment of a consistently good young adult drama.