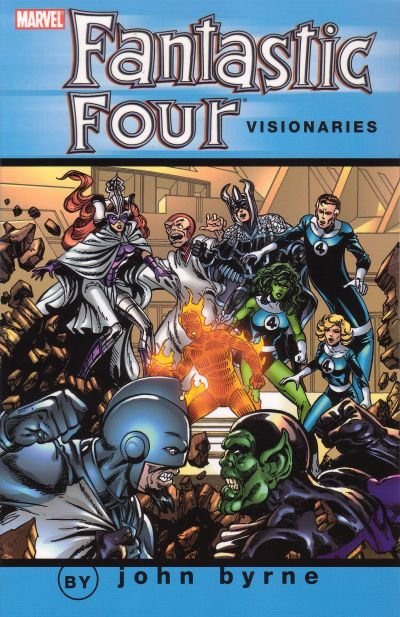 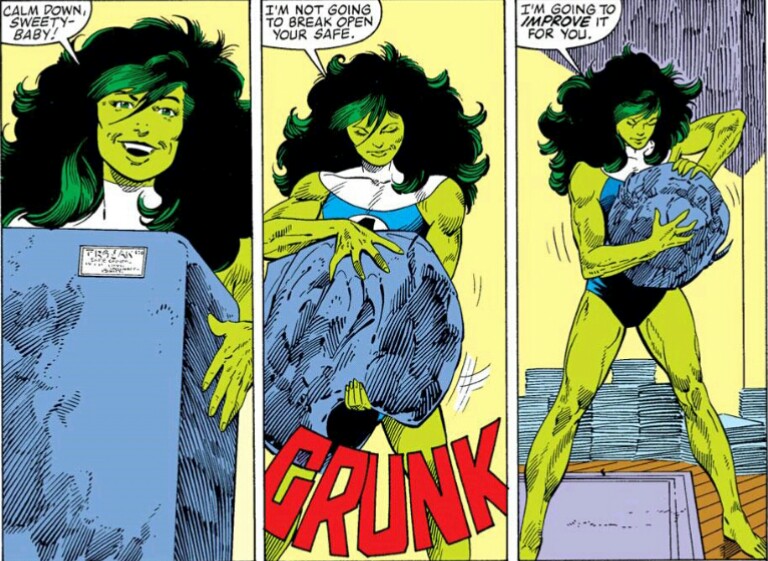 The fifth volume of John Byrne’s Fantastic Four run covers the latter part of 1984 and the early months of 1985.

The shadow of Jack Kirby is ever-present in Byrne’s FF work, but it lies particularly heavily on this volume. There is a story of Reed and Sue before they became superheroes, which is essentially a 1950s Kirby monster comic. Terminus, an alien villain appearing in another adventure, is very much in the Kirby cosmic mode. A tale in which the FF move into a parallel world (having deduced that this is what happens when they had previously thought they were travelling in time) is packed with Kirby-style technology.

There are, of course, also some Byrne idiosyncrasies. The parallel Earth narrative is typical of Byrne’s run, being a one-off story set in an alien environment, to which Byrne did not intend to return, and featuring the FF as explorers, a recurring theme throughout Byrne’s tenure. There’s a humorous She-Hulk plotline that anticipates what Byrne would do with the character in her own comic five years later. Romance is also in the air, between She-Hulk and Wyatt Wingfoot, and, less plausibly, between the Human Torch and the Thing’s girlfriend Alicia Masters.

Byrne was also starting to find ways of addressing his workload. The 1984 Annual features the wedding of the Inhuman king Black Bolt and Medusa, and ties up a plot thread from Byrne’s time on X-Men, but is only plotted by Byrne – Mark Bright pencilled, and Mark Gruenwald added the words. And towards the end of this collection, Byrne brought Al Gordon on board to ink his pencils. It was necessary, but through his finishes Byrne created a recognisable and unique style for his FF work, and it is a shame to see it lost under another artist’s inks.

In terms of the writing, Byrne is coasting a bit here. There’s nothing terribly wrong, but his material is no longer surprising in the way it once was. The reader has become used to Byrne’s style of storytelling, and his quirks, and his grip on characterisation, once so strong, seems to be loosening. In particular, the romance of Alicia Masters and Johnny Storm seems out of character for both, and it’s not a complete surprise that other writers later retconned this particular plotline to reveal that “Alicia” was actually a Skrull imposter.

Byrne is still good here, but this series is starting to move into the realms of “for completists only”. 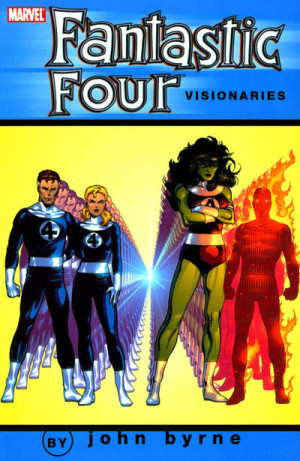 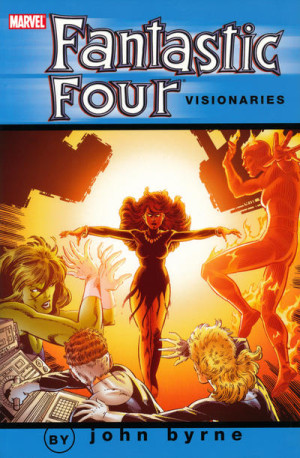 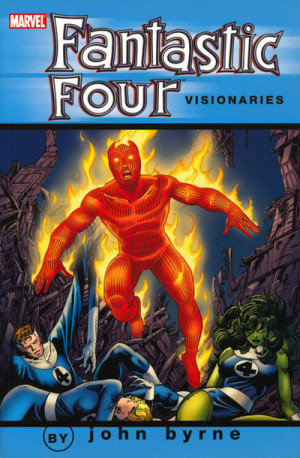