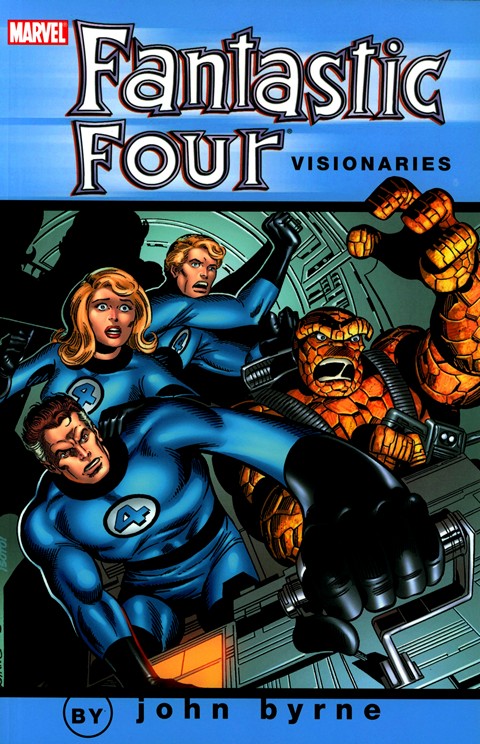 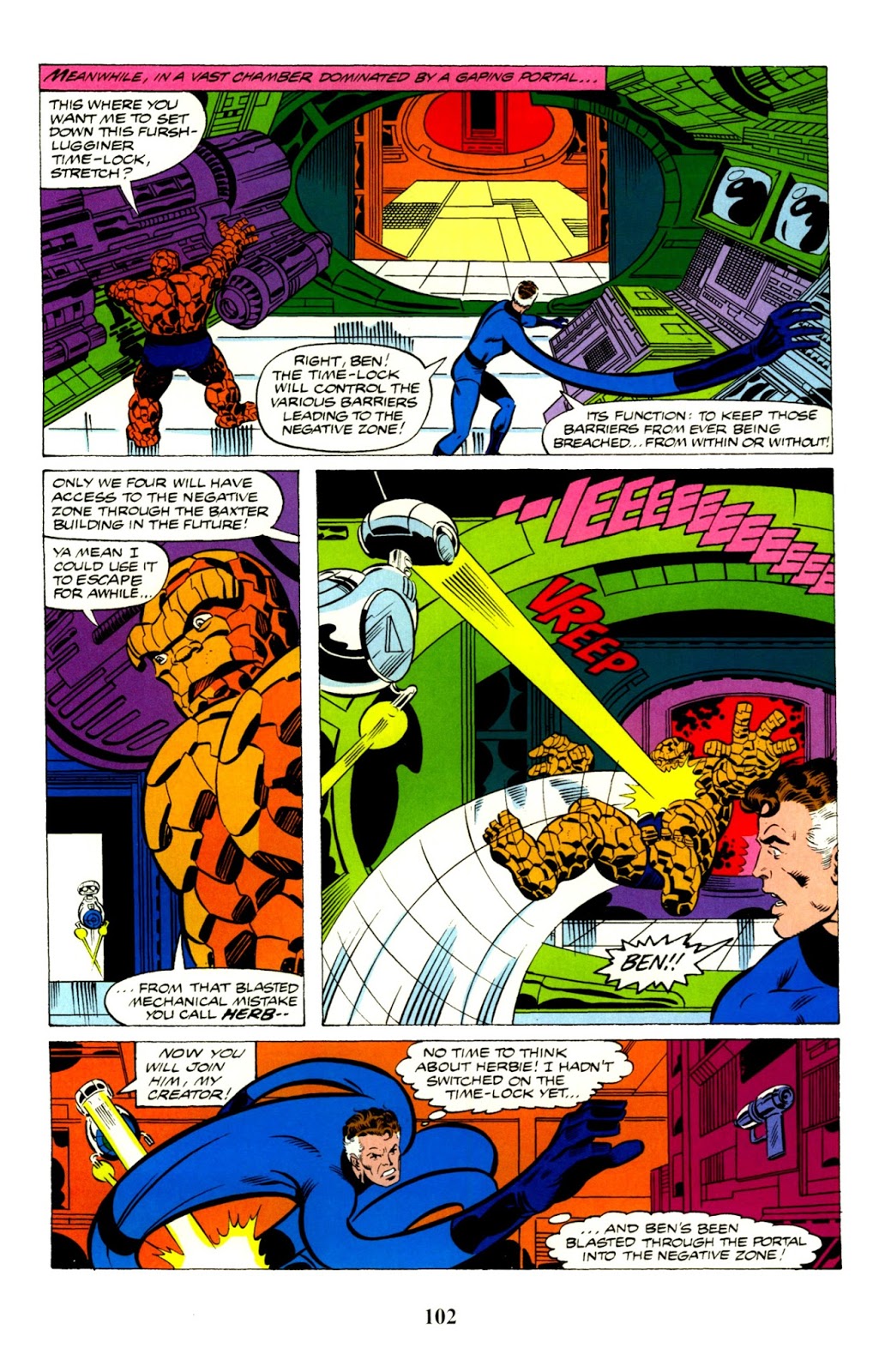 Before his celebrated 1981-1986 run on Fantastic Four as writer and artist, John Byrne spent a year on the comic, from 1979 to 1980, producing the layouts alone. This collection is built around the second half of that run. It omits both a Galactus vs. the Sphinx confrontation where Byrne only drew the later installments, and a tale from Spectacular Spider-Man leading into a story here, but not drawn by Byrne.

This differs greatly from the approach Byrne would take when in full control. The art is finished by Joe Sinnott, who tends to create a uniform look  – after Byrne left, Sinnott proceeded to make Bill Sienkiewicz look like Joe Sinnott. It’s perhaps worth noting that Byrne is generally credited for ‘breakdowns’, rather than  pencils, and it may not have provided particularly detailed layouts for Sinnott. He was drawing X-Men throughout this period, and finished his run on Avengers before starting on Captain America, so this was a particularly busy time for him.

The stories here, by Marv Wolfman and Bill Mantlo, are pedestrian and uninspired, and rather demonstrate why Byrne’s revamp of the title a year later was necessary – Fantastic Four had become boring. Oh, and there’s a rather forced guest appearance by the Dazzler, whom Marvel were desperately trying to promote at this time. At the end of this run, Byrne also wrote a two-part story. Again, it’s not the best FF story he would write, but it anticipates some of the themes that would recur in his main run, most notably the apparent threat that turns out to be misunderstood.

The collection also includes the very earliest occasions when Byrne drew members of the FF. The Thing goes back in time  to visit his earlier self in the hope of curing his rocky condition, and Human Torch, Spider-Man and Ms. Marvel take on the Super-Skrull. That’s written by Chris Claremont, and a good example of Claremont at his best. He instills a genuine concern for the fate of the heroes, even though they all have their own titles, so fatalities are unlikely. Byrne himself writes the Thing story. It’s relatively slight, but again anticipates themes to which he would return when he was fully in control of the Fantastic Four’s destiny.

Overall, this is interesting for the Byrne completist, but not an essential part of the Fantastic Four Visionaries series.