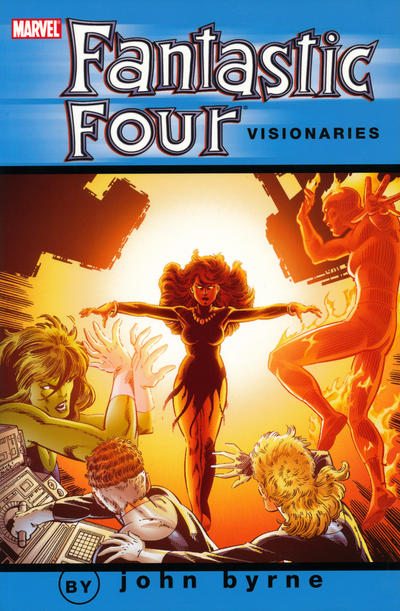 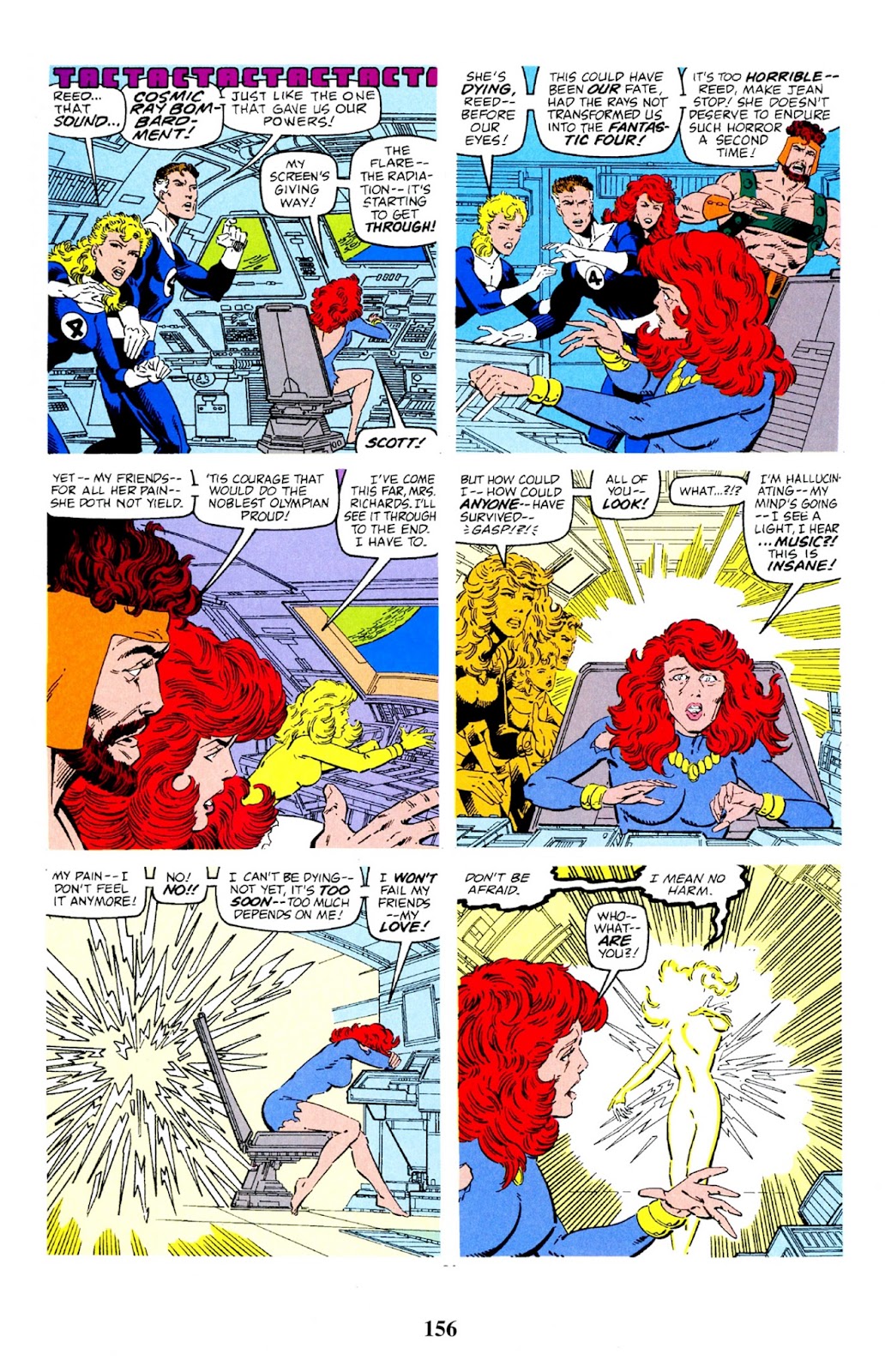 This collection, from 1985 and 1986, is an odd compilation. Only two regular monthly issues of Fantastic Four are included – the rest is annuals and crossovers with other titles.

The volume opens with a solo human interest story for the Human Torch, with no villain or real superheroics. It repeats a means of handling Johnny Storm that Byrne had employed at the beginning of his run, but here the emotional impact is too pat. It doesn’t help that the tale is resolved by the intervention of the Beyonder, who was used at the time as a convenient deus ex machina to extricate the idle from difficult plot problems.

There is then a two-part narrative that crossed between a Fantastic Four Annual and an Avengers Annual, concluding a saga from the Avengers series. We see the same events told from the different perspectives of the two teams, who only meet at the end. Byrne pencils everything, but the structure allows him to re-use some pages in the latter stages of each chapter.

Finally there is the story in which Jean Grey, killed at the end of the ‘Dark Phoenix Saga’, was returned. The decision to bring her back was made at editorial level. Roger Stern and Byrne responded by concocting a tale spread across Avengers and Fantastic Four, using an idea suggested by a very young Kurt Busiek. Uncredited, Chris Claremont rewrote a lot of Byrne’s dialogue, and some art was redrawn by Jackson Guice, though Terry Austin’s inks minimize the difference between the two pencillers. This account of Jean’s resurrection then led into the launch of the 1980s X-Factor. All three parts are included here.

This plotline was controversial at the time. A lot of people were unhappy, considering a revived Jean negated her powerful sacrifice at the end of the original X-Men tale. But at least the inclusion of the X-Factor issue, by Bob Layton and Guice, demonstrates how awful a Marvel comic of the mid-1980s could be and still be considered publishable. All this material is also available in the X-Men: Phoenix Rising collection, where it perhaps makes a bit more sense as the core of a volume rather than something in a slightly random collection.

Despite unflattering inks, particularly from Kyle Baker, and Byrne not being at his best, his artwork still stands out against that of Guice and of John Buscema. But, perhaps because of the need to tie in with various other titles, Byrne’s writing is uninspired here. All but the most completist follower of Byrne’s FF could happily skip from volume 6 to volume 8, and miss nothing.