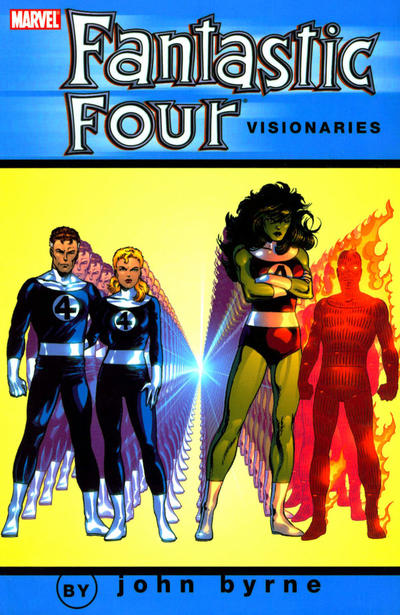 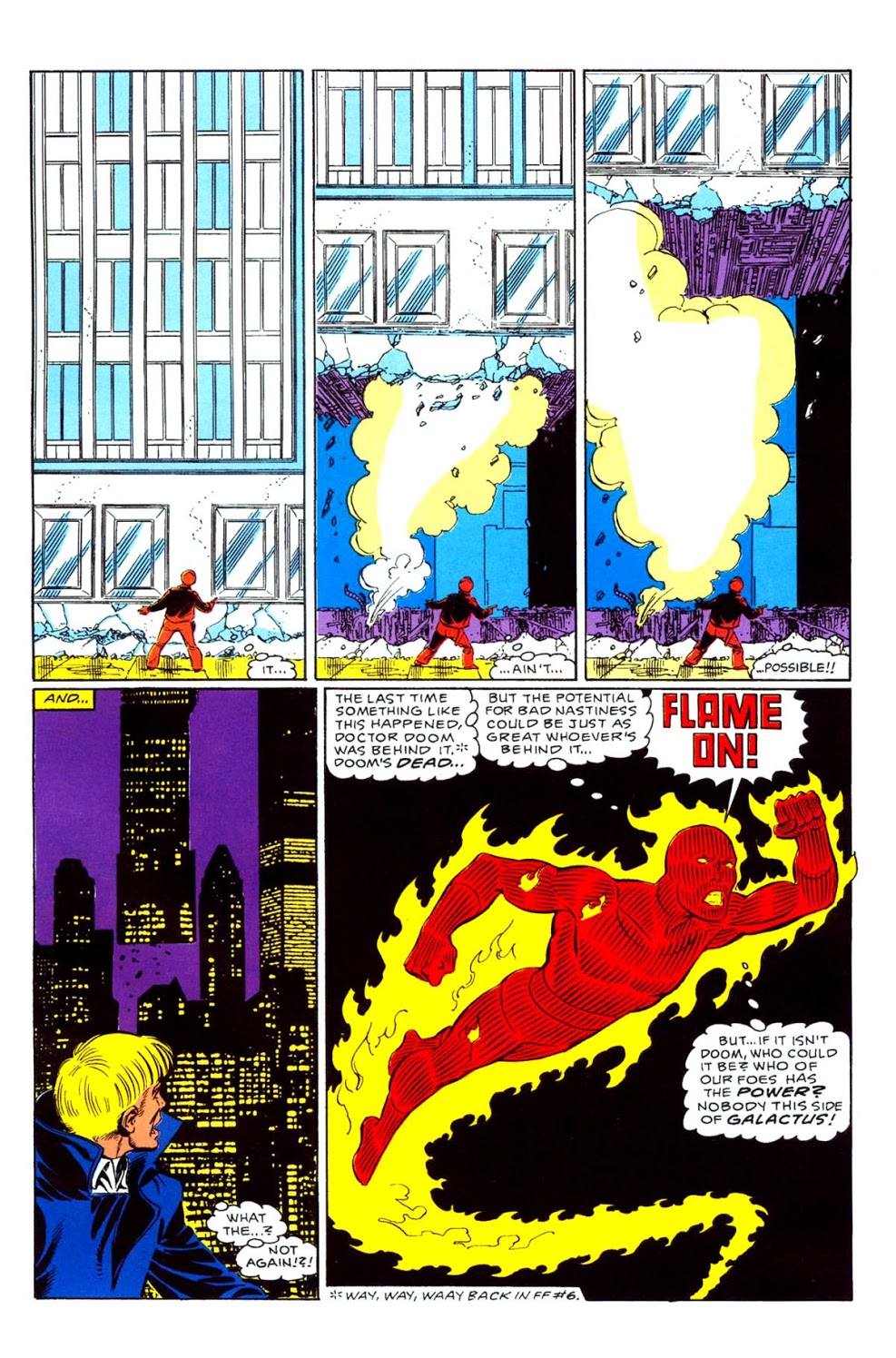 By the time of the comics included in this collection, originally published in 1985, there’s a strong argument for saying that John Byrne had been on Fantastic Four for too long, and the inspiration that had made his run so enjoyable back in 1981 had largely departed.

Byrne is still, as he had always done, drawing on the legacy of Jack Kirby, but he was starting to scrape the bottom of the Kirby barrel. Much of this volume is taken up with a story in which the villains are the Hate-Monger and Psycho-Man, neither of whom would feature in a list of Kirby’s greatest creations. This tale includes a trip to the Microverse, as seen on the volume’s cover, and the coherence is not helped by having a vital part occur in Secret Wars II, written by Jim Shooter and drawn by Al Milgrom. The relevant issue is included, but even next to Byrne far from his best, it comes across as third-rate hackwork.

Byrne is still trying to shake up the dynamics of the FF. Reed and Sue Richards’ attempts to build a life in the Connecticut suburbs comes to an end. The Thing returns, finds out about Alicia and Johnny Storm’s relationship, and quits the FF for good, a story that leads into a issue of The Thing written by FF editor Mike Carlin and drawn by Ron Wilson. The Baxter Building, long-time FF headquarters, is destroyed in a Doctor Doom story with a twist, that also includes a flashback to Victor von Doom’s youth. Johnny Storm gets a ridiculous haircut. And Sue changes her codename from the Invisible Girl to the Invisible Woman. The impact is reduced, though, by the characters seeming more and more to be contrivances moved around to suit the plot. This is particularly true in Sue’s change of codename, which has stuck. Byrne tries via the emotional circumstances that lead up to it, but her motivations just don’t make sense.

The other problem is the dead hand of the corporate crossover. As well as the Secret Wars II tie-in, the Thing’s return takes place against a background of events played out in ROM: Spaceknight. This is a problem that would become worse in the next volume.

Byrne’s artwork, full of nods towards Kirby, is still good, under the inks of Jerry Ordway for all but one issue, where Al Gordon finishes. It’s not as good as when Byrne was inking his own pencils, but it’s better than a lot of superhero artwork of the mid-1980s, as Milgrom’s issue of Secret Wars II shows.

This collection is rounded off with four text pages on Doctor Doom from 1986’s The Official History of the Marvel Universe.