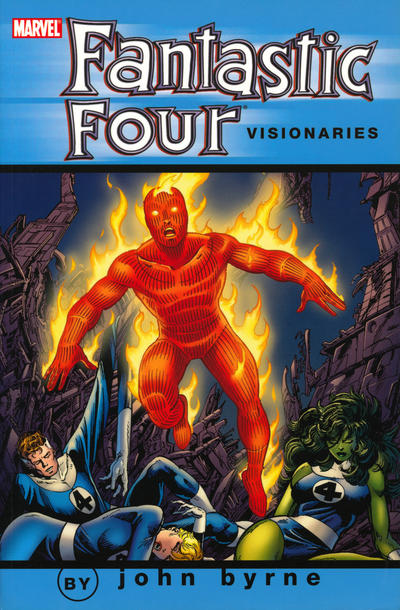 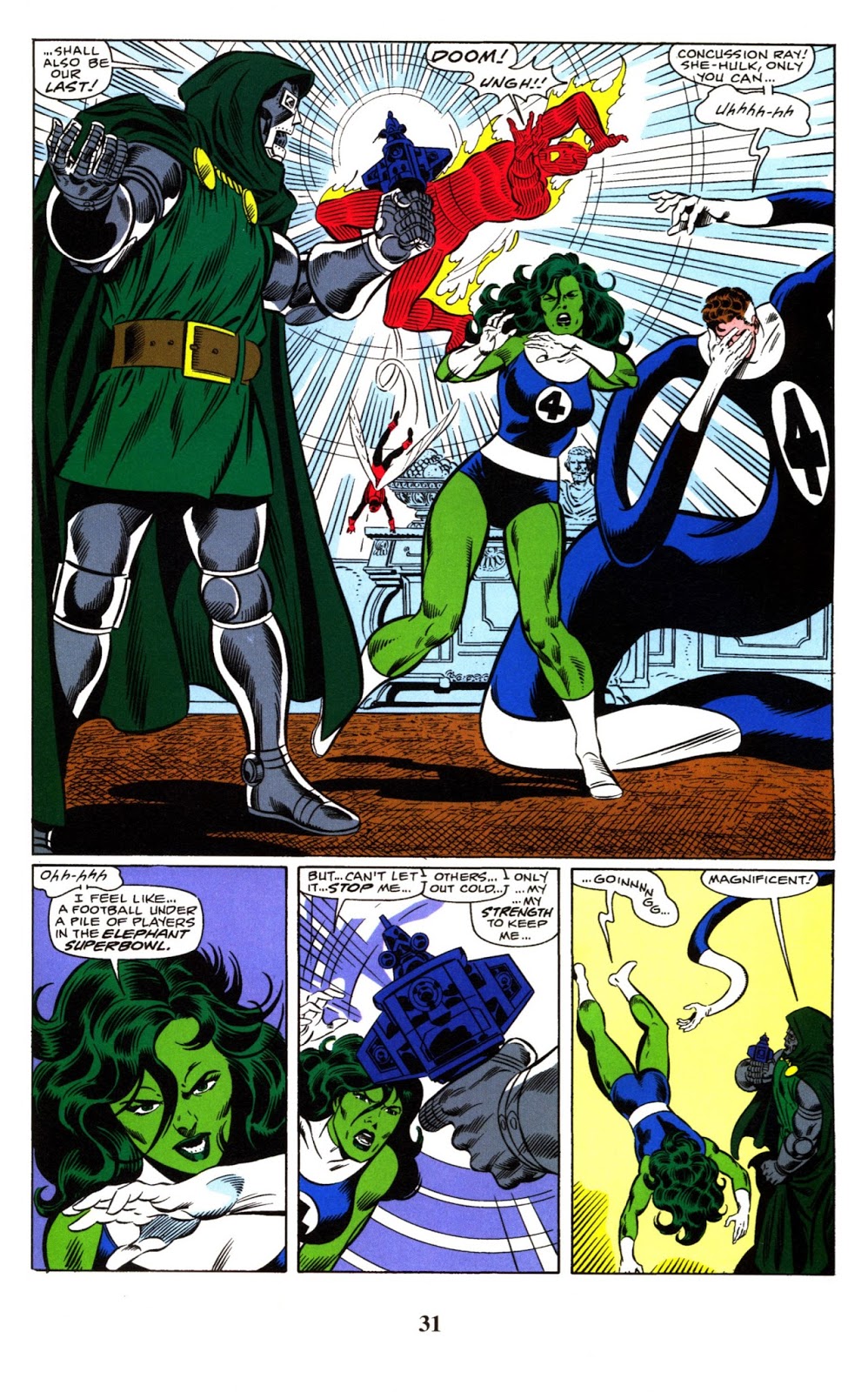 With this volume we finally reach the end of John Byrne’s run on Fantastic Four, with comics originally published in 1986. It really was very much time that he left. The three stories included here are largely pedestrian.

The last story is a typical Byrne strange SF environment narrative -throughout his run, Byrne clearly thought of Fantastic Four as a science fiction series as much as a superhero comic. But Byrne quit Fantastic Four not only a few months away from the 25th anniversary of their first appearance and their 300th issue, but in the middle of this tale.  Roger Stern and Jerry Ordway pick up the pieces, and deliver a reasonable conclusion that remains in Byrne’s style.

Byrne’s scripting displays a wordiness here that would blight his next project, the Man of Steel series, showing again that he was past his best. His art remains of a high standard, but under the inks of Al Gordon, P. Craig Russell, and especially Joe Sinnott, it looks very different from how it had a few years earlier. How Byrne might once have handled the artwork is hinted at by the covers where he inked his pencils himself.

Byrne’s Fantastic Four is a highlight of superhero comics before Dark Knight and Watchmen, but this last collection is less than essential. Byrne at his best is found in the first three volumes.