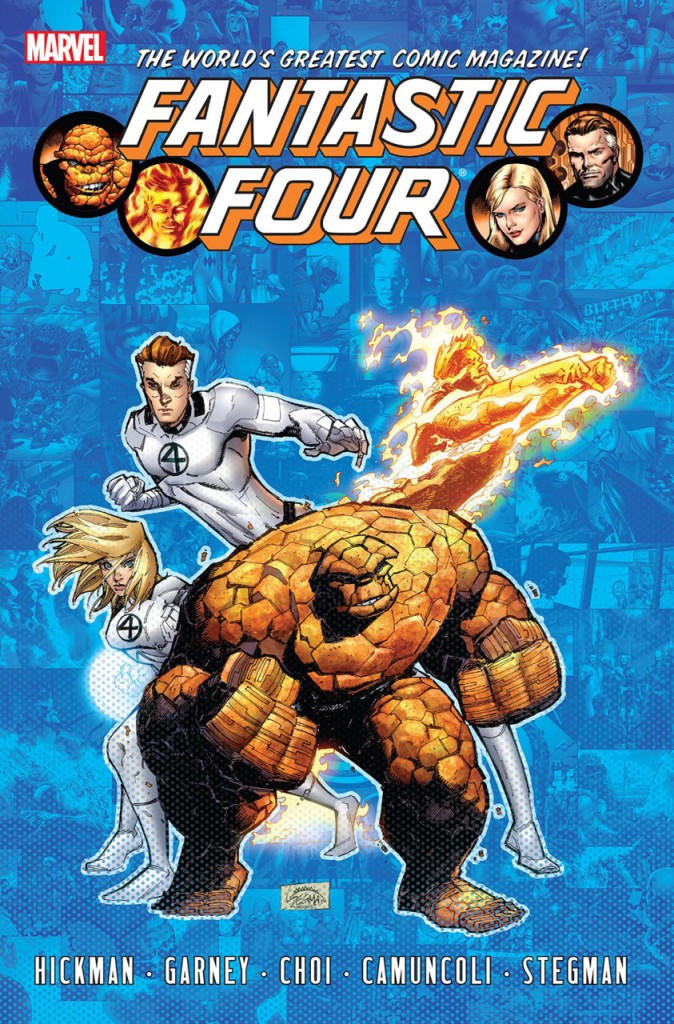 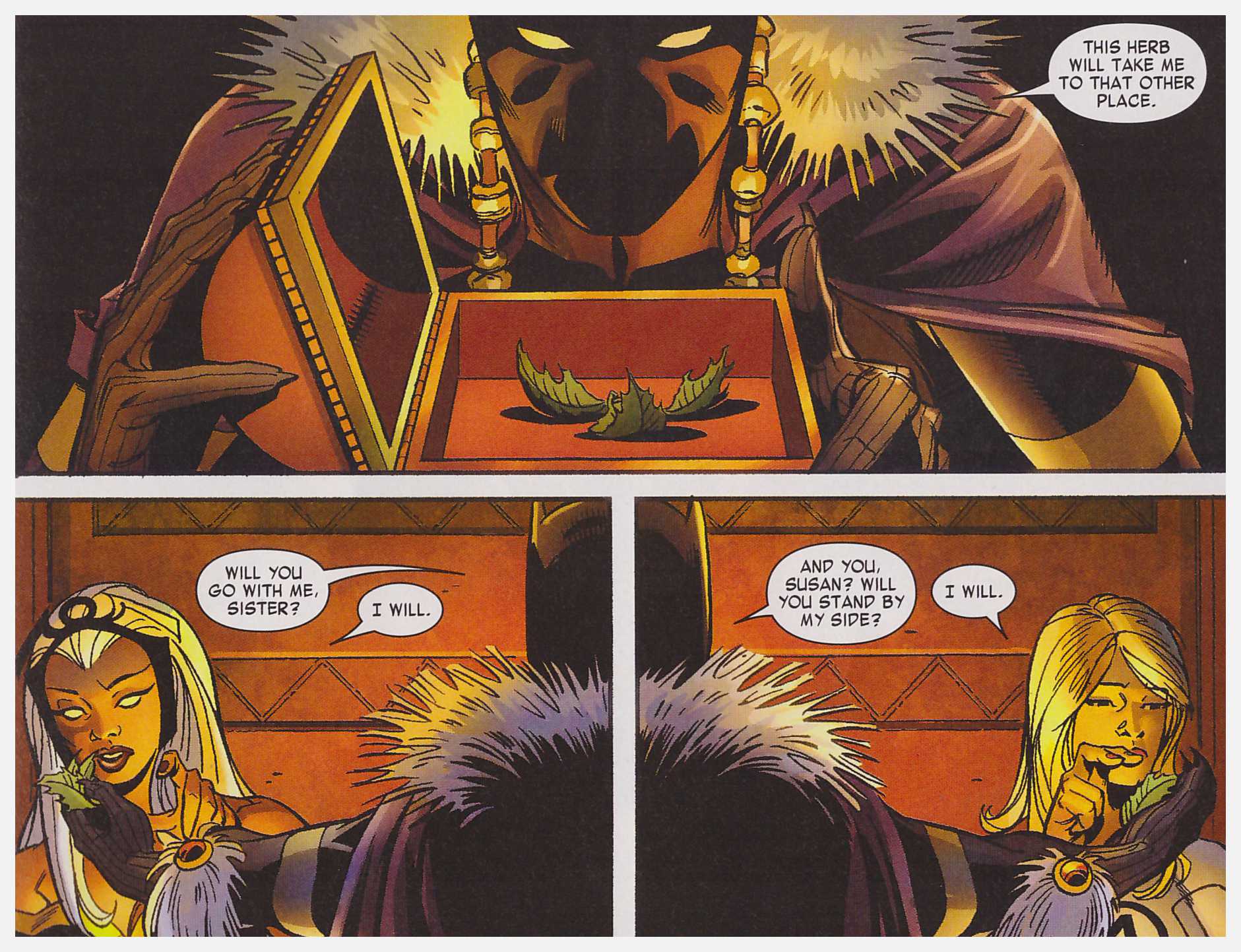 “Where do you go the night after you save the Universe?” was a question posed by Steve Gerber during his idiosyncratic Howard the Duck series. In a manner of speaking, it’s here. The ongoing plot threads that Jonathan Hickman toyed with since starting to write Fantastic Four all culminated in spectacular fashion in volume five. So what’s presented here are a few plot ideas that wouldn’t fit elsewhere, to mixed effect.

Hickman’s consistent flow of good ideas is maintained, and even the most ordinary story in this collection, the return of the former Nu-Earth residents to the future, has the fantastic site of Galactus’ corpse transformed into a space vehicle. Jack Kirby might have had some qualms about the use of a corpse, but he’d love the visuals.

The end of FF volume 3 saw a stranded Doom, and we see here what happens when he creates a world in his own image. There’s a two-part trip to Wakanda. Amid the previous stories the portentous tone would be something to add to the brewing plots, but knowing Hickman wouldn’t be following up renders it somewhat hollow.

One of the better stories here doesn’t feature the Fantastic Four as we know them, concentrating on the biography of a Reed Richards from alternate universe. He’s not a pleasant man, and the Mike Choi illustrated romp through a past that touches on the familiar, is skin-crawling in places. His eventual fate was detailed in volume four when his mind was read. An adventure into an unknown biological environment to save a long-standing friend is touching, and there’s a connection with the story of the Wizard, now surplus to requirement among the warring scientists of AIM. A visit to their island concludes with diplomatic accord. There’s also a touching trip to Ben Grimm’s future.

The patchiness of the collection isn’t helped by four artists over seven instalments. Ron Garney and Giuseppe Camuncoli best suit the tone of the stories, while Ryan Stegman’s looser style isn’t as appealing.

Hickman’s run on Fantastic Four will be considered among the best for years to come, but it’s not adequately represented by this final collection. All content is also available in Fantastic Four by Jonathan Hickman Omnibus volume 2