Eternal Warrior: Sword of the Wild 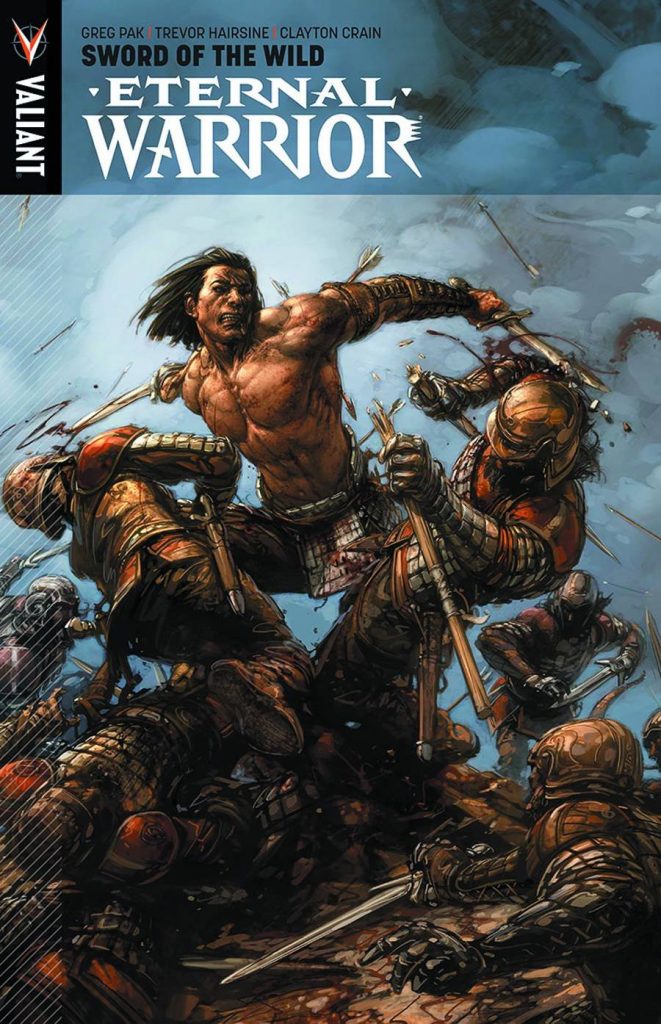 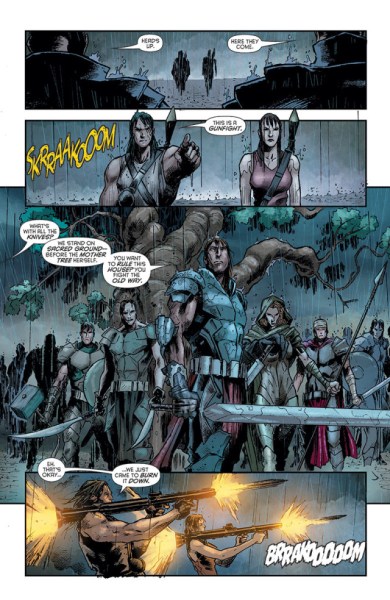 Gilad Anni-Padda, the Eternal Warrior, was a core character in the 1990s Valiant universe, but dotted around several 21st century titles, most prominently Unity, before his own series was launched.

As his designation suggests, Gilad’s immortal to all intents and purposes, which leaves plenty of scope for stories set in the past. Greg Pak opens in ancient Mesopotamia, with a tale that could be a Conan the Barbarian adventure, but its primary purpose is to establish a relationship between Gilad and his children, the favoured son Mitu and daughter Xaran, as headstrong as he is. Read nothing sordid into the comment, but theirs is a far from conventional relationship. She returns to his life in the present day, after six thousand years, noting that his breaking off service to Earth’s protector the Geomancer has had some deadly consequences that need to be put right.

Pak sifts further episodes from the past throughout the events of the present, these drawn by Clayton Crain or Diego Bernard, while Trevor Hairsine is the primary artist. He works in a loose, scratchy style that looks rushed in places, and that he isn’t keen on background detail adds to that impression.

Opening with an Eternal Warrior tired of eternal warrioring is an eccentric method of starting a series, but Gilad’s past catches up with him in one hell of a headlong rush. His longevity is tied into serving a personalised version of the Earth, and he’s not the sole recipient of such a gift. With that as a starting point, Pak’s plot hones in on fate, chaos and inevitability, hinging on the philosophical argument of whether anyone able to go back in time would kill Hitler as a child to prevent what he’d become. The planet has checks and balances, and an eternal warrior is part of that.

Unusually for a 21st century Valiant graphic novel, it’s not very interesting, and is further diminished by the final page revelation that it’s all just been the lead in to a Valiant crossover 4001AD, when everything jumps forward two thousand years. The result of that can be read in Eternal Emperor.