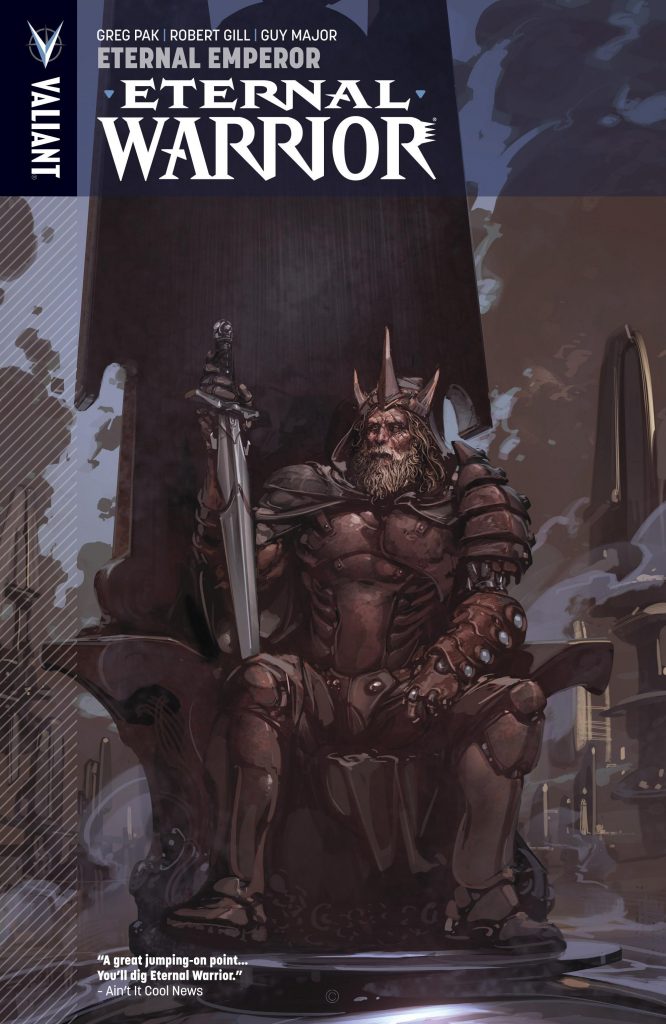 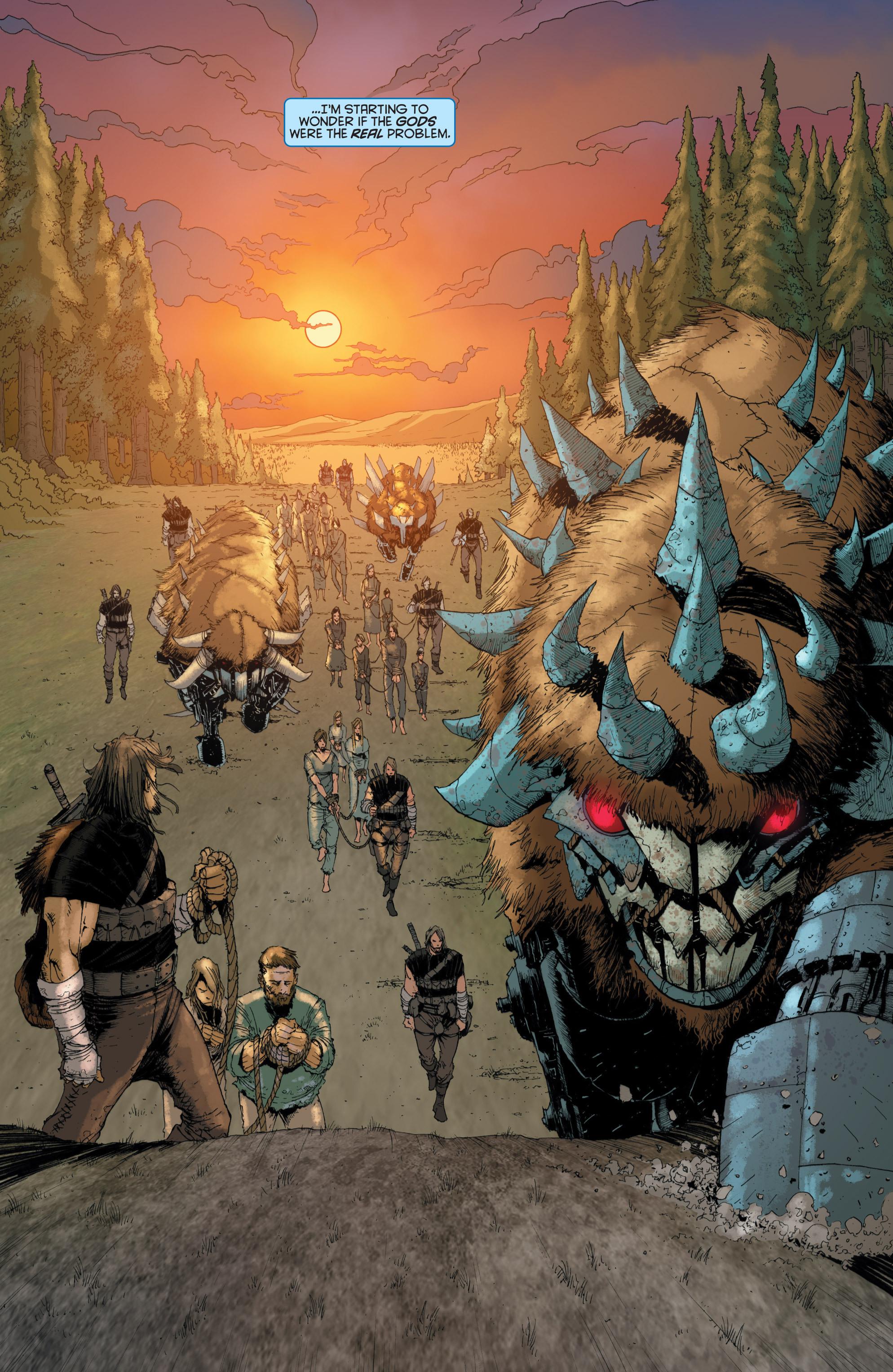 Sword of the Wild was a rare lacklustre Valiant graphic novel, neither the company nor Greg Pak’s finest hour, but both are redeemed by Eternal Emperor.

We rejoin Gilad Anni-Padda, the Eternal Warrior, in 4001. Somewhere along the way he’s begun leading a simple life among a rural community where he’s liked, and his wisdom respected. It’s a far more idyllic existence than the grim and imposing cover suggests, but it doesn’t last. Machines have long been considered forbidden technology held responsible for the devastation of much of the planet, yet someone’s reconstructed a crude robot housing a nuclear bomb. The Eternal Warrior and his grand-daughter have to embark on mission to discover who’s responsible, along with the desperate hope that they may also have developed a cure for radiation poisoning. It’s been a long time since Gilad left his community, and what humanity has rebuilt in the city stinks. “You’re all dying. These machines you dug up… they’re poisoning you. They going to poison the whole world all over again, and I’m not gonna be part of it.”

One honest man taking a stand against a festering regime is always a crowd pleasing plot, and so is the aspect that the oppressors have no idea just how accomplished that one man is. Pak switches the focus with every passing chapter, and because he’s set the story so far in the future everything’s up for grabs. Robert Gill illustrates the future well, having to increase his technological designs in small increments for a story in which very little is what it’s expected to be. Gill’s not the spectacular artist that some of his colleagues are, but there’s never a point where the reader’s left wondering about what’s happening. Clarity is an undervalued aspect of graphic storytelling.

While sentimentality infuses the story, it leads to a clever and heartbreaking ending, but that’s the finale for Eternal Warrior in the 41st century. When he’s next seen it’s back in the past during Days of Steel.