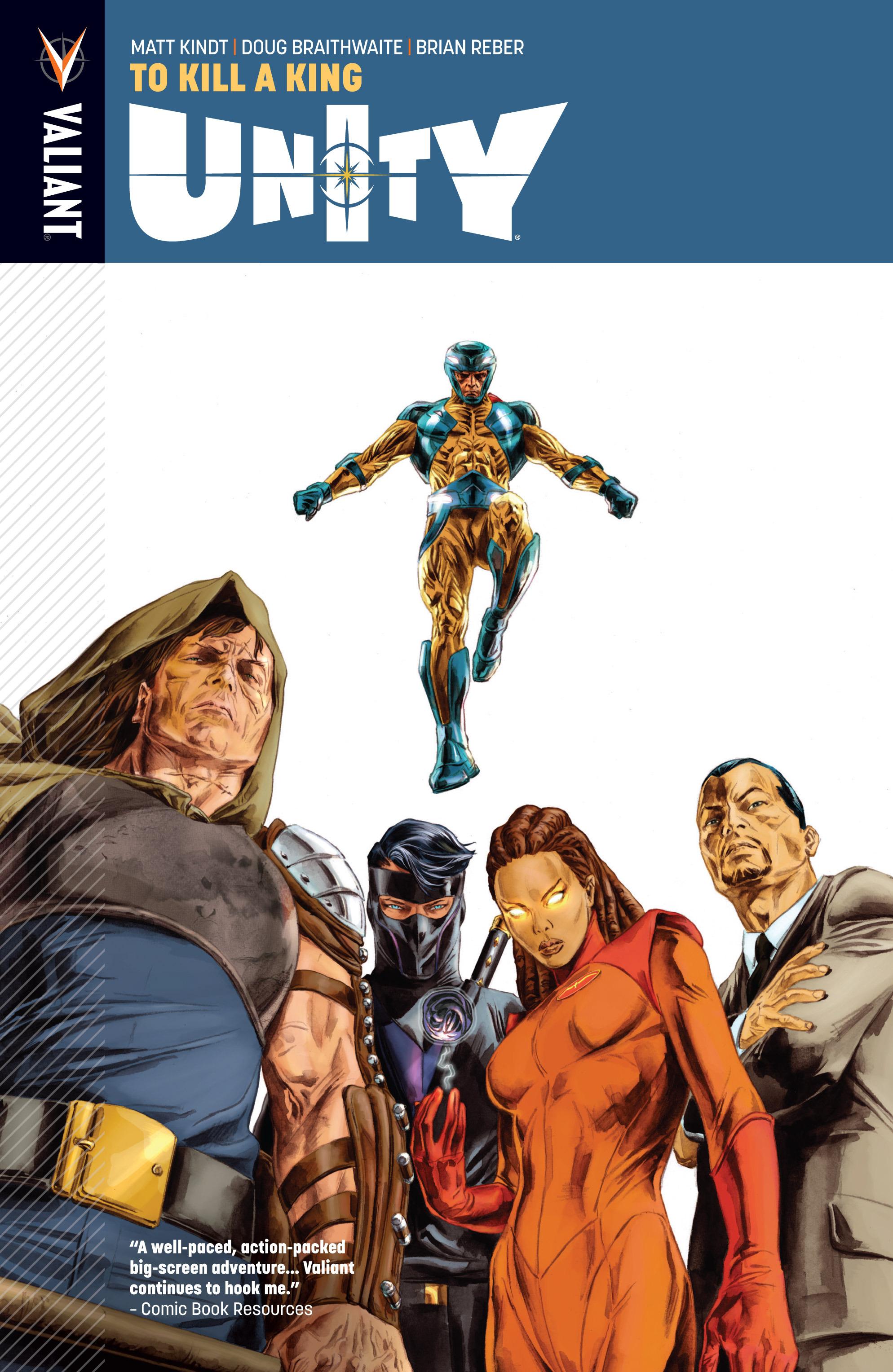 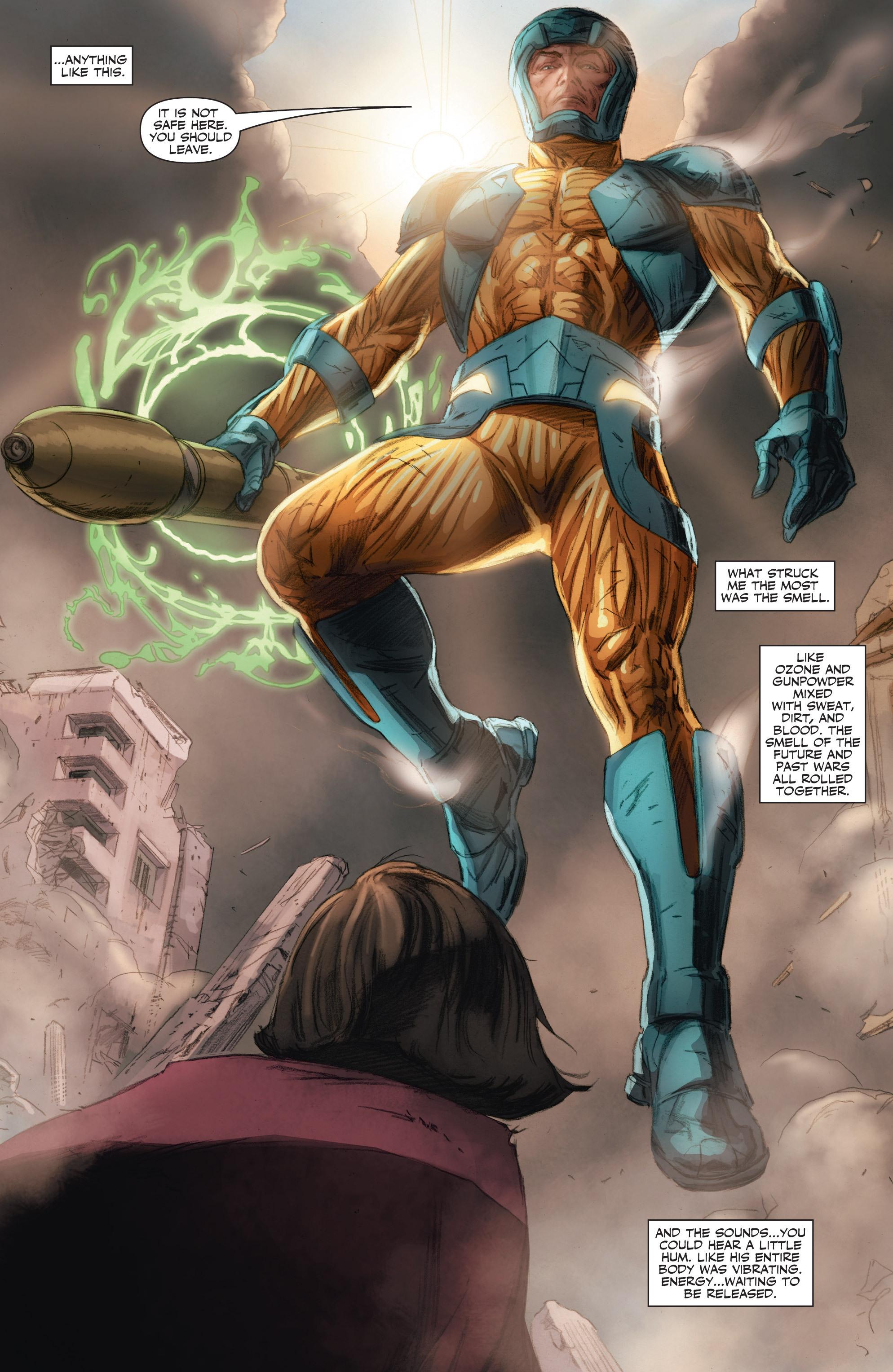 Unity becomes Valiant’s all-purpose superhero first response team to global threats under the control of British intelligence agency MI6, and as To Kill a King begins the global threat is someone who’ll become one of their core members, Aric of Dacia. As in seen in X-O Manowar, he’s a Visigoth transported through time from 400AD, but in possession of incredible alien armour, with which he’s bonded. It’s well in advance of Earth technology, and Aric is smart enough to control it. He’s recently returned from an alien planet with what remains of his people and claimed their former territory. It’s much of Romania, which sets alarm bells ringing, but he easily repels a Russian attack.

This is spectacularly well drawn by artist Doug Braithwaite. Well, actually, so is pretty much everything else, and while this content is intimately connected with events occurring simultaneously in X-O Manowar: At War With Unity, Matt Kindt manages a far better job of ensuring this book is a smooth read. Most of it takes place interspersed between moments of the second and third chapters of that book, but here Kindt only uses Aric as a reactive force, and concentrates on the people Toyo Harada assembles to deal with him. With Unity now multiple volumes in, these will hardly come as a surprise to most, but Kindt does work in a shock for those who don’t know, and in the originally monthly serialised comics it would have been a stunner.

It’s also surprising that the most interesting member of the team as its eventually configured is the only one not to have been promoted to their own title at some stage. Live Wire has been seen in other Valiant team titles, and speaks with machinery, which may not seem like much of a power until you see the imaginative methods Kindt devises for its use. It’s not giving too much away if it’s noted that the X-O armour is machinery, for instance. As Live Wire is the one character over whom Kindt has total control, he’s free to establish her background and personality and for all the power and cunning that surround her, she becomes the team’s conscience.

Braithwaite’s art is wonderful, and To Kill a King is a promising start. The series continues with Trapped by Webnet. Alternatively there’s the oversize hardcover Unity Deluxe Edition that collects both and far more. 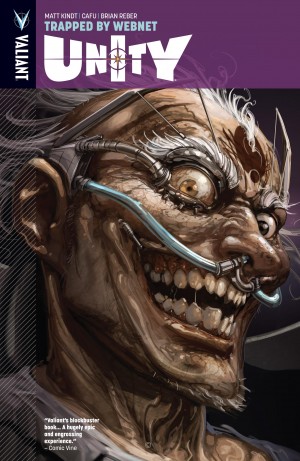 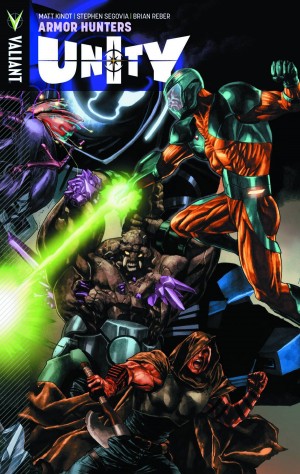 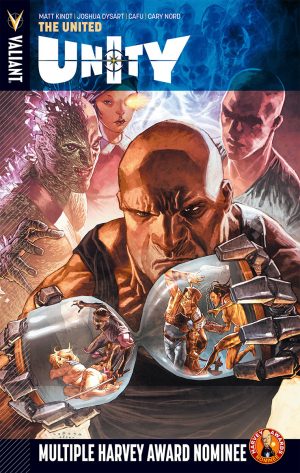 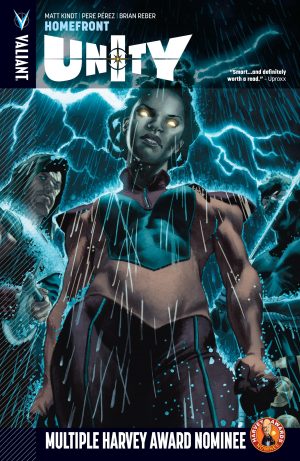