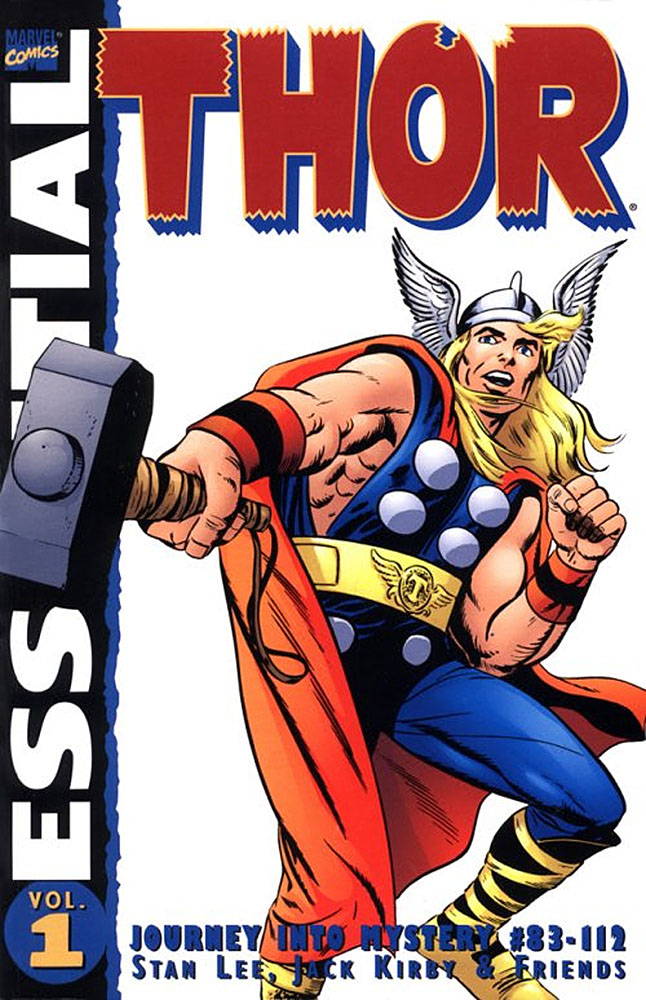 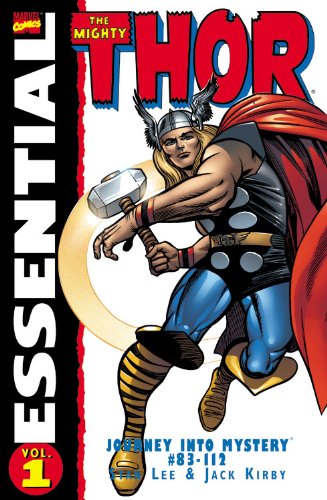 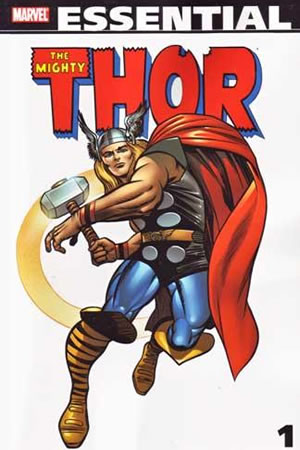 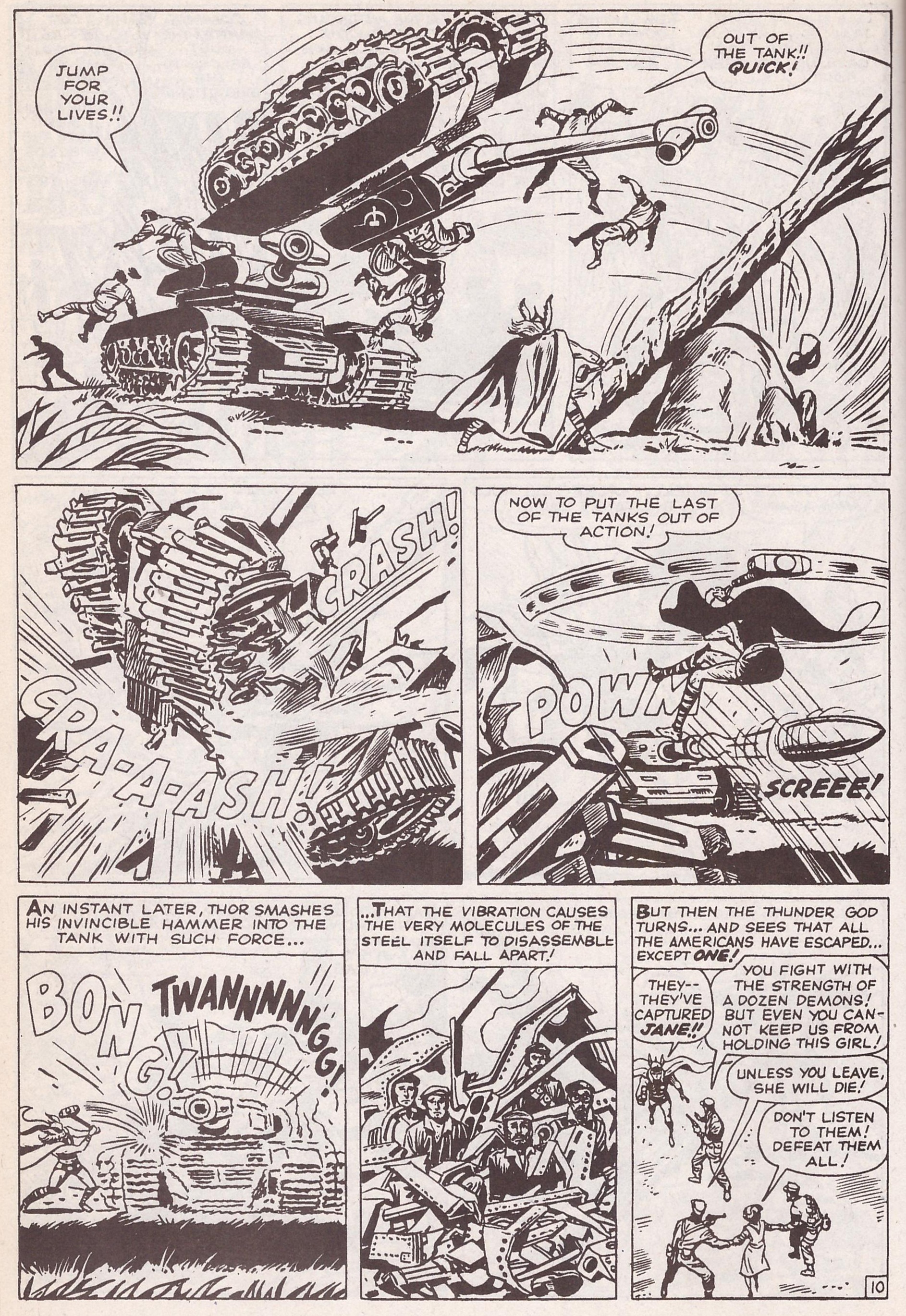 Thor has a high reputation among fans of 1960s Marvel comics as the title on which Jack Kirby’s creative instincts really flourished, resulting in stunning artwork and stories that encompassed big themes. You’d never know it from the opening half of this book featuring Thor’s earliest stories, yet it’s a very definite book of two halves, with a vast improvement from the midway point.

Thor’s visual design with flowing blonde hair is interesting for 1962’s conservatism, although true to the Viking communities who created the Norse mythology that introduced Thor. There are hints of Kirby’s grandeur in the later material, but dense scripts that required nine panels to page hardly provide much opportunity for him to shine. Stan Lee’s attention is elsewhere for the first half of the book, turning in average plots to which Larry Lieber and particularly Robert Bernstein (credited as R. Berns) add leaden dialogue. Lieber should, however, receive some credit for the faux-Elizabethan speech patterns that later came to characterise Thor, first using them for Odin. There’s some spirit to the origin story, but otherwise too many plots depend on the tension supposedly induced by Thor being separated from his hammer, and therefore likely to transform back to Donald Blake. The best use of this device is the final time late on in the collection, when Mister Hyde devises a machine capable of holding the hammer.

After Don Heck tries drawing the feature – good day to day scenes, insipid action – is when it really picks up. Lee gives more thought to the plots, doesn’t repeat himself nearly as often, provides the dialogue himself, and Kirby gradually decreases the panels per page. Inked by Chic Stone, there’s an elegance alongside the power of Kirby’s pencils and the splendour of his designs. The downsides remain a great reliance on the soap opera tropes of Jane Foster loving Thor, but he being unable to reciprocate because Odin forbids gods consorting with mortals, and Loki frustratingly transparent to all but Odin. At times his villainy comes across as that of the wrestler when the referee is distracted. That’s countered by greater invention overall and Kirby really flourishing.

It’s on the back up strips that Kirby’s seen at his best. The five page ‘Tales of Asgard’ features begin by extrapolating Norse myths, but soon move to material featuring the younger days of what are immortals by human standards. Kirby shines at four panels to a page, as we learn of assorted elements affecting the present day Asgard, such as Heimdall being appointed guardian of the Rainbow Bridge connecting Asgard with other worlds.

This is a deliberately affordable collection in black and white, but should that excuse the extremely muddy reproduction of some pages? The colour alternatives all come at a premium price, even the paperback God of Thunder collection. Alternatively the content is spread across Marvel Masterworks: The Mighty Thor volumes 1 and 2, or The Mighty Thor Omnibus. In both cases attempts have been made to restore the art for superior reproduction. More controversially, a collection of the Tales of Asgard material has been recoloured. 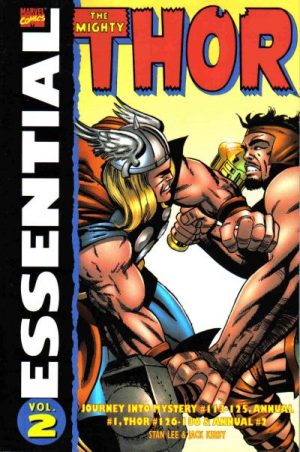 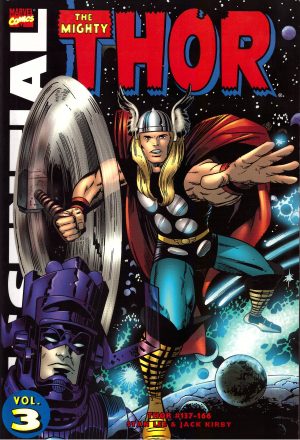 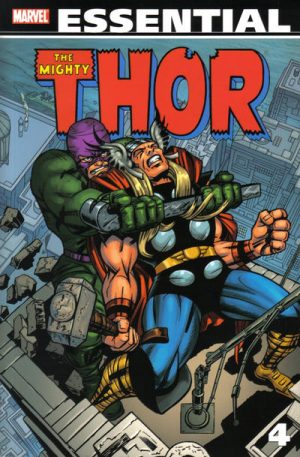 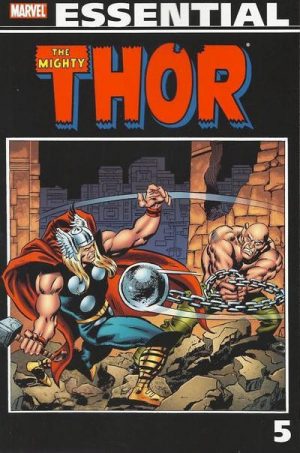