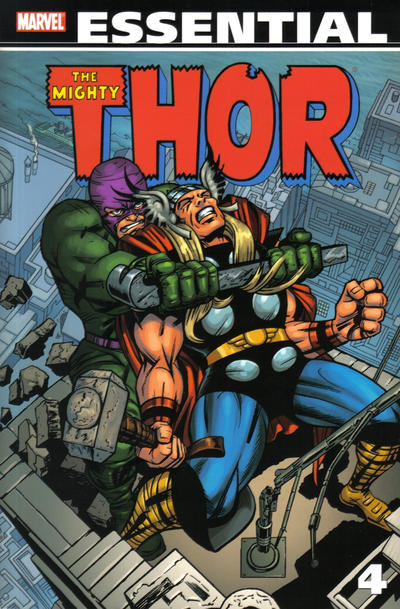 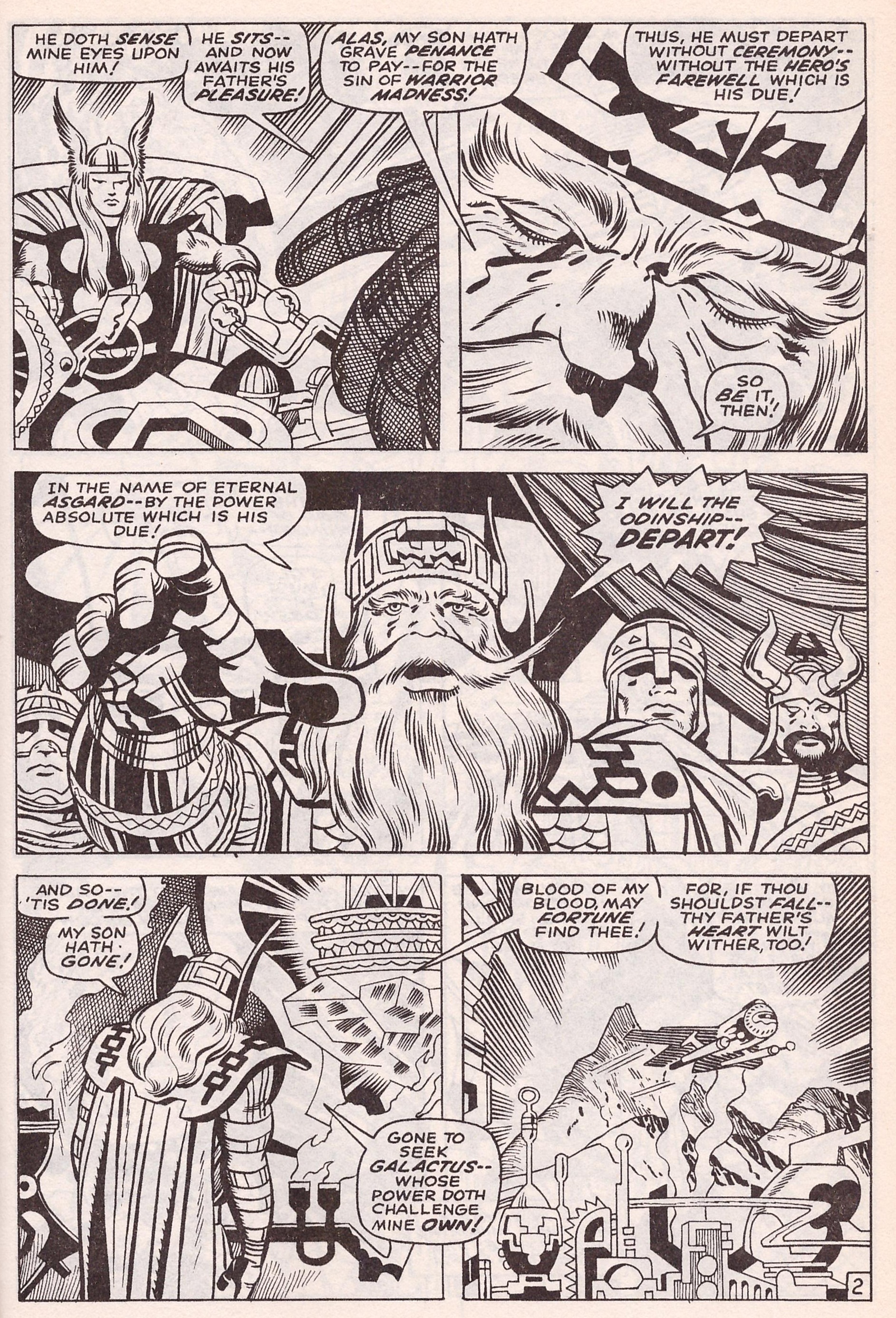 This collection covers 1969-1971 issues of Thor, comprising Jack Kirby’s final work on the feature, at roughly half the book, Stan Lee picking up the plots again in the company of Neal Adams and John Buscema, and finally the beginnings of Gerry Conway’s long run guiding Thor’s destiny. In plain print it sounds an enticing concoction, but much of it is fatally flawed.

You’d not know it from the art, at least not until his final issue, but Kirby was utterly disenchanted at what he felt was the lack of credit he received for Marvel’s startling 1960s rise to success. Lee’s only contribution to Thor was the dialogue, yet his name appears first in the credits, equal with the person plotting and drawing the stories, and this took its toll. Kirby’s plotting is largely lacklustre, with few of the thrills that characterised Essential Thor 3. What had the potential for a masterpiece, Thor learning the origin of Galactus, is muddled and disappointing, and little of what follows shows much originality. Kirby even resorts to reusing plots, a long tale of Surtur invading Asgard being much the same as his earlier Mangog epic. His best tale concerns a man intending to prolong his life unconcerned about the effect of the procedure on others. Kirby’s art is better for some episodes being inked by Bill Everett in preference to Vince Colletta.

When Lee begins plotting again he immediately reverts to the hoary old cliché of his earliest stories, generating tension by having Thor endangered by reverting to his human identity of Don Blake via not holding his hammer for sixty seconds. It’s used well when Thor takes on Doctor Doom, but otherwise repeated too often. Adams, elsewhere providing inspirational art, is either rushed or uninspired, and Buscema (sample page) takes a while to settle in. When he does, however, his more figurative art inspired by classical paintings is equally suited to the grandeur of Asgard and to battle scenes. There’s less raw power, but a grace Kirby didn’t have.

Lee needs a bedding-in period, but hits all the right notes on the Doctor Doom tale, and follows that with a three act epic covering the next dozen reprinted issues. First there’s the foreboding menace of the planet swallowing Infinity, then Thor attempting to avoid Hela, the embodiment of death, and finally Loki taking control of Asgard. Lee extends the first part too long, and a couple of elements are contrived, but succeeds in delivering desperate situations seemingly beyond Thor’s capacity to cope. Lee drops some plot bombshells, and Conway supplies a neat twist in the conclusion. It’s the Hela segment that’s the best, an implacable foe in relentless pursuit, and one that can’t be beaten by force. The way she is stopped isn’t entirely convincing, but the suspense beforehand is well generated.

If you’d prefer this content in colour it’s found in oversize hardcover format in the third Mighty Thor Omnibus, or in Marvel Masterworks: Thor volumes 8, 9, and 10, with the final story in 11. Unlike the content of earlier volumes, however, the black and white reproduction is crisp throughout, so it provides an acceptable reasonably priced alternative.