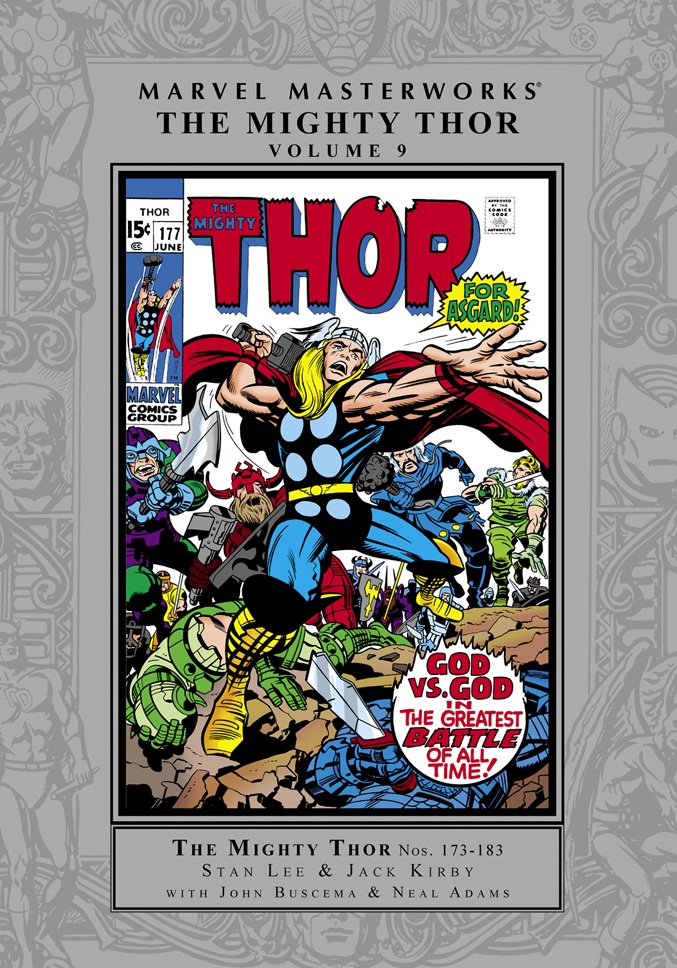 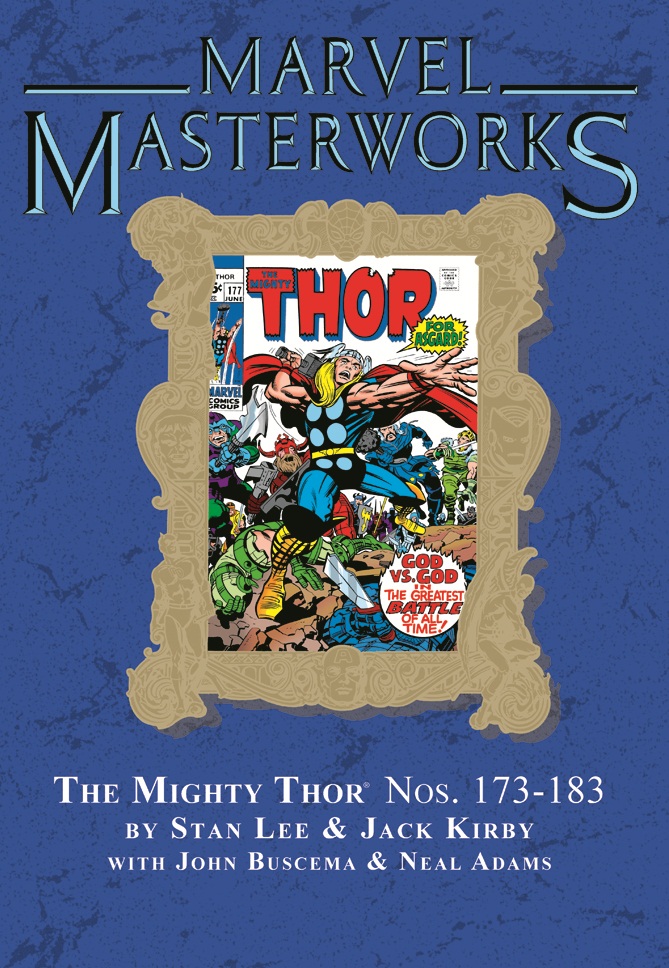 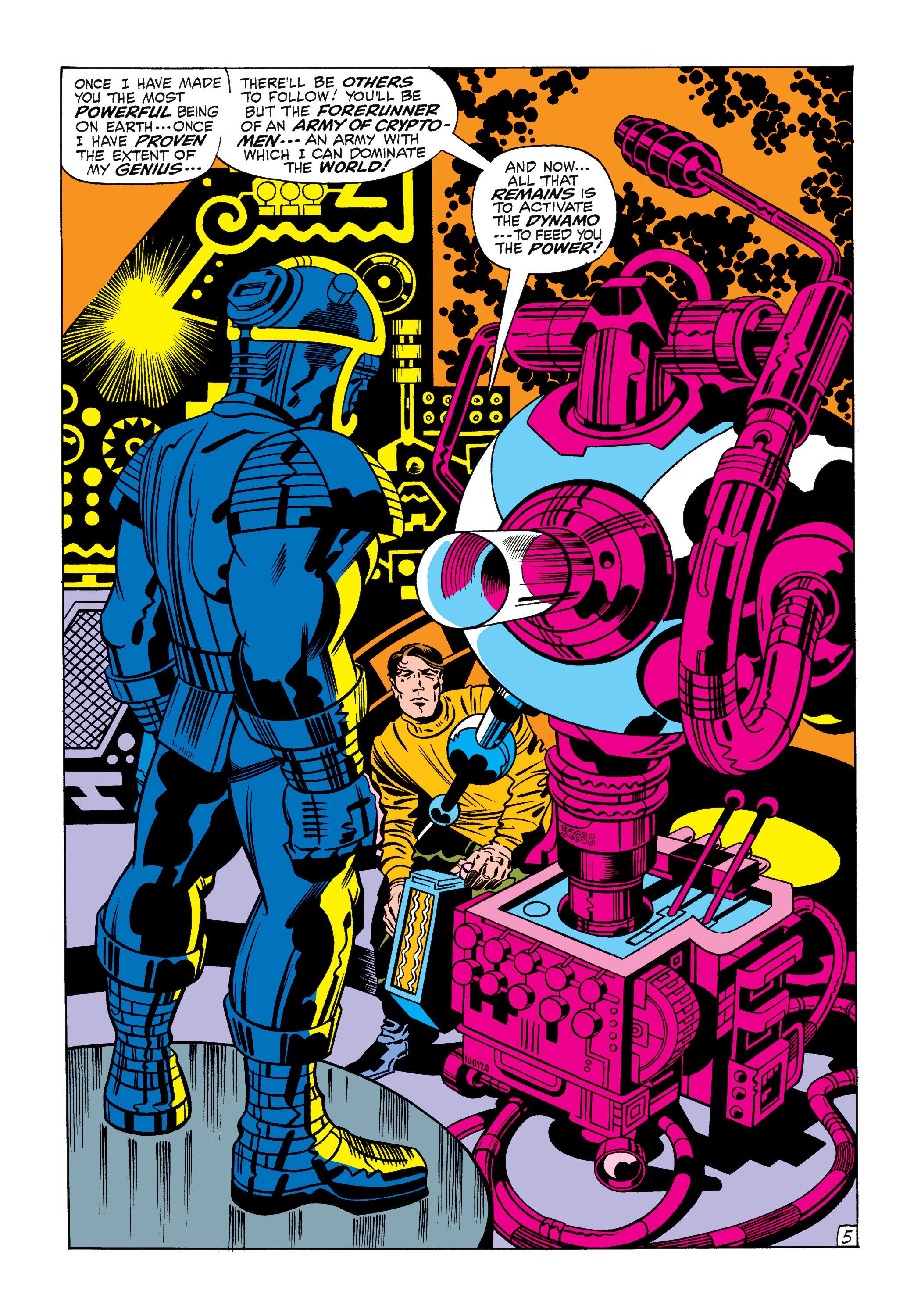 After so much great work on Thor, it’s disappointing to report that Jack Kirby departs the feature he brought to such stunning life with a whimper. In 1970 he was thoroughly disillusioned with his treatment at Marvel and seeing out a contract before he could jump ship to DC. He’s responsible for seven of the eleven issues reprinted in this collection, and while some of the art is stunning, none of the plots have any great spark.

Making matters worse is the echoes of other glories. The construction of Crypto-Man recalls the great Fantastic Four tale of the man who would be the Thing, and Kirby’s final extended story with Loki taking over Asgard and the fire demon Surtur unleashed on the golden realm while Odin sleeps re-runs the threat of Mangog, and ends in pretty well the same fashion. Neither is very satisfactory, but read acceptably if you don’t know Kirby’s repeating himself, which isn’t the case for Ulik the Troll’s return. When introduced he was fearsome, a brute capable of shaking the foundations of Asgard. Here he falls prey to the Ringmaster’s hypno-hat. There is at least a decent idea behind Kirby’s finale as Loki switches identities with Thor, but if ever Kirby can be said to have hacked out a comic artistically, it’s this. Neal Adams completes the story, but whether at very short notice, or just uninspired, it’s hardly prime Adams art. From Kirby’s view insult was surely added to injury by Adams enjoying Joe Sinnott inking his pencils, while Kirby had to make do with Vince Colletta’s mismatched style over most of his final issues. Those inked by Bill Everett opening this collection look far better.

With Kirby not plotting some of the material we’re reminded that Stan Lee’s capable of more than just the sparkling dialogue he adds to Kirby’s plots, as he writes five of the issues reprinted. Truth be told, while providing a good ending to tricky problem, his continuation of Thor and Loki switching identities is no masterpiece. Neither is Thor’s encounter with the Stranger, although the ending is again neat, with the art wrongly attributed on the contents page. It’s actually the work of John Buscema, also responsible for the spirited encounter with Doctor Doom that closes the collection.

That begins well by following up on the public mistrust seeded by Loki’s violence in Thor’s name, and continues as Thor learns of Doom’s perfidy in the Latverian state he rules with an iron fist. Lee once again returns to an old plot of Thor separated from his hammer, so reverting to his mortal form (already used in the Stranger encounter), but it makes for a better story here, and a more even match between opponents. There’s some stylish art from Buscema and another decent twist in the ending.

A lack of overall quality, however, means that unless maintaining a complete set of Masterworks editions is a priority, the material is probably better consumed alongside better work from Kirby. This would be in oversize format in the third Mighty Thor Omnibus, and in black and white within Essential Thor volume four. The work of Lee and Buscema continues in Masterworks volume 10. 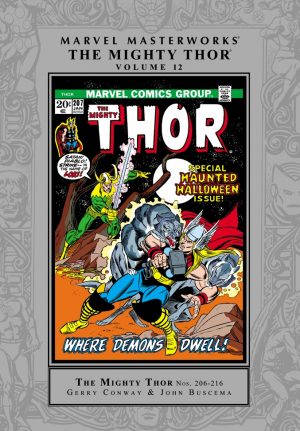 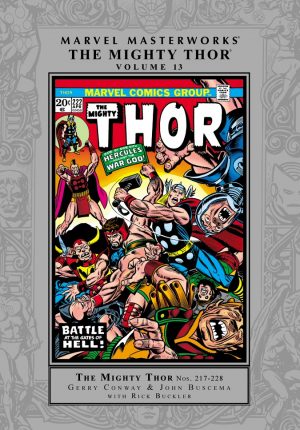