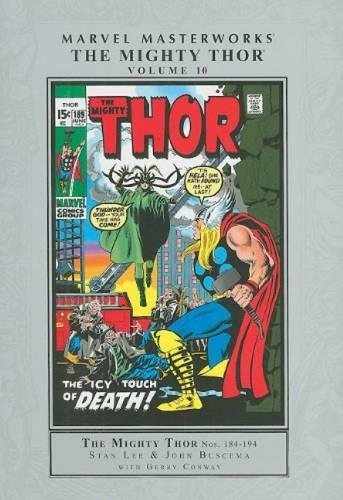 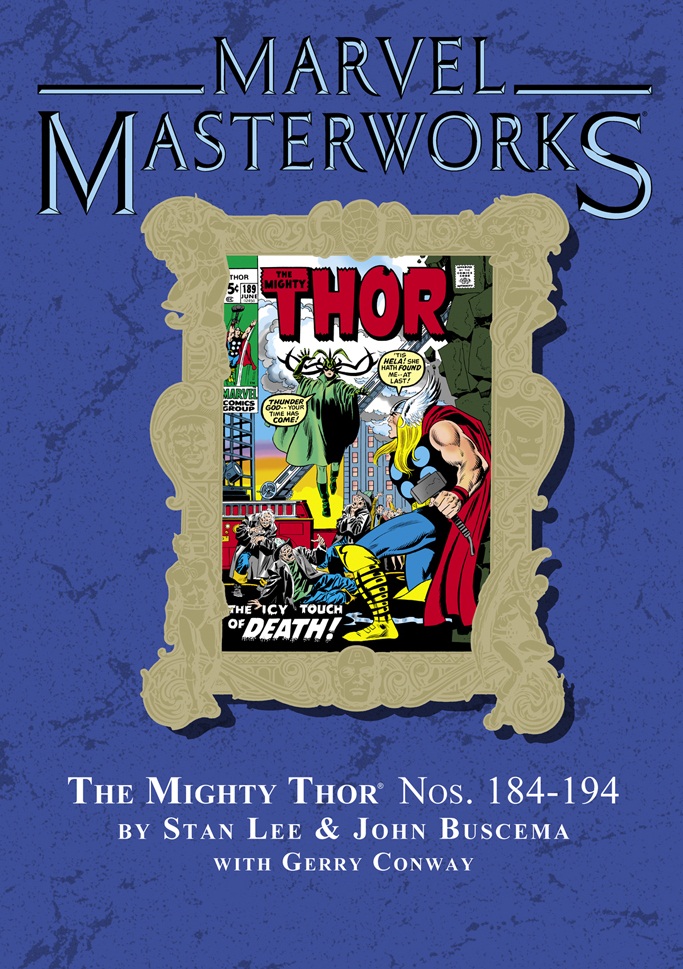 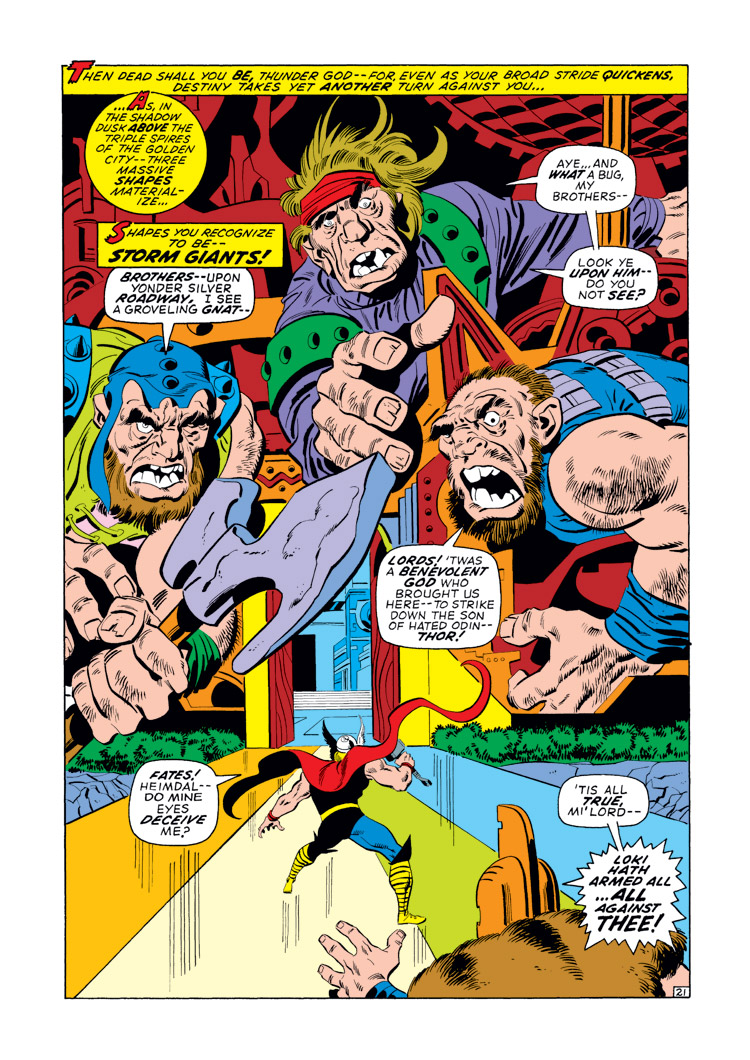 When Jack Kirby left Thor in 1970 Stan Lee not only had to locate a replacement artist, but had to step up to the plate and start plotting the series again in addition to supplying the dialogue, and as was seen in Masterworks volume nine, he took a while to slip back into the way of things. To begin with he relied too much on his standby from the earliest days of the series, Thor losing his hammer for sixty seconds and transforming back into the human Donald Blake. He resorts to that again in what’s really a long continued story in three acts. It lacks the tension generated by the raw power of Kirby, but Lee’s plots have a sneaky element to them.

This volume begins well, with a mysterious powerful and silent being appearing in Asgard, a perhaps overwrought Odin fearful of a previously unknown entity that’s gobbling up the stars, the disappearance of the Warriors Three sent to investigate, and Loki up to nefarious tricks. Lee, however, drags matters on too long. It’s a full five chapters before we learn the full secret, and while it has merit, the plot’s been sustained by characters with knowledge too busy wittering on about matters of secondary consequence to impart the important information in anything but the vaguest of terms. It rings hollow. Taken as entire story, the biggest plus point is the graduation of Hela into a far more viable character. Kirby had used this embodiment of death sparingly, so Lee now had some room to develop her, and it’s her relentless pursuit of Thor that’s the highlight here. She’s a threat he can’t beat by force, and there’s solid reasoning behind her invincibility. The ending is unconvincingly melodramatic, but the journey there remains powerful. Plot convenience recurs with Asgard’s rule resting on who wears a specific ring, and Odin once again returning to the Odin sleep, and unable to be woken. From this, though, Lee creates a viable foe, a preening Loki, and some interesting involvement from the Silver Surfer. The ending is good, but contrived by a manipulative Odin.

John Buscema’s roots in classical illustration are diametrically opposed to Kirby’s all-motion style, but he’s equally good at supplying the power, opulence and despair of the Asgardian soap opera. His clinical figurative pencils look better under Joe Sinnott than Jim Mooney or Sam Grainger’s inks, but never below par. As he settles into the strip he develops an imperious grandeur. Buscema’s Odin here is every bit the detailed and complex character depicted by Kirby, and his full page illustrations are great.

It’s down to Gerry Conway to conclude matters, and he provides a neat twist along the lines of heavy be the head that wears the crown. Conway takes Thor forward from Masterworks volume 11.

This is a patchy collection, but better than the preceding volume. The content can alternatively be found in oversize format in the third Mighty Thor Omnibus, and in black and white within Essential Thor volume four.