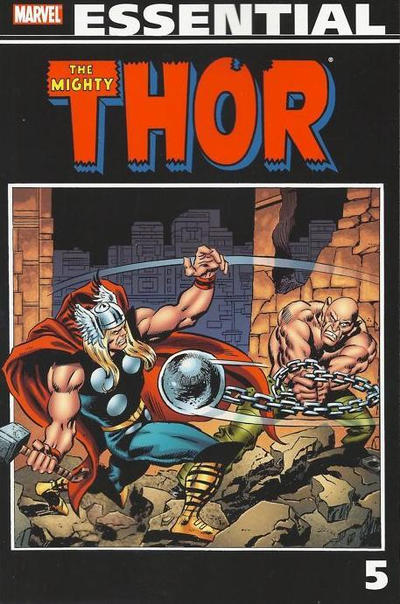 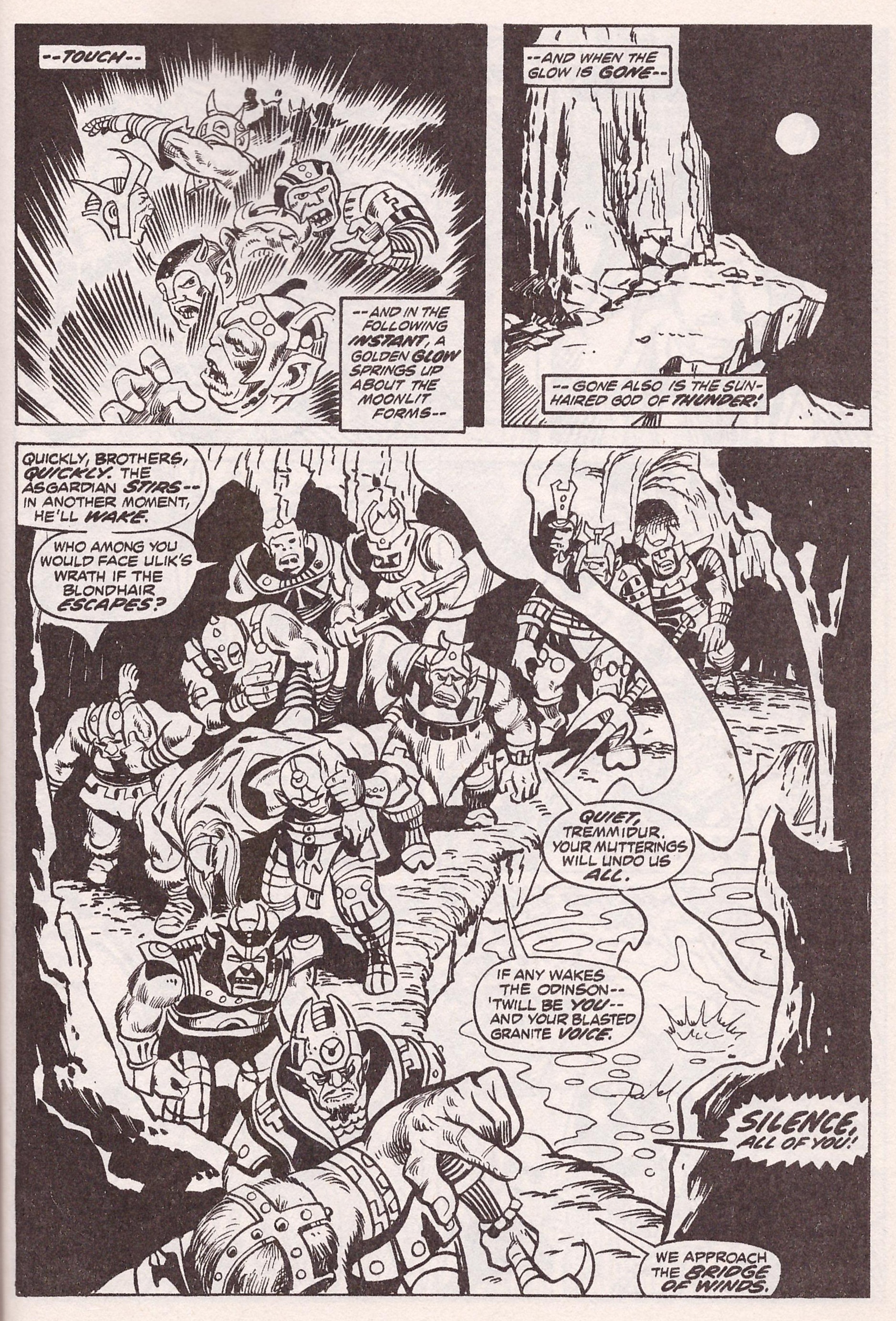 This collection begins with Gerry Conway taking over Thor’s feature entirely, having scripted the final few Stan Lee plots that closed volume four. Conway’s approach differs from both Lee and Jack Kirby, although he uses many of Kirby’s creations, coming up with few new characters himself. There’s far fewer dangers to Asgard in Conway’s work, although an early story has Mangog on the loose once more, but that’s not to say the Asgardians are minimised. If anything they have a greater presence, because while Thor never becomes secondary in his own title, Conway spreads the attention, so when Thor’s exiled to Earth by Odin (again) it’s in the company of several other Asgardians. The contrast between the grandeur of Asgard and the travails of Earth is well developed, and Conway emphasises fantasy and science fiction elements in preference to straight superhero action. There is some of that, but a return for the Absorbing Man, the forgettable Druid and the introduction of Mercurio are among the weaker stories, although Mercurio returns to good purpose later.

Most of the collection is pencilled by John Buscema, ranging from very nicely indeed to spectacular. Conway gives him some first rate visual cues, and Buscema soars with them, creating alien societies, in one case brilliantly distressed, wonders of scale for the final episodes, and some amazing single images. He matches Kirby when it comes to portraits of Odin, and enjoys the idea of the Asgardians travelling through space in a Viking longboat. Again, the inking is an issue, with Buscema and Vince Colletta being a good match, but Jim Mooney making everything look as if it had been drawn thirty years previously. There’s also a run where Buscema lays out the pages for Don Perlin to pencil, and the art quality drops precipitously, Perlin over-exaggerating everything and lacking subtlety. A chapter by Sal Buscema is elevated in comparison.

For all the entertainment to be had, Conway skimps on his plots in places. Some cliffhanger endings are all too easily resolved when the next chapter begins, and a decent story about alien slavers hangs on their being able to capture Odin and reduce him to a cowardly wreck, which strains credulity. Karnilla, Queen of the Norns, previously established to have power levels even Loki fears suffers a similar fate. Overlook that, however, and fully two-thirds of this collection is rollicking science fiction and fantasy. We see Hela facing off against Pluto, clashing over realms of the dead, Mangog and Ulik again threatening, Mephisto with his eye on Asgardians, and a good transference of a science fiction shock ending staple. This is an improvement on almost all the previous volume, with enough in the way of thrilling sequences to keep any Thor fan happy.

The content is also available as Marvel Masterworks: Thor volumes 11, 12 and portions of 13, there hardbound in colour.