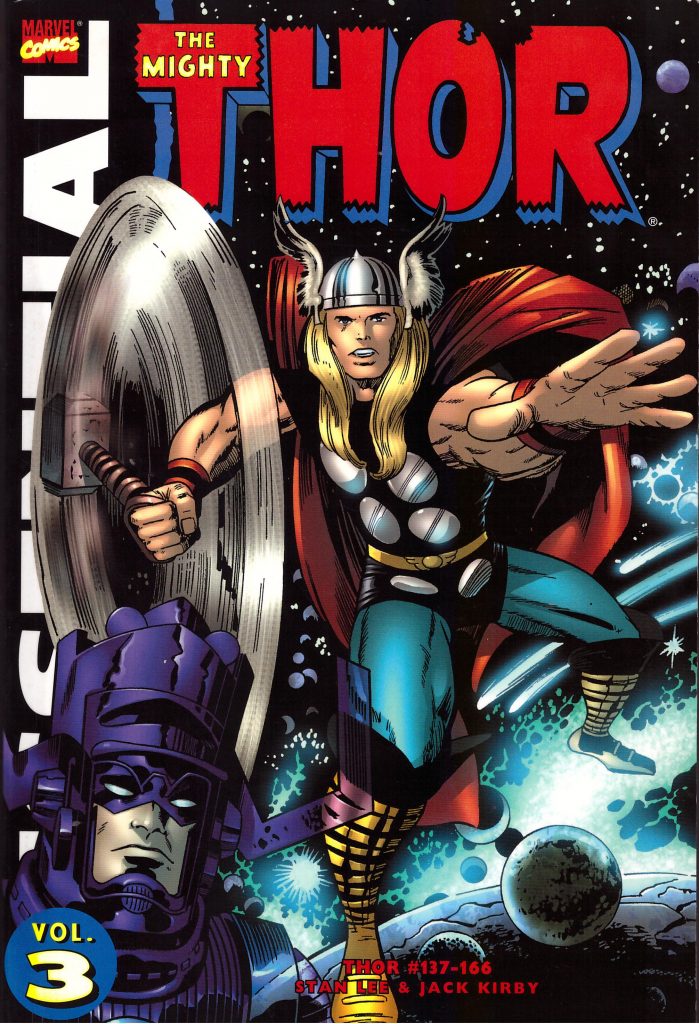 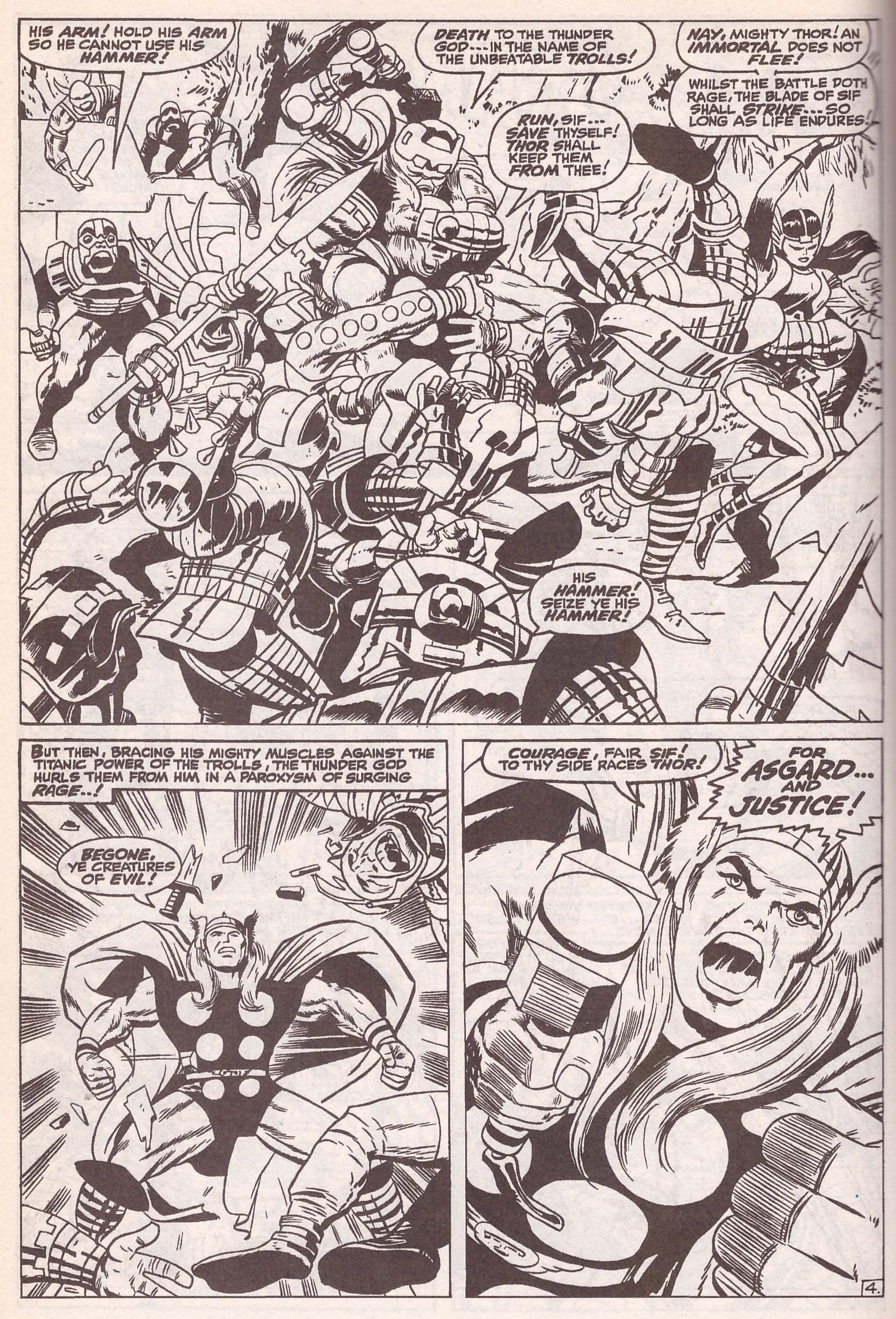 This bulky black and white volume contains almost all the best work by Jack Kirby on Thor, meaning it still ranks among the best Thor material since his 1962 introduction. It takes in stories originally published between 1967 and 1969, when Kirby was at his artistic pomp, the inking of Vince Colletta notwithstanding, and his plots still spark the imagination.

Those already familiar with the material will salivate at a listing of the content. Among the highlights, not in chronological order, are Mangog, possessing the power of a billion billion beings, seemingly invincible and hellbent on the destruction of Asgard; the introduction of Ulik the Troll, the Wrecker, and the transformation of Adam Warlock; a battle with the Destroyer featuring a great subtext; Galactus attempting to drain the energy from Ego the Living Planet; the best head-on battle with Loki that Kirby ever delivered, and Thor fighting for his life on an alternate Earth controlled by… No, read it for yourself and find out.

Everything is drawn with breathtaking power and pace by Kirby, who’s now fully flourished on Thor, supplying page after page of brute force, Asgardian grandeur and cosmic wonder. Scattered throughout this collection are at least half a dozen full page illustrations of Odin, each of them different, and each of them stunning, but they’re among dozens of other equally amazing pin-up pages. Kirby experiments with photographic collage, and the design work is mind-boggling, yet he can lay out a story with a combination of dynamism and clarity achieved by no other artist before and very few since.

There’s far more to the stories than just spectacular battles, however, as Kirby takes the emotional conflicts he and Stan Lee introduced earlier in the series and gives them some previously lacking depth. Odin is developed into someone who you can finally imagine having the character and foresight to lead a pantheon of Gods, and we learn just how the Don Blake/Thor dichotomy operates. This is where Lee’s contribution comes into its own. Debate still rages regarding just how much or little he contributed to the plots, but the dialogue fairly crackles in a way that Kirby could never equal when supplying it himself. Whenever Lee appears to be too pompous there’s a self-mocking put-down or smart change of approach, but he matches the power of the illustrations when its needed.

Some less than sparkling episodes occur, most of them gathered together in late 1967 material with Thor on Earth and dealing with the Super Skrull, or, heaven help us, tricked by the Ringmaster into helping the Circus of Crime. The Enchanters story should have been what the Mangog tale is, but devolves into disappointment and a rapid conclusion, and the ‘Tales of Asgard’ back-ups that earlier surpassed or at least matched the lead feature rather peter out with a dull tale of Norse warriors facing magic. Kirby didn’t need the ‘Tales of Asgard’ shorts any more to really strut his stuff, having been able to transfer the imaginative vistas to Thor’s own strip.

Muddy reproduction plagued the volumes 1 and 2, but that’s restricted to fewer pages here. Those who want absolute pristine reproduction of the same material in colour can find it spread across The Mighty Thor Omnibus volumes 2 and 3, while the Epic Collection To Wake the Mangog picks up with the Mangog story and runs until a second, disappointing encounter with Galactus found in volume 4. In any format the best of this material is matched by hardly any Thor produced over the next fifty years.