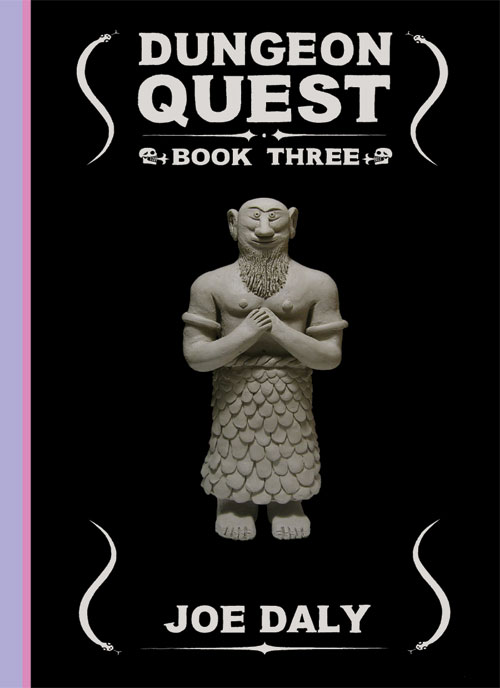 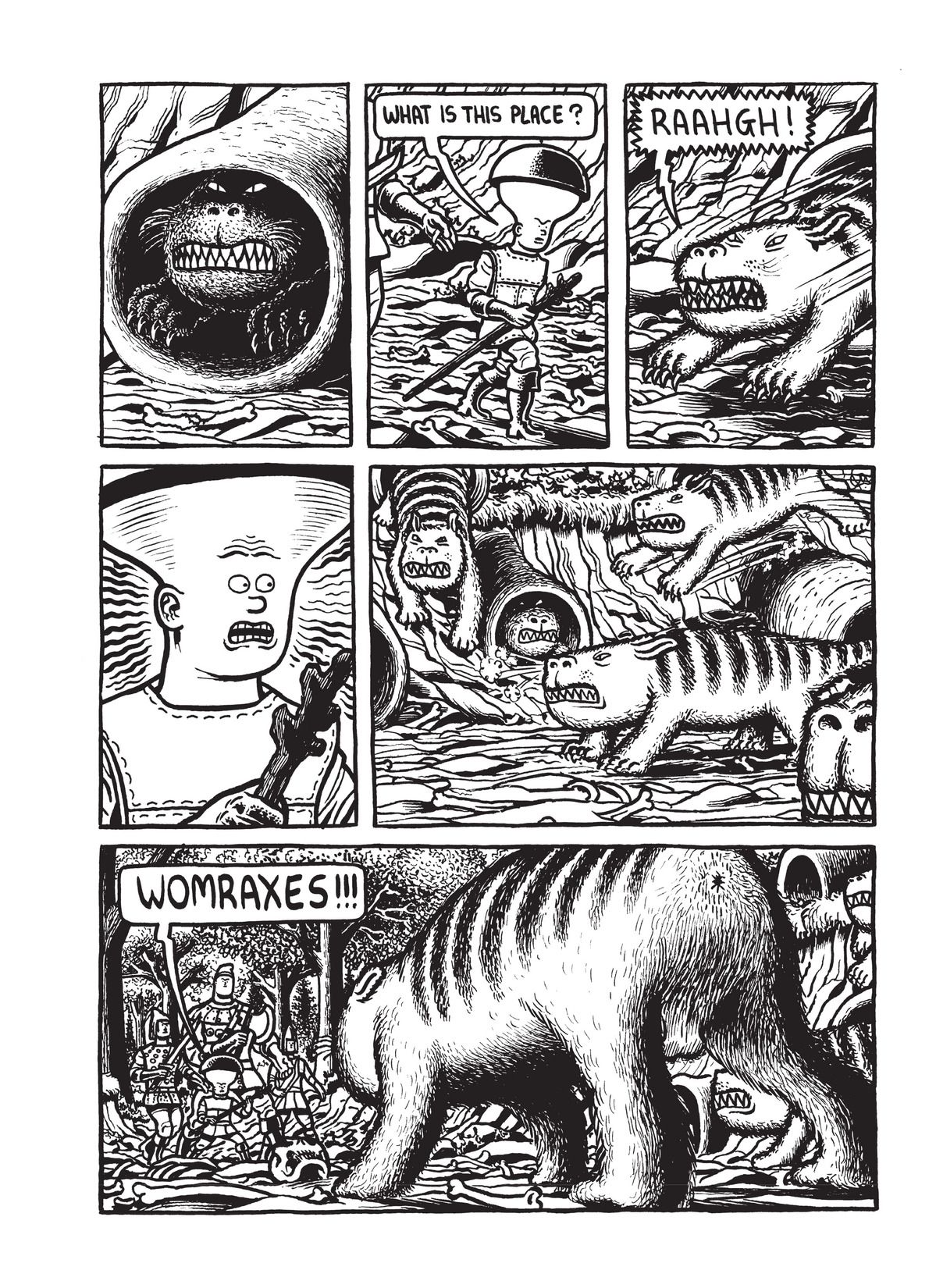 Having penetrated the murky gloom of the Fireburg Forest, the intrepid adventurers Millennium Boy, Steven, Nerdgirl and Lash Penis stand now in the pale limestone glow of the Temple of Bromedes in front of Bromedes himself, having returned a certain personal item. Here Bromedes teaches them more about Atlantean history before sending them out to find the remaining pieces of the legendary Atlantean Resonator Guitar (started in Book One) and give aid to his former student in a land war. The further our heroes travel the more dangerous this world becomes, but there are plenty of interesting allies and enemies to make with many opportunities to sample the local herbal produce.

Dungeon Quest is creator Joe Daly’s irreverent, bawdy and very clever parody of sword and sorcery sagas and slacker culture, woven through with some extremely astute observations and satire on his native South Africa’s culture and complex politics. Compared to its predecessors this is noticeably stouter, about double the thickness in fact. Daly adds more history to his Atlantean society, weaves a back-story for the series’ quest item, introduces some new characters and brings even more diversity to the already rich environment his characters inhabit. Religion and spirituality is both heavily explored and satirised, often close to being lacerated by the writer, but he balances it by spoofing stoner comedies, literary sagas, steampunk and Star Wars alongside. Daly is incredibly imaginative, especially when it comes to crafting his own version of Atlantean history, able to employ a deadpan humour in his tall tales, switching swiftly from puerile “high” prattling to deeply philosophical musings. The flip-side is that the dialogue can waffle on and is frequently interrupted mid-sentence, too many words for one speech bubble finished in an adjacent one. Some might find it progressive, but it makes an already strange story seem more disjointed than is necessary.

Fortunately Daly’s art has evolved once again, some surreal yet finely rendered action sequences and battle scenes on display here. Previously the artist hardly employed more than three to four frames per page yet in Book Three he often uses more frames to facilitate world building or flashback. The best pages often involve dreamscapes induced by marijuana, Steve’s quasi-religious experience absolutely superb. To quote Millennium Boy, “It’s primal back-brain sh*t, Steven”. Daly’s artwork can catch even real-life responses to situations wonderfully, but his very impressive attention to detail can also be distracting when he overstretches a walk along a forest path or spends a lot of time on those marijuana highs. A warning to readers: there is more nudity in this than both the previous books put together, simultaneously amazing and unsettling, and while it isn’t violent it is graphic.

There are enough plotlines in Book Three to fill further volumes of Dungeon Quest but fans will have to content themselves with a mini-book companion to the series titled SOH! in the meantime.