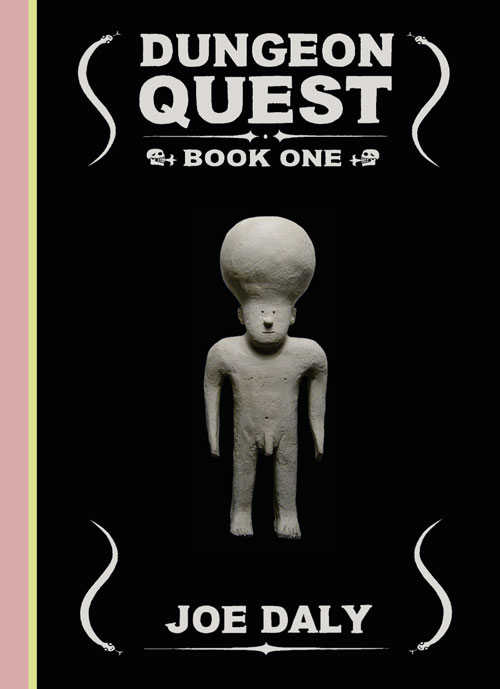 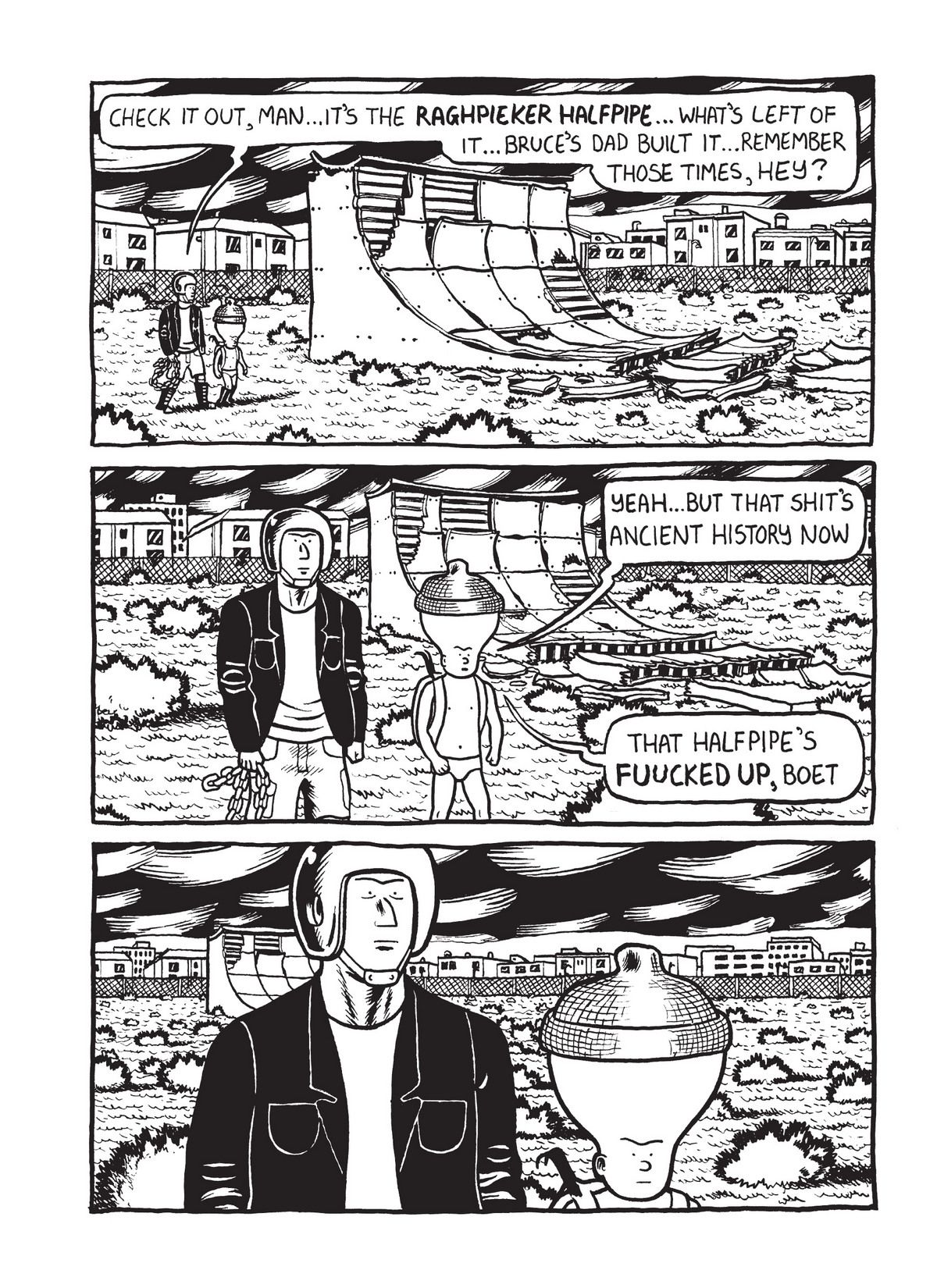 What would a game of Dungeons & Dragons™ be like if the Dungeon Master had to improvise for lack of resources, all the players brought a ton of weed, the real world was adapted into the adventure and everyone’s emotional baggage was unpacked on the table? Well, in Dungeon Quest creator Joe Daly certainly give us an idea right from the start:

Millennium Boy: “Okay Mom, I’m going on an adventure. I’ll see you later! If I get back alive!”

Mom: *imagine shrill South African accent* “What about your homework?!”

Dungeon Quest is South African raised Daly’s irreverent satire of geek culture, religion, purpose and anything else he can think of, presumably riffing off his own experiences in a culture that doesn’t always appreciate individuality. This is despite being a diverse nation itself and cleverly encapsulated in his questing quartet of eclectic and defunct personalities. Millennium Boy has an over-sized cranium and intellectual arrogance to match, already exasperated by life mundane. Departing on a quest to find purpose and adventure, he browbeats 30-something slacker Steve into joining him before recruiting the muscle-bound “jock –nerd- poet hybrid” Lash Penis and the silent archer Nerdgirl. Together they venture into the wilds around their home suburb of Glendale, discovering pieces of the legendary Atlantean Resonator Guitar and setting out to find the remaining components.

What’s both unusual about Dungeon Quest, and its simultaneous triumph, is the artwork that channels underground sensibilities. Daly is one heck of a cartoonist, infusing his characters with personalities both familiar and yet unique, the background becoming progressively more detailed. His confidence grows as the story progresses resulting in some fantastic illustration that captures drug-addled perceptions and facilitates the depicted violence to the point that it becomes almost unbearably visceral. He isn’t shy in portraying genitalia or male nudity and there are “winkys” galore, his eccentric plot pushing boundaries.  Even his impious, crass and oh so cleverly satirical narrative screams underground influences: F-bombs drop frequently and copious marijuana fuels discussions ranging from metaphysical philosophising to the puerile exchange of insults.

What isn’t immediately apparent to international readers is that Dungeon Quest is largely both homage to and satire of millennial South African culture as well as the obvious Sword and Sorcery tropes collected in every genre from video games to pulp novels. The Apartheid era endorsed a strong white Afrikaner agenda to the detriment of the majority, but quizzically post- Apartheid saw many different World cultures seep into and influence every aspect of the culture, particularly among Millennials, dictionaries altered to accommodate words now considered commonplace. Daly captures that nicely by using words like ‘nooit’ or ‘boet’, even amalgamating different regions of a large country to create Glendale (a real suburb, as are many place names) to show there is something worth seeing beyond the usual tourist locations of Cape Town and Sun City. It creates for some imaginative world building role-players will appreciate, but may isolate the casual reader with no grasp of the everyday lingo or the nation’s forthright and often macabre sense of humour. The Underground nature of the book makes it easy to accuse Daly of many things from sexism to racism, and the easily offended won’t have to look far to stoke up their righteous indignation.

While funny and a tonic to the homesick nomadic geeks of the Rainbow Nation far from home, this is a book you will either love for its zaniness, dislike for its crudeness or simply not comprehend. Daly’s artistic talent hits new heights in Dungeon Quest Book Two. 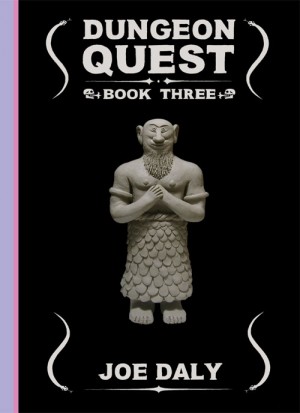