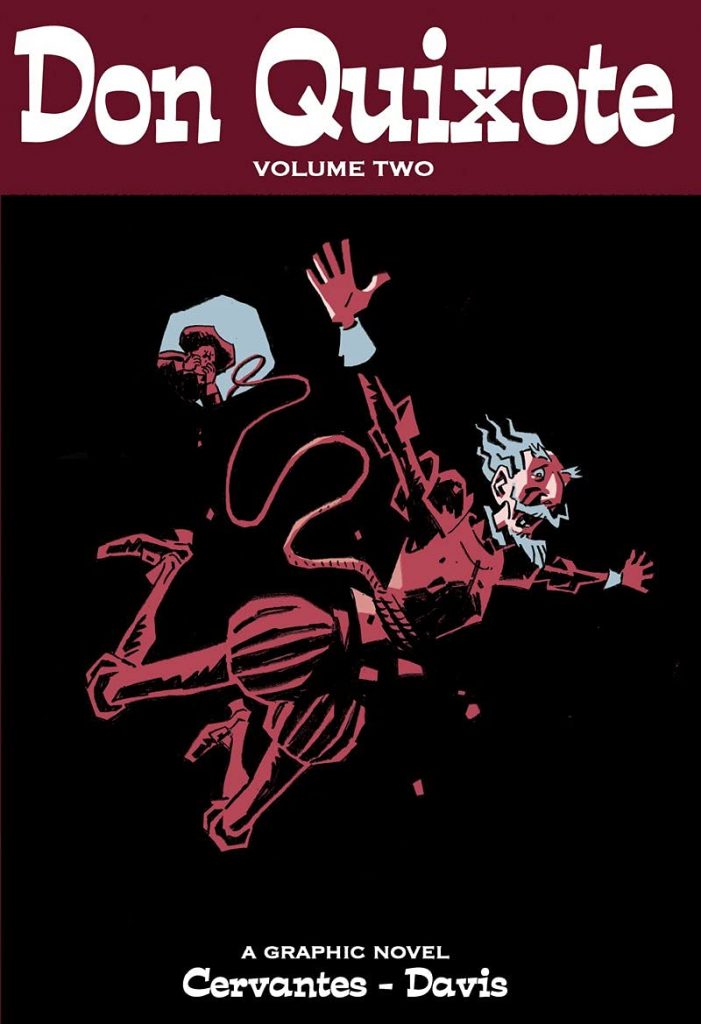 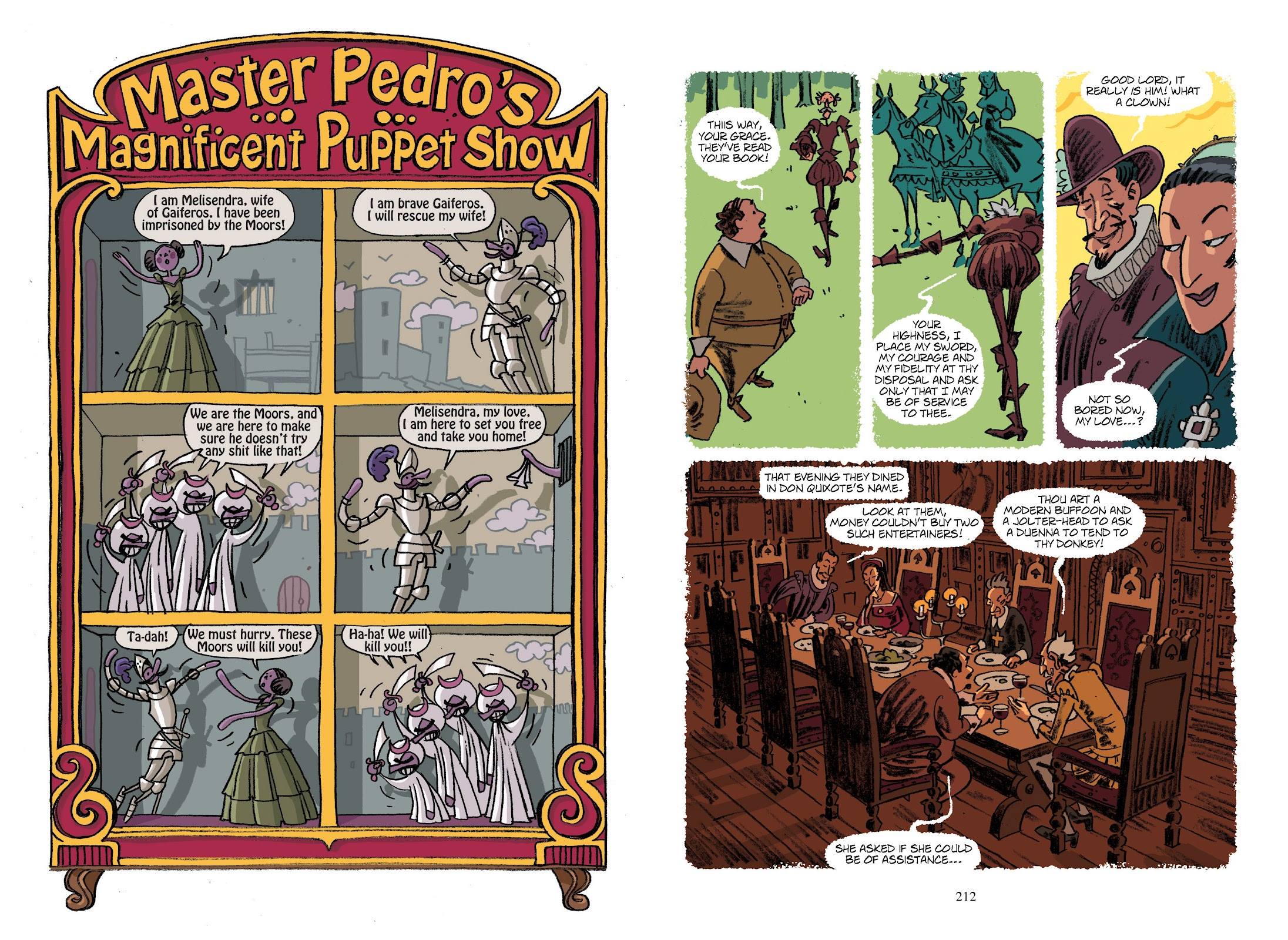 The second Don Quixote novel is considered by literary scholars to be when Miguel de Cervantes had more serious points to make, primarily about the capacity of humans to please themselves by ridiculing others. The end result, however, at least as adapted by Rob Davis is broadly similar to the knockabout mood of the first story. The theme of deception emerges when Don Quixote and Sancho Pancha meet a Duke and Duchess, whose tone is one of ridicule. Don Quixote takes them at face value, accepting their flattery concerning his earlier adventures as sincere, while Sancho, a little more worldly wise, is more knowing and complicit. The end result, though, is another selection of farcical adventures, but this time with Don Quixote deceived, rather than deceiving himself.

Having settled on a successful method for his adaptation, Davis makes few changes, the only major one being presenting a series of letters drawn as letters rather than having someone read the text. His cartooning is every bit as excellent as first time round, his slight modifications are in keeping, such as the modernised language, and he’ll again slip into different styles when illustrating tales told to Don Quixote.

There’s a meta-element to this second book, with de Cervantes having people familiar with Don Quixote’s personality and exploits because they’ve read the first compilation of his adventures, Volume One in Davis’ case. That’s the case for the Duke and Duchess, who contrive ever more intricate humiliations for their own amusement, involving the farm girl Dulcinea, until now unaware Don Quixote has transformed her into a Duchess and commits chivalrous deeds in her name.

As before, Davis combines great art with a credible adaptation, transferring all the adventures, laughs and social commentary de Cervantes intended, although is limited a little by de Cervantes largely presenting more of the same. His is by a vast chasm the best version of Don Quixote in comics, the only others extremely brief and unsympathetically abridged, but it’s also a great graphic novel, readable, coherent and funny without knowing anything about the source. It’s more easily found combined with Volume One as The Complete Don Quixote.