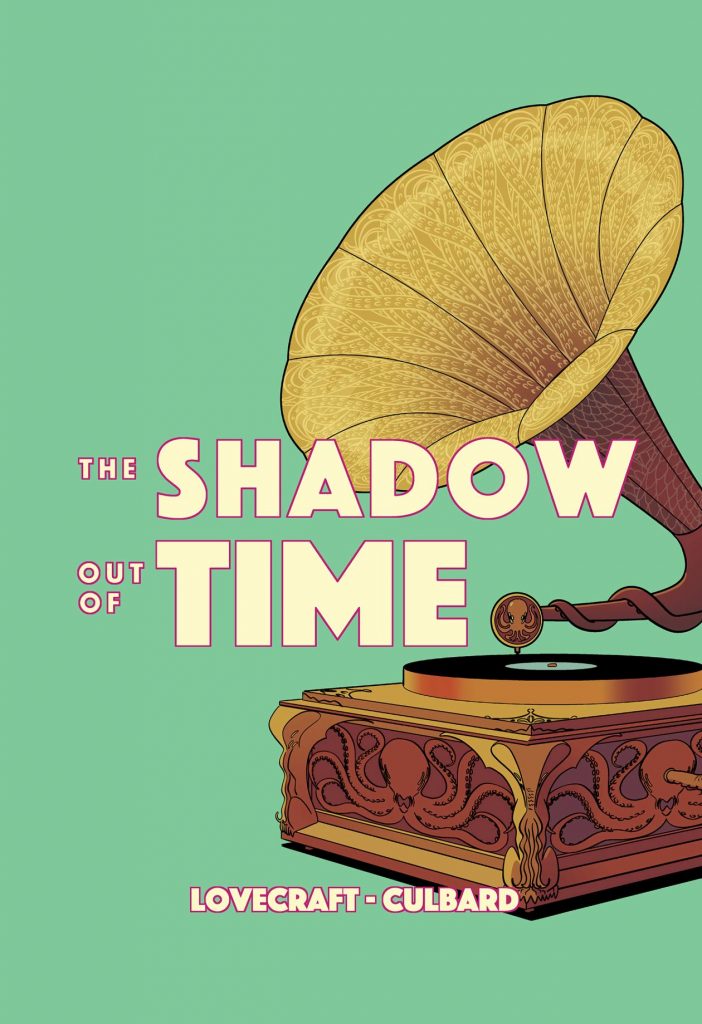 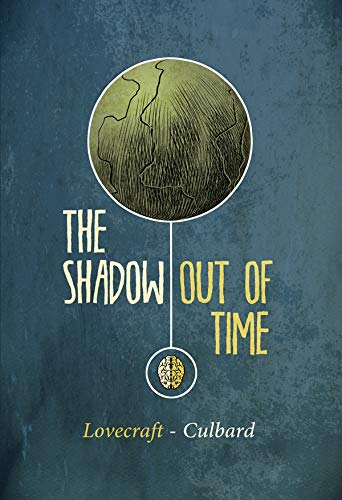 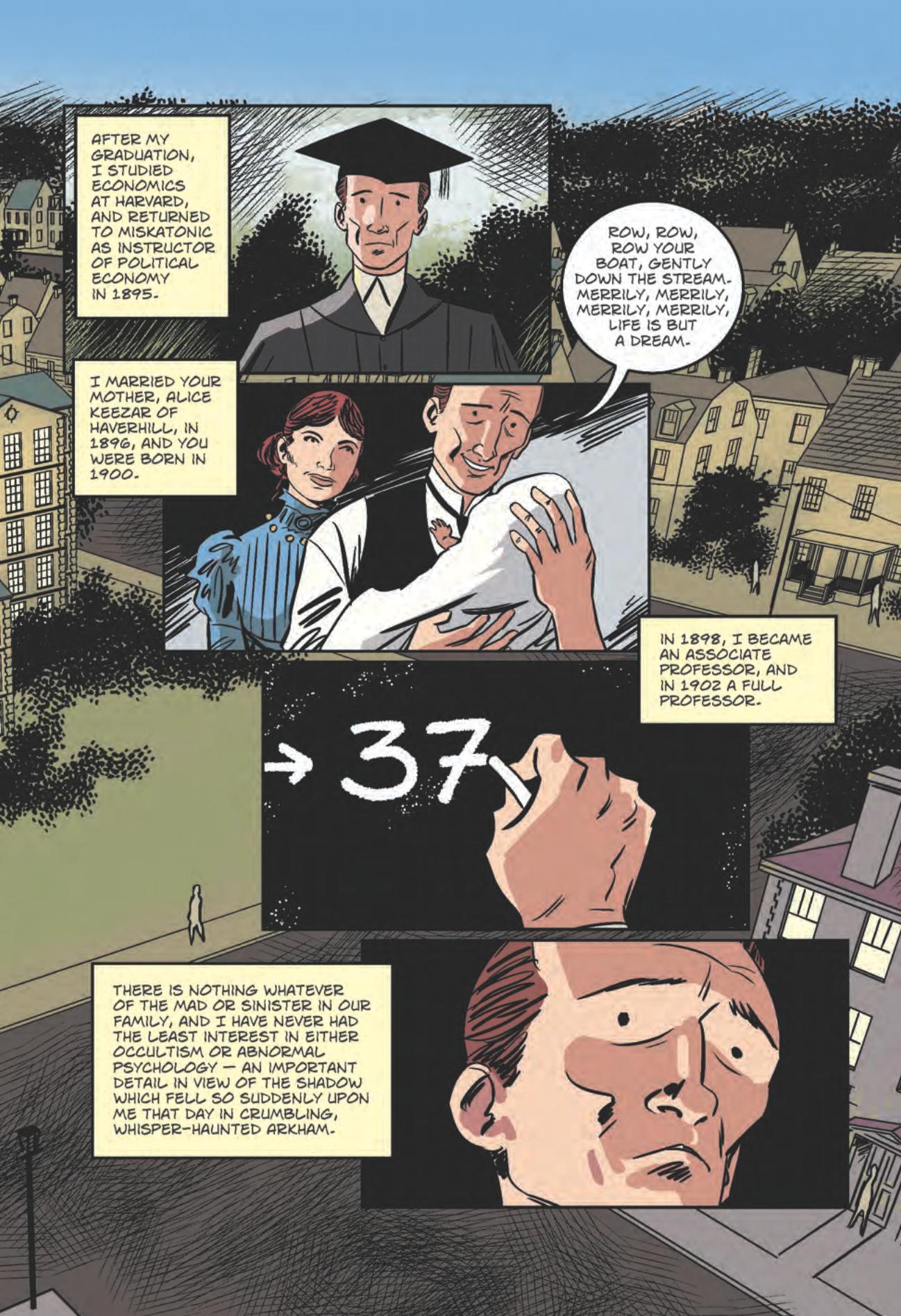 The Shadow Out of Time has been re-released in a pocket format after originally being issued at a larger size, and with a new design tying it in with other H. P. Lovercraft adaptations by I. N. J. Culbard. It’s all very welcome, as this is a great Lovercraft story and a great adaptation from Culbard. The often exotic subject matter allows him greater artistic freedom than on other Lovecraft works and he uses it superbly in the realisation of both suburban collegiate New England and the esoteric unknown.

The plot has the great hook of college professor Nathanial Peaslee collapsing after contact with a geometric shape only he can see. Five years later he awakens to learn he’s lived a separate life, achieving much, although he has no memory of this. Strangely for a man who shunned and feared doctors, Lovecraft’s stories frequently feature them as respected presences, and it’s to his doctor that Peaslee confides his persistent dreaming of things that cannot or should not be. In essence the premise is similar to The Case of Charles Dexter Ward, a story discarded by Lovecraft, and also adapted by Culbard.

What Peaslee describes spans time and space, the themes as much in common with science fiction as with Lovecraft’s usual foreboding horror, and requiring Culbard to build world after world. There’s a more explicit alien presence than in other stories, and Culbard’s faithfulness to Lovecraft’s intention is seen in his design for the aliens, resembling non-humanoid creatures from the luridly painted 1930s pulp magazine covers, those in which Lovecraft was published. Unlike those magazines, though, there’s intelligent purpose behind the aliens, and what rolls out is an amazing documentation of possibility. The final stages are beautifully adapted by Culbard, leisurely to begin with to increase the suspense, then a headlong rush to a form of truth.

Like so much of Lovecraft’s writing, The Shadow Out of Time has been immensely influential, and that influence in turn has diluted the originality. However, it’s still magnificently imaginative, ties together with other Lovecraft fiction, and because Peaslee is such a sympathetic character there’s a stronger pull than some of Lovercraft’s other material. If, like introduction writer Jeff Lemire, you’ve always fancied a pop at Lovecraft, it’s a story featuring all his strengths, so ideal for beginners, and Culbard’s adaptation is first rate. 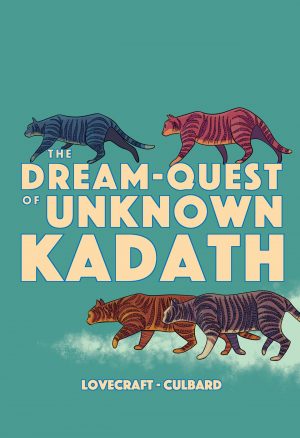 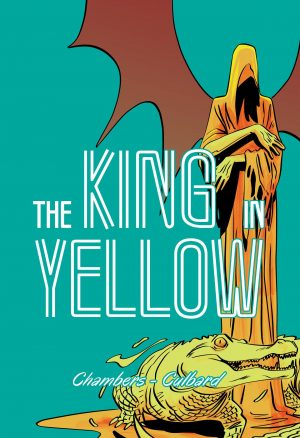