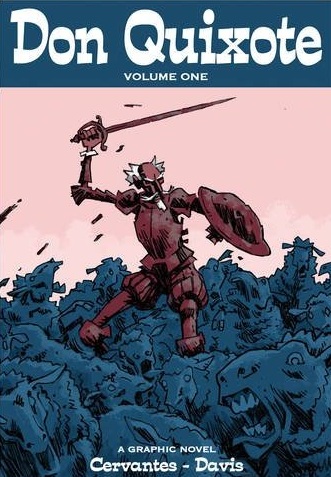 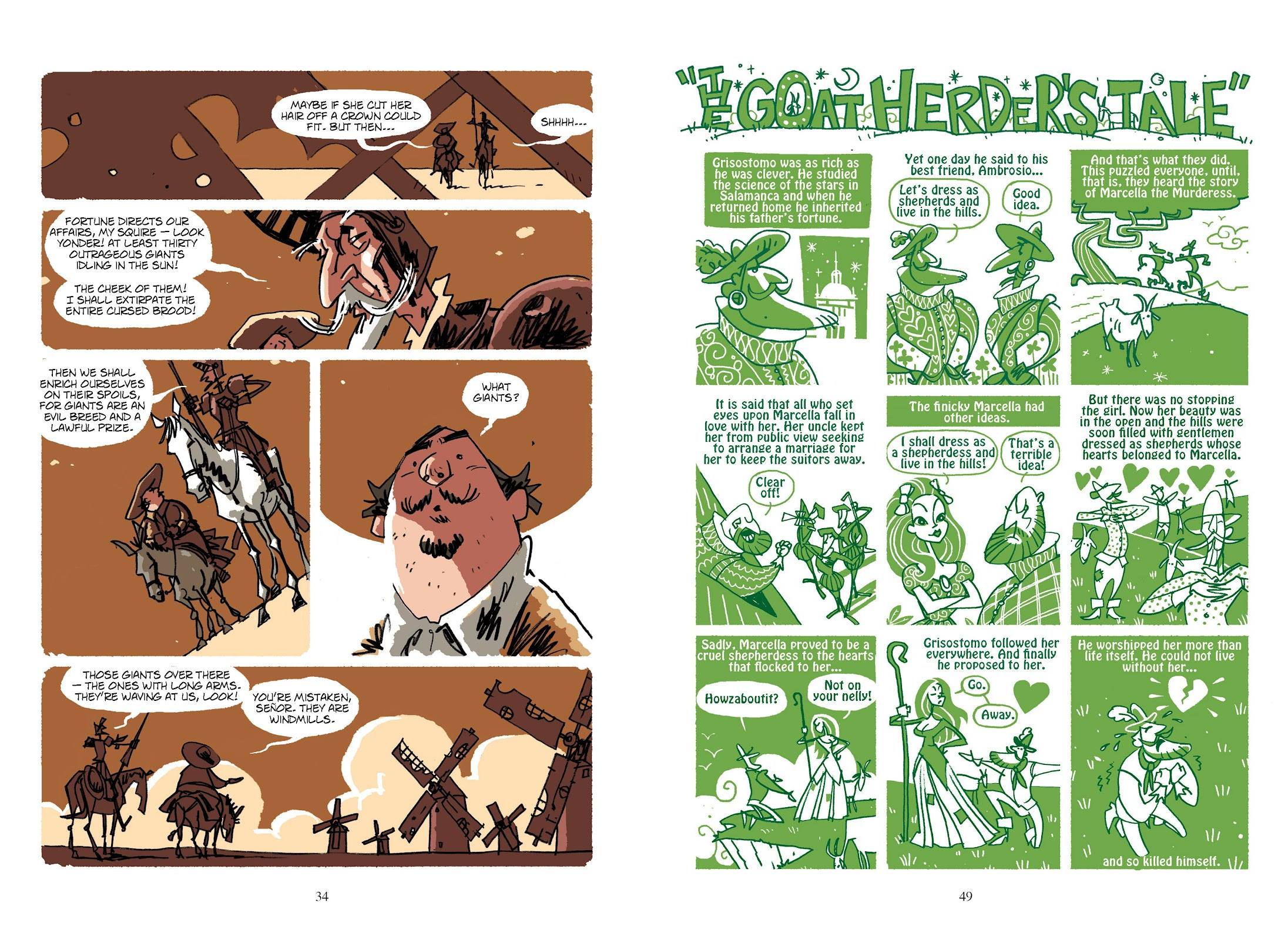 Although Don Quixote’s adventures have been published in a complete form for centuries now, the version that’s been passed down actually combines two books as originally published by Miguel de Cervantes. The two parts are convenient for Rob Davis as an adaptor, both as a break from what’s by any standards a monumental undertaking, and to test whether his vision will pay enough for him to devote the effort to Volume Two. It did, and the pair of graphic novels were in their turn replaced by The Complete Don Quixote.

Literary experts will often consider de Cervantes as the father of the modern novel, but there’s a reluctance to actually define Don Quixote’s adventures as a novel. Let’s see: he’s a fictional creation appearing in adventures easily broken down into chapters, and there’s a definite beginning, middle and end, although in keeping with the satirical tones, wild veers off piste occur. These stories within a story are neatly incorporated by Davis deviating from the cartoon exaggerations used for the majority of pages, showcasing an artistic versatility.

Despite Don Quixote being such a known name and a novel in print for four hundred years, it’s not a novel everyone has read. The episodic nature, flowery language and long sentences are off-putting, so why not let Davis take the load and just bask in his shadow? He’s very, very good.

Imagine a better-natured Basil Fawlty accompanied by a fatter Bradley Walsh and you have Don Quixote and Sancho Panza. A tall, thin elderly gentleman who’s read too many books about knights and chivalry comes to believe himself a knight, dubs himself Don Quixote and sets off to prove himself to the world by his deeds. His horse and armour are shabby, the farm girl he perceives as a Duchess is rustic and plain, and his neighbour Sancho Panza becomes his companion and squire, content to follow a man he realises is at the very least eccentric. Despite numerous beatings for interference, and being treated as a comedic character, Don Quixote continues his imaginary quest, misinterpreting one thing for another. The most famous example of him attacking windmills believing them to be giants occurs early.

Davis maintains the lunacy, but his adaptation also incorporates the serious points de Cervantes makes, the right sample page beginning the story of Maricella, who considers her beauty a nuisance, in a very modern way attracting the wrong kind of attention. Transferring the story to comics allows Davis not just to bring out the farce via exaggeration, but also to better bring out jokes, affording some punchlines that were buried in the novel. The episodic nature also enables him to break down the adaptation into chapters, although these differ from the original breakdowns. It’s because Don Quixote is a long story, and Davis is able to show some events concisely in a couple of panels, rather than relying on a long description.

This is a very credible interpretation of a classic, and well worth the time of anyone whether or not they’ve read the novel. 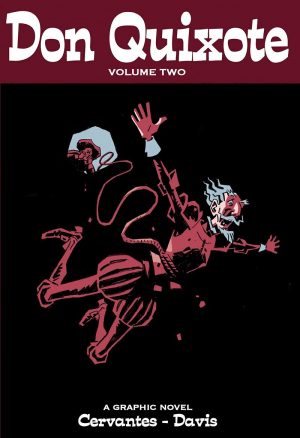