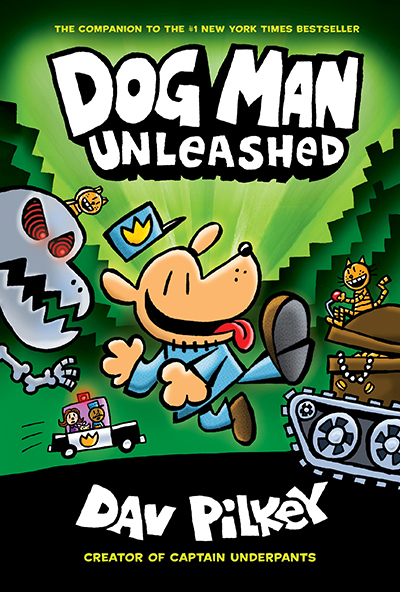 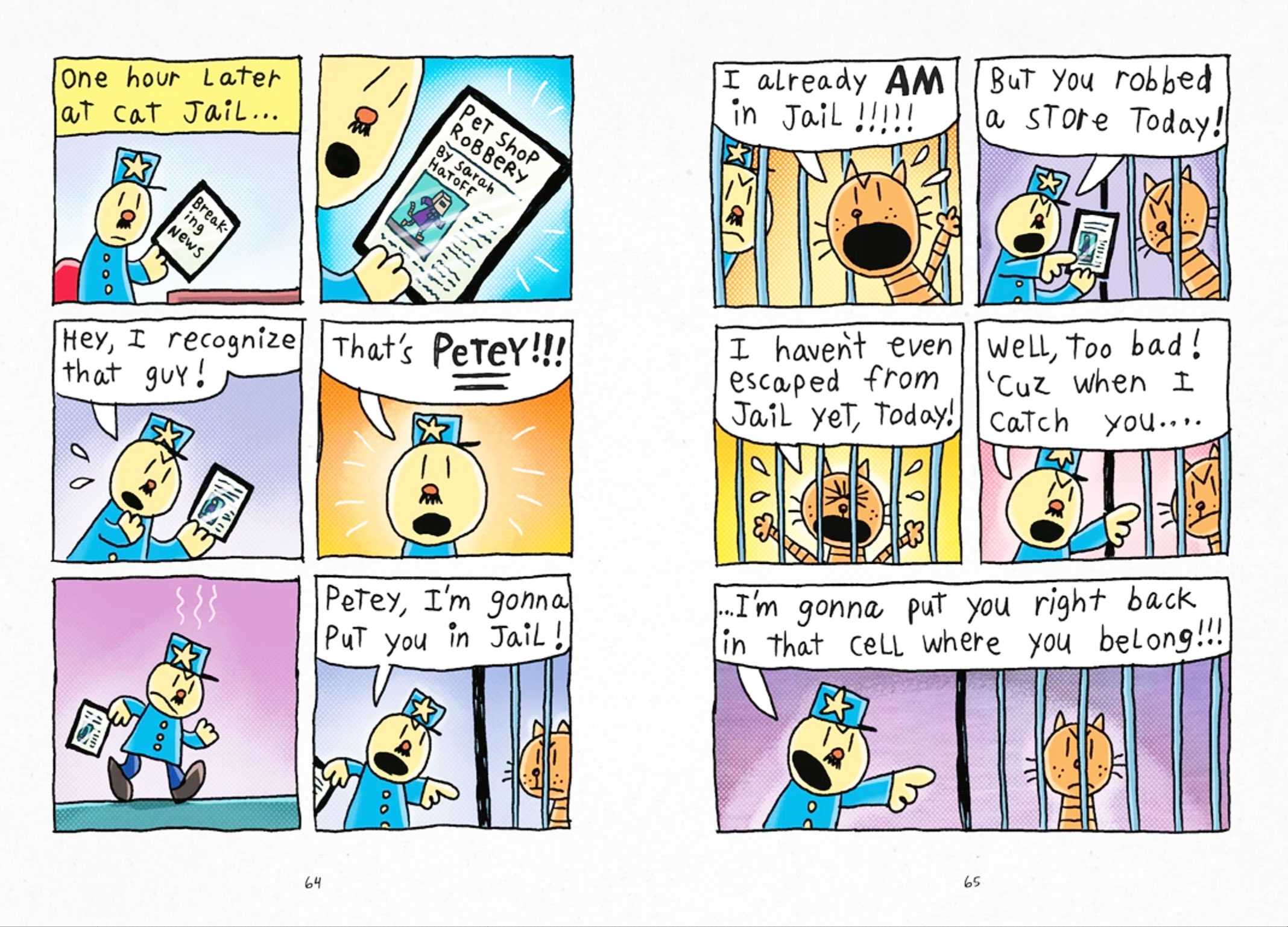 The second book in the Dog Man series continues the adventures of the crimefighter with the head of a dog and the body of a human, giving him “the advantages of both man and dog…” which make him “an awesome cop but a bad doggy!” with his tendencies to slobber on people, obsess over balls and roll around in dead fish when he isn’t nabbing bad guys.

Dog Man Unleashed is introduced as before by the two boys George and Harold. They created him in their Captain Underpants book, and now they break the fourth wall by talking directly to readers to set up the premise of these stories. They are written and drawn to look like they are made by children, with wonky panels, shaky and basic drawings, and lots of mis-spelled and crossed-out words.

This time around Petey the evil cat breaks out of Cat Jail by distracting the guard with a flat version of himself cut out of paper and coloured to look exactly like him. However his squashed duplicate is too convincing. A medical team rush the cut-out away and try to breathe life into this Flat Petey. With help from an unlikely source, their efforts succeed. Flat Petey is just as villainous as the original, and now there are two Peteys for Dog Man to deal with. As if this wasn’t enough trouble for one book, a mysterious villain is robbing pet shops all over the city. But why is he only stealing the treasure chests from fish tanks?

Dav Pilkey has a fabulous grasp of child logic, spinning plots that are ridiculous but absolutely cogent in the way they start off small and develop into nonsensical and hilarious problems. It’s a skill that makes the Dog Man series a runaway juggernaut with over 26 million copies currently in print, including 35 foreign language editions. Among the array of related material there is even Dog Man: The Musical, a theatrical adaptation! These books work incredibly well for children who are starting to read independently, with their emphasis on creativity and invention. Dav Pilkey’s interest in making children excited about reading and creating stories of their own is expressed more directly in the Dog Man spin-off Cat Kid Comic Club.