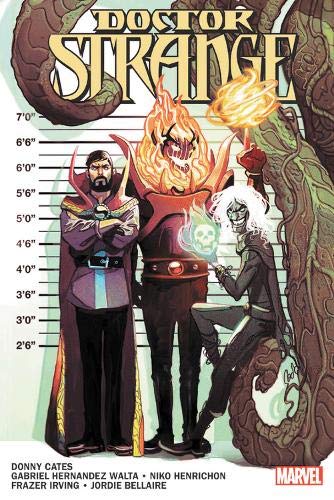 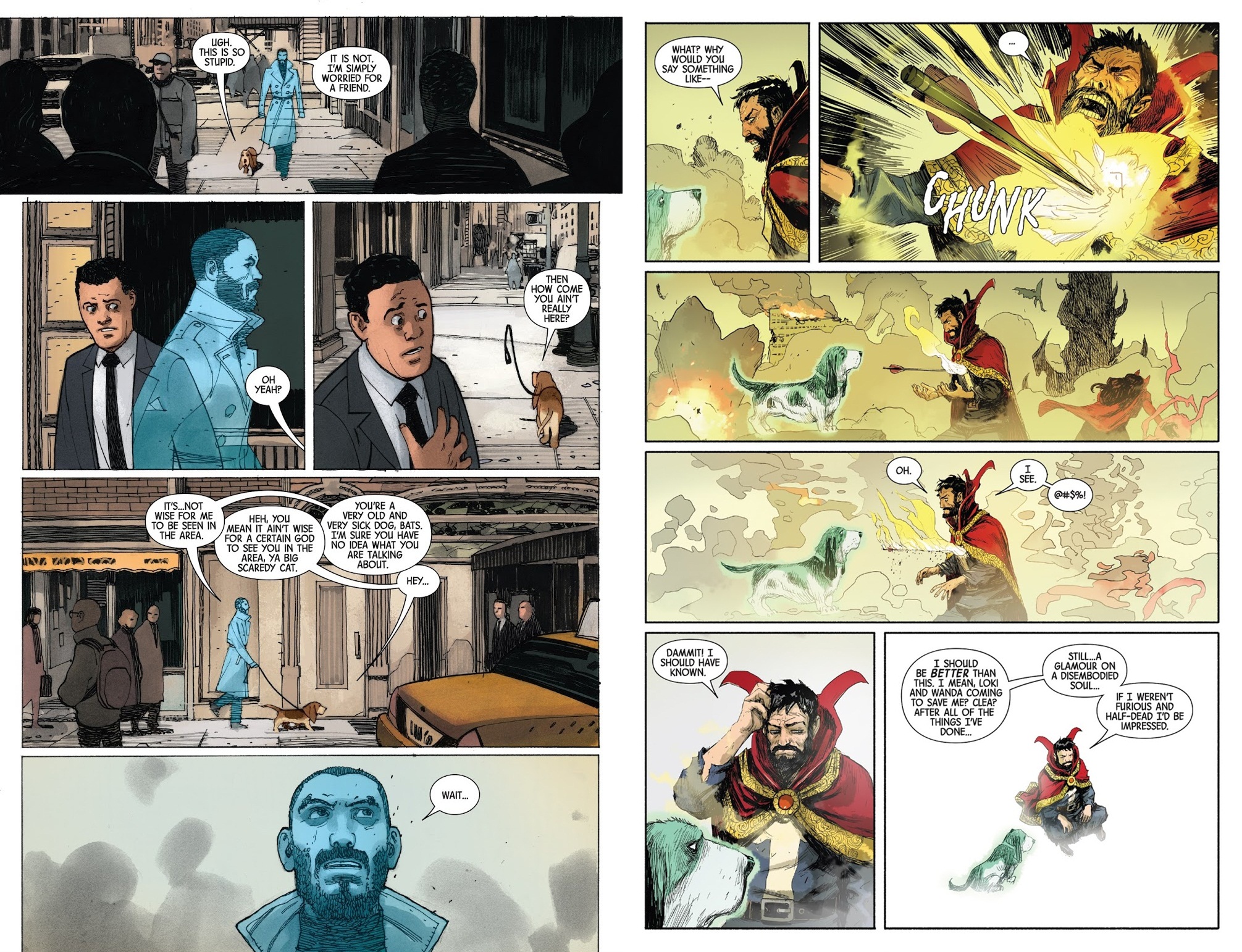 Donny Cates picked up a poisoned chalice taking on Doctor Strange after Jason Aaron and Chris Bachalo produced a run that rates among the best in the series’ almost sixty year history. However, far from being intimidated, his opening statement continues the wonder and if the following content fell a little short of that peak, it never stopped entertaining.

Cates’ work was previously collected in paperback as God of Magic, City of Sin and Damnation, and longer reviews of the individual segments can be found by following the links. Cates begins with Asgardian God of Mischief Loki as a Sorceror Supreme other magic practitioners can’t take seriously. There’s humour along with the neat dramatic idea of Loki, unusually, feeling he has to prove himself, and while we first meet a seemingly indifferent Doctor Strange unable to access much magic, Cates introduces the heroic compulsion. By the end of a great first arc Strange is again the Sorceror Supreme, and has a neat companion in a storyline defined by the appealingly wonky art of Gabriel Hernandez Walta.

After that opening sequence, the remainder of the collection concerns itself with the Damnation storyline, which is good, but flawed. With magic restored Doctor Strange confidently retrieves Las Vegas from Hell, but along with it comes Mephisto, manipulator in chief, having discovered that the Las Vegas environment is ideal to induce people to gamble their souls away. Once the soul is acquired, people become demons under Mephisto’s control. He’s harvesting souls like never before, so how will he be persuaded to leave? That’s actually rather clever as plotted by Cates and Nick Spencer, but a long time in coming. There a couple of plot flaws down to Cates taking shortcuts, and what Doctor Strange experiences personally has to be extended beyond credibility in order for the rest of the story to catch up. That’s led by long-serving companion Wong, with whom Strange has fallen out, yet who nevertheless gathers a bunch of heroes to Las Vegas in order to put things right. For the most part it’s decent supernatural/superhero action, but suffers from the stories of individual participants swerving off into their own titles (Scarlet Spider, Iron Fist).

In terms of quality at least, the art is far more consistent, although in different styles, and it’s irritating that Niko Henrichon draws Mephisto in his classic incarnation while everyone else works with the more contemporary look. Otherwise, his more impressionistic art is nicely devised even when set against Rod Reis and Szymon Kudranski’s chapters being as naturalistic as they come.

Cates signs off with a mis-step, the one time his talent for light comedy oversteps its welcome. What’s needed for the final chapter is heartfelt closure with some apologies thrown in, sincerity rather than sitcom, and this finale is two-thirds self-indulgence, although nicely drawn by Frazer Irving.

The sumptuous art just about tips the balance in favour of buying Cates’ run in hardcover rather than paperback, the oversize presentation displaying the quality better, but although flawed, there’s far more to be admired about the writing than not.