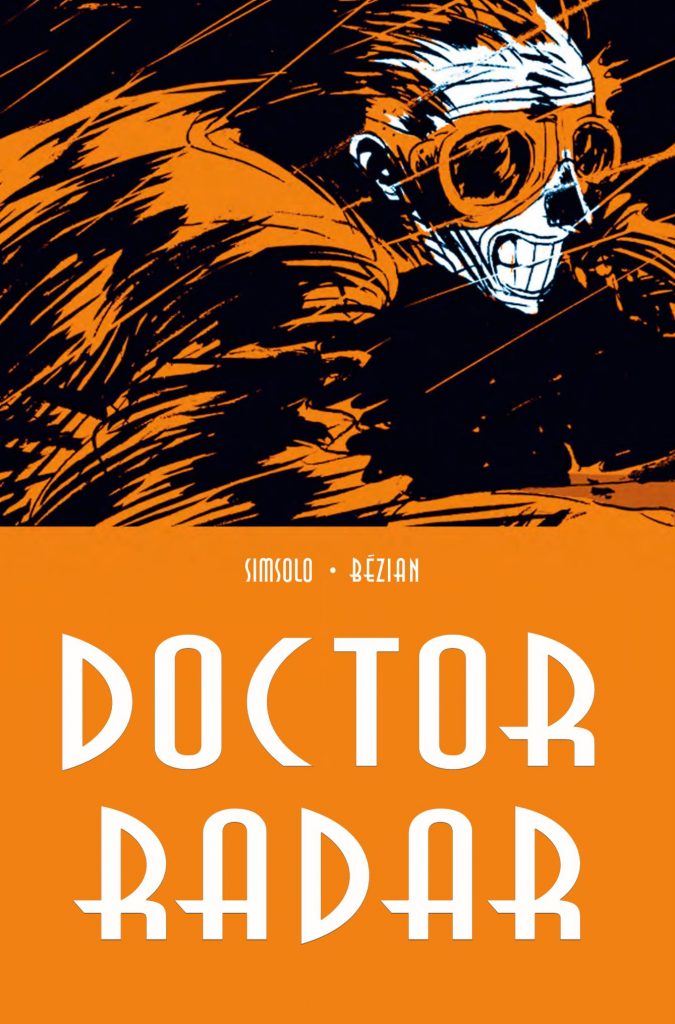 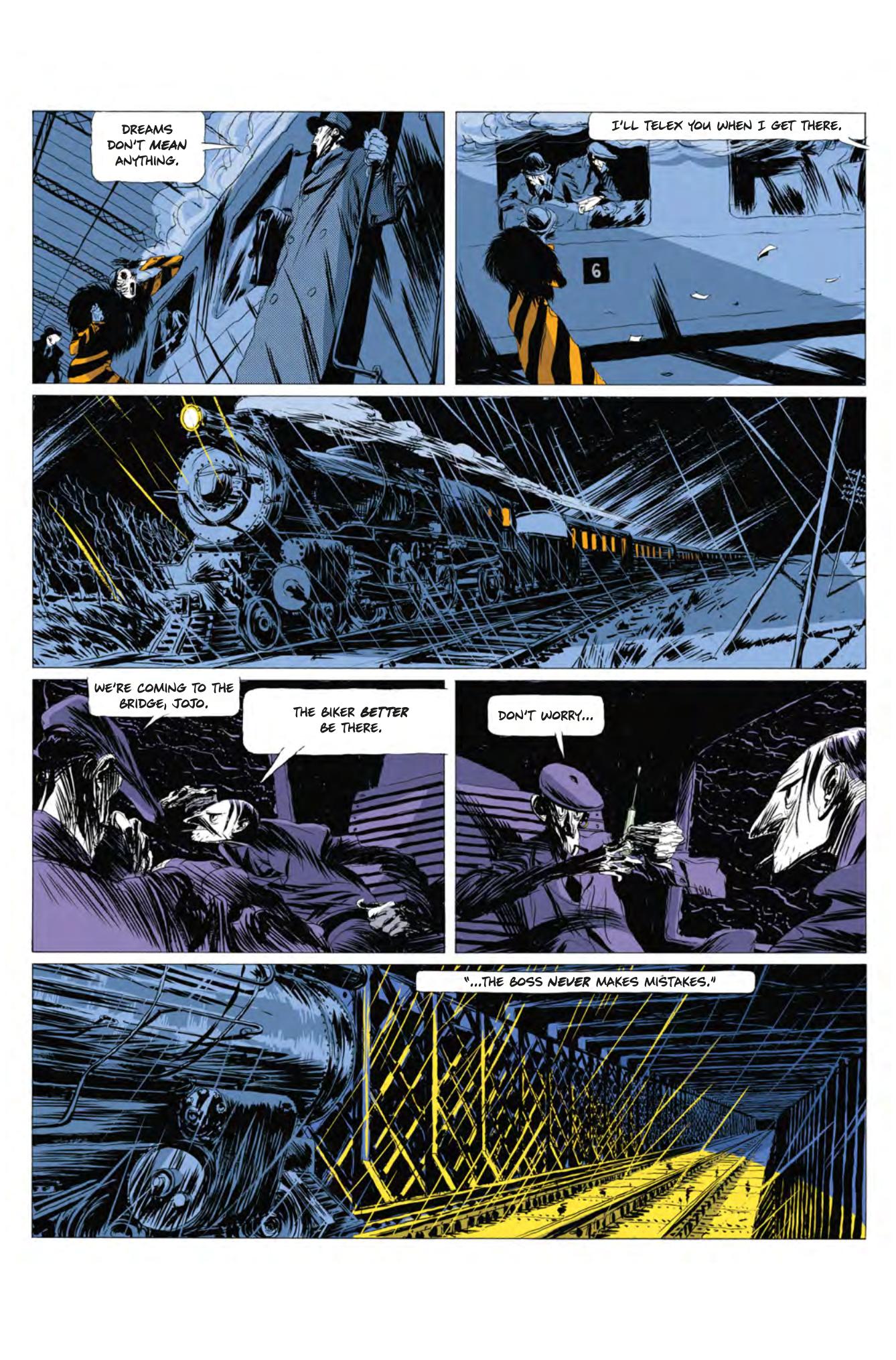 Ferdinand Strauss uses his vast fortune in 1920 to finance his interest in investigation, and sees a connection between the strange deaths of three research scientists in three different countries. His enquiries lead to a mysterious Doctor Radar. Accompanied by his friend Pascin, a painter with a somewhat dissolute lifestyle and the lowlife contacts that supplies, he investigates further.

In one sense Noël Simsolo’s plot is drawing on the rich heritage of French detective fiction written in the first decades of the 20th century. Strauss dashes from clue to clue as Simsolo toys interestingly with the idea that every generation considers themselves at the forefront of modernity. Otherwise there’s a cultivated pulp mood. Doctor Radar himself has an ambitious purpose, but is also arch, enjoys rubbing salt in the wounds of those he’s fooled, and commits his killings via exotica such as scorpions and snakes.

Frederic Bezian has looked closely at Christophe Blain’s work, and has a similar looseness to his figures, their characters instilled not via their blurred facial expressions, but by their movement. He instils a fantastic frenetic motion via his choice of panel viewpoints, having characters running toward the reader out of a panel, or picturing what’s happening from above, accentuating the effect via poses, smudgy shadows, and curving buildings and backgrounds. The addition of very limited flat and muted colour adds a purposeful atmosphere

Because Simsolo is presenting his story almost as homage, but with a knowing wink to the audience, there’s a freshness about the work, and the nearest touchstone among American creators would be Paul Pope, who plays with a similar set of influences. Online interviews with Simsolo reveal he created Doctor Radar as a series of radio dramas in 1989, and the impetus to adapt them came from the chance to work with Bezian again. A second album was published in France in 2018, but this stands alone and is great fun.