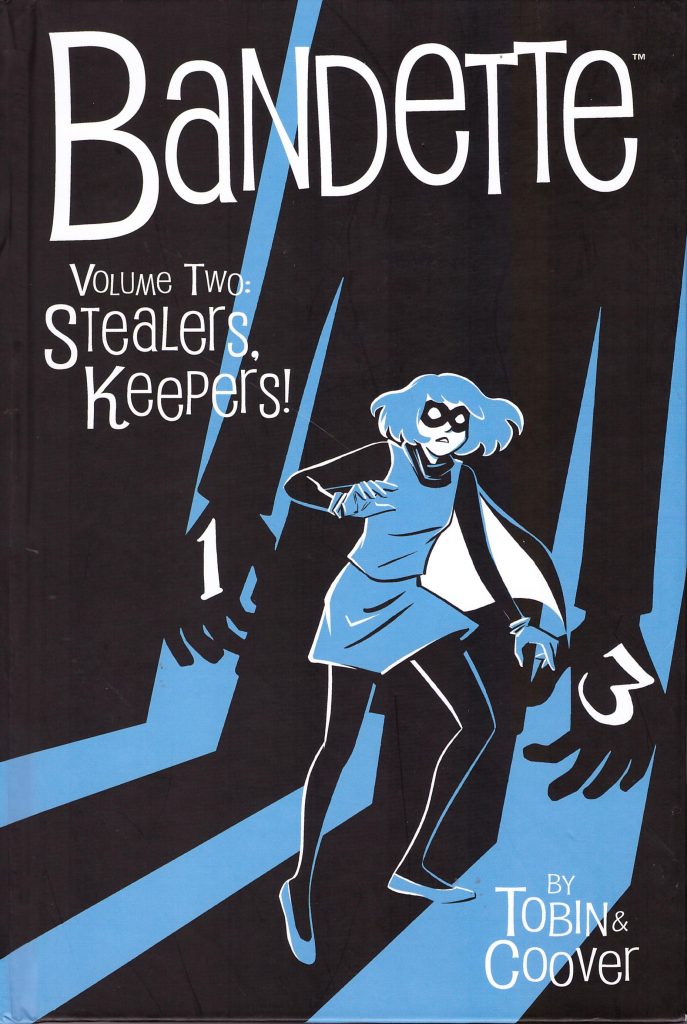 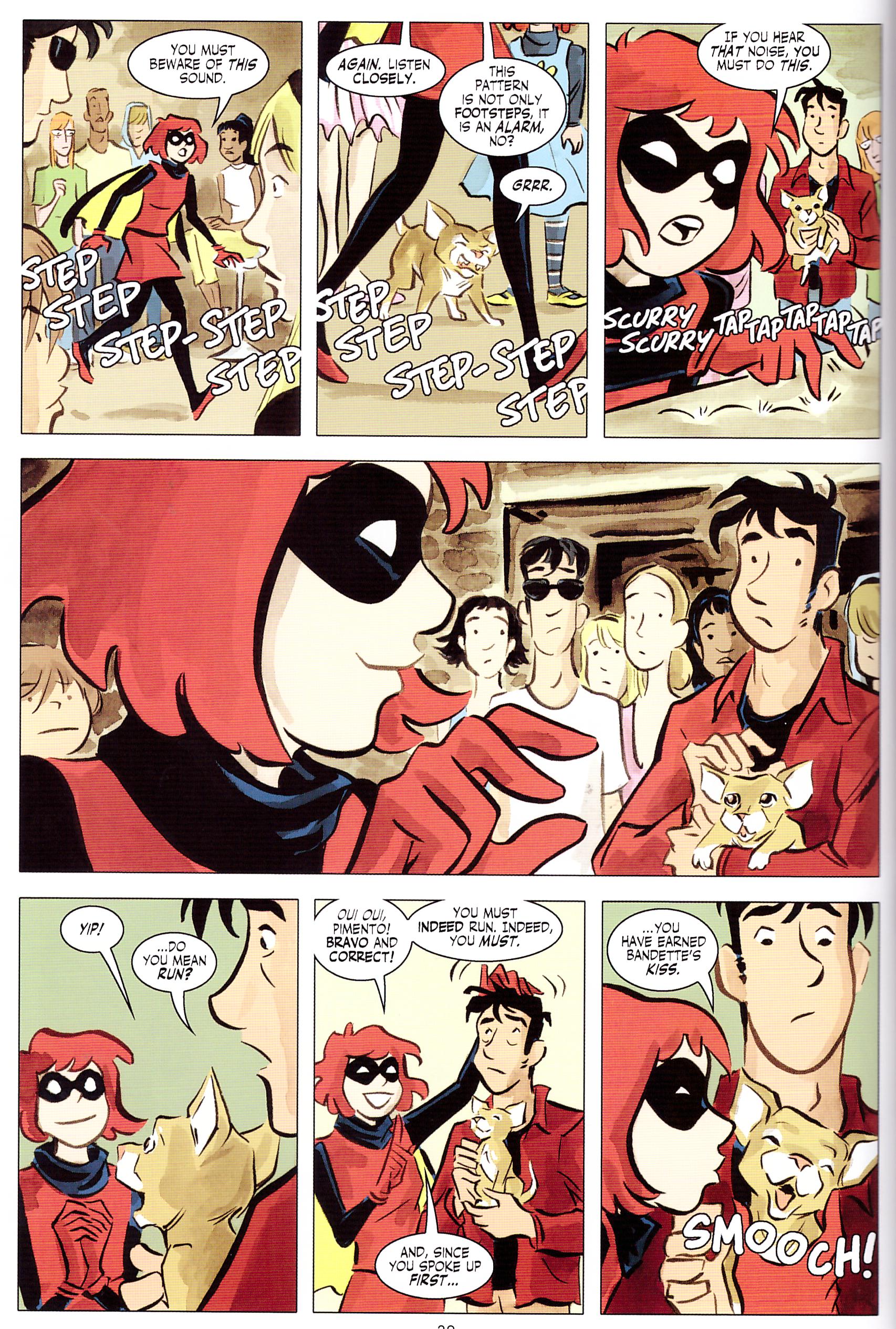 Presto! displayed such joie de vivre, élan and je ne sais quoi that it might be presumed a difficult act to follow, but Stealers Keepers matches it all the way. It retains the light hearted spirit and joyous style, and creators Paul Tobin and Colleen Coover have upped the threat level by featuring more formidable foes.

Chief among these is Il Tredici, an assassin who strangles his victims and has the numbers 1 and 3 tattooed on his hands, providing his alias (thirteen in Italian). He’s wonderfully pre-empted via Bandette warning her helpers to avoid him at all costs via imitating the distinctive sound of his footsteps. The charming French thief is continuing her campaign to steal priceless artefacts from criminal organisation Finis and its arrogant leader Absinthe, and still has to avoid the attentions of crusty old police detective Belgique.

Bandette exemplifies the dream we all have to be able to live without ties and responsibilities, taking what we want because we like it and being beholden to nothing but our own inner voice. We’d all love to place a pig on someone’s head, and Bandette gets to do it. She’s a wonderful character, never ill at ease or at a loss, and always a step ahead of the game. Toward the end of Stealers Keepers there are several revelations, and some are jaw-droppingly audacious, yet completely credible in context.

Coover’s illustration is wonderfully kinetic, interpreting Paul Tobin’s wild script by having Bandette almost perpetually in motion, dancing away from blades, stranglers and guns. The films of Audrey Hepburn and Cary Crant are an acknowledged inspiration, and the manner in which Bandette charms is visually presented to perfection. Looking at Bandette the realisation strikes how rarely people in comics smile, yet that’s her default setting.

As previously, a third of this nicely produced hardcover graphic novel is bonus material. There’s another prose story from Tobin, this time giving some background as to the role played by a woman called Margot in the comics section, and an explanation of the items Bandette steals. Tobin provides three pages of original script, and short paragraphs by Coover accompany her character inspirations complete with some great portraits. There’s another helping of ‘Urchin Stories’, two or three pages at a time featuring a supporting character and letting other artists into Bandette’s world. They also occasionally mess with the tone of the main strip, with an Absinthe tale illustrated in Ron Randall’s more formal style very chilling. Yes, these secondary features cover a lot of pages, but at a list price of $14.99 no-one can feel short-changed. As promised on the final story page, Bandette returns in The House of the Green Mask.