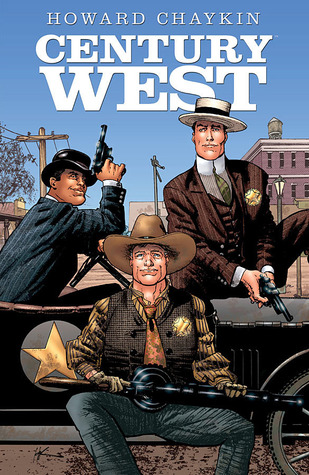 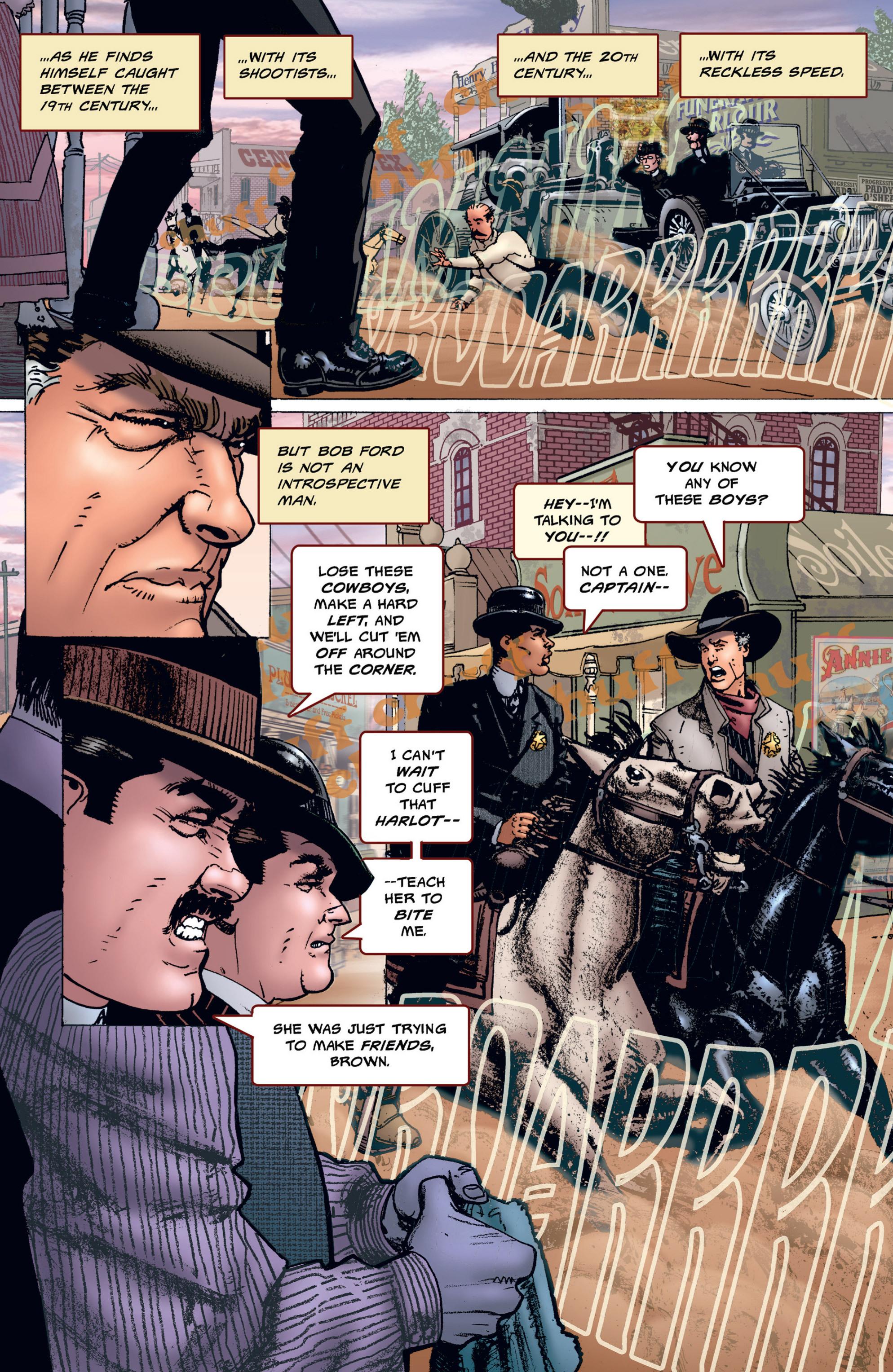 Robert Ford has several trials in his life. He’s the ranger charged with maintaining law in Century, Texas, where the inevitable march of progress is killing the old ways in the early years of the 20th century, and he’s constantly being called out by young bucks wanting to make a name for themselves in the mistaken belief he’s the Robert Ford who killed Jesse James. Then there’s the Ku Klux Klan bigwig paying the town a visit, as is a film crew, who’re being tracked by an aggressively racist Pinkerton agent, and never mind that both his deputies are also wanted men.

A sardonic Sheriff keeping order with unorthodox methods is hardly new territory for Howard Chaykin, but he knows his way around an interesting story, and involves a broad ensemble cast in clever sitcom style plots, each occupying a dozen pages, but with connecting threads. Other themes that Chaykin’s employed throughout his career surface again here. There’s the fascination with old technology (very early cars, bi-planes and movie crews), the glamorisation of prostitution, and the idea of reinvention. On a technical level there are the clever segues between scenes linked by dialogue, the distinctive lettering of Ken Bruzenak incorporated into the art, and an authorial demand that attention is paid for the maximum payback. Artistically, Chaykin’s digitally created backgrounds all too often look as if they’re shopped in rather than meshing smoothly with the foreground figures, but those figures are wonderfully rendered with time and attention paid to period detail for clothing and accessories.

There’s an interesting contradiction between what’s in some ways a wistful desire for simpler times and Chaykin’s deliberate provocation, which age certainly hasn’t diminished. Century West is littered with derogatory terminology from offensive characters, even if it is commented on in story, and it’s unsettling in PC times.

Century West isn’t Chaykin at his best, but neither is it Chaykin coasting. Anyone who enjoys his work and views isn’t going to find much wrong with it.