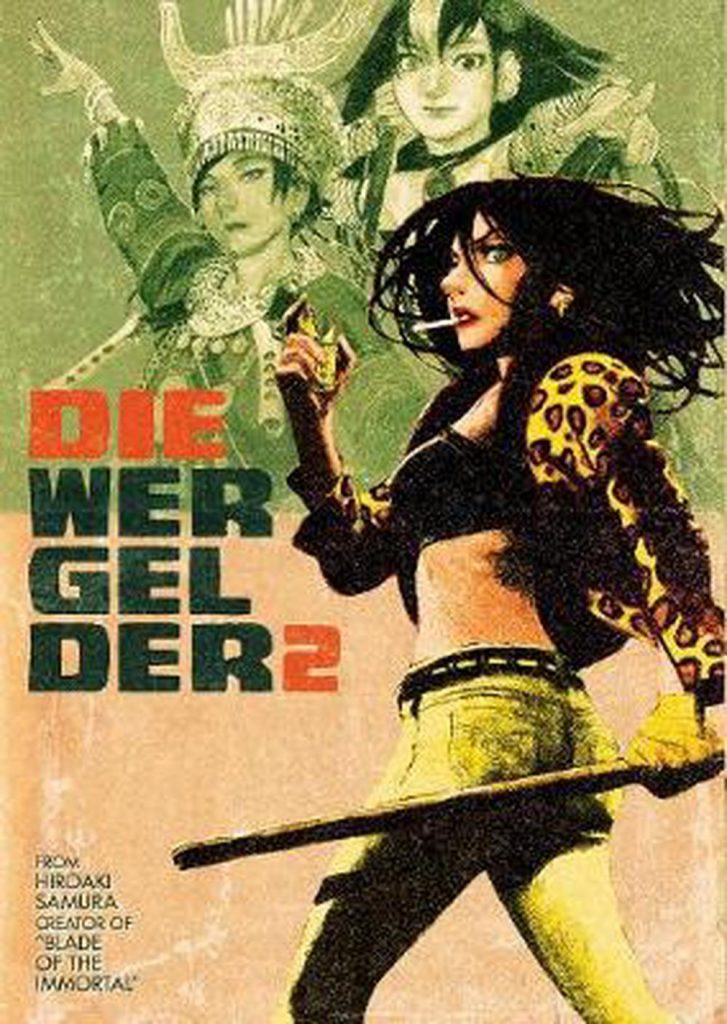 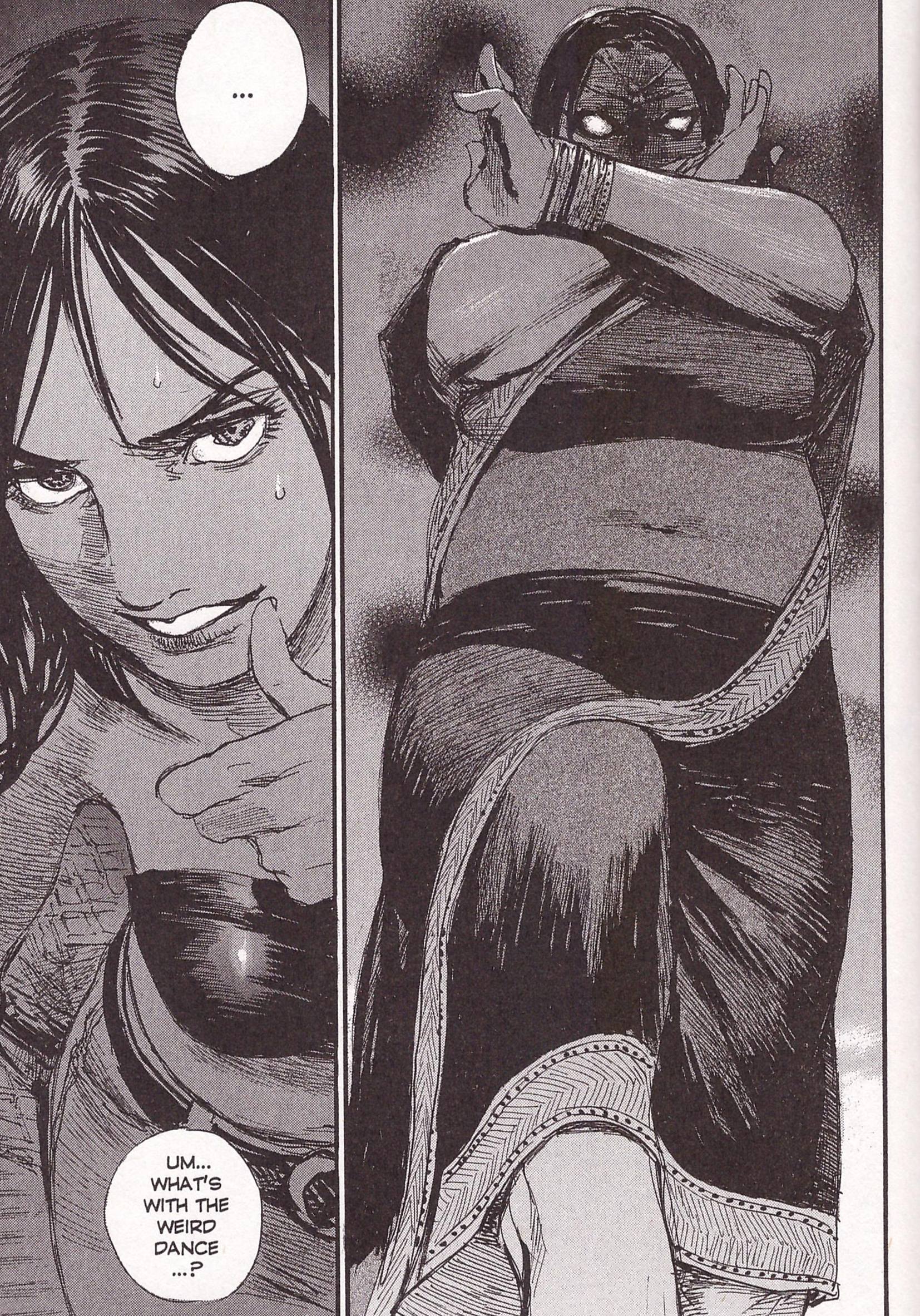 The English version of Die Wergelder 1 combined two volumes of Hiroaki Samura’s Japanese action thriller, the first a fast-moving, but unclear selection of episodes, and the second bringing some clarity. An unscrupulous chemical development company has discovered there are just three sites in the world where a very particular form of water is found. Their German site was destroyed, but they’ve been more careful in Japan. The site there is an island, Ishkunagijima, now used for prostitution. Former resident Shinobu has returned there in the company of two other dangerous women, but she appears to have a doppelganger.

With the opening section of this volume, Samura again resorts to strangeness. He’s fed us some explanations, but apparently left much unsaid, which leads to confusion over the first few chapters where neither we nor the protagonists are entirely sure what’s happening. The certainty comes with Samura’s intense art on the action scenes. We might not know why people are fighting against seemingly indestructible foes, but their hardship is gruellingly portrayed. Over 120 pages. Let’s repeat that. 120 pages. The art is incredible, but two of the characters seemingly serve no purpose at all in the bigger story, and it takes 120 brutal pages to remove them from the continuity. Samura really is trying the patience of his readers.

This is an adult story in every respect, not shy about sex or the worst of human behaviour. Some seat-squirming horror features, Samura inventive with devices and other aspects, so providing a real lingering look into the abyss. Almost all the lead characters are still women, originally at odds, although gradually finding common purpose. Soli Kil is becoming the most interesting of them. She previously just seemed to be a wacky gang torturer, part of her fetish fascination coming from her looking and sometime behaving like a child, but she has a useful medical condition and a way of winning people over. Much of the final chapters are given to filling out Chinese Jie Mao, but too many other cast members have nothing more to them than a talent, little in the way of personality and are most responsive to the needs of the plot.

About that plot. By the end of Die Wergelder 2 Samura has produced well over 900 pages, but there’s still no sense of any story coming together, and that’s incredibly disappointing given his track record. So far it’s a very indulgent homage to martial arts movies circling around a dozen people, yet phenomenally well drawn.

Three years separated the first translated volume’s release from the second, and there’s no sign of a third as of writing, although anyone able to read a Japanese website will be able to offer more accurate comment on that.