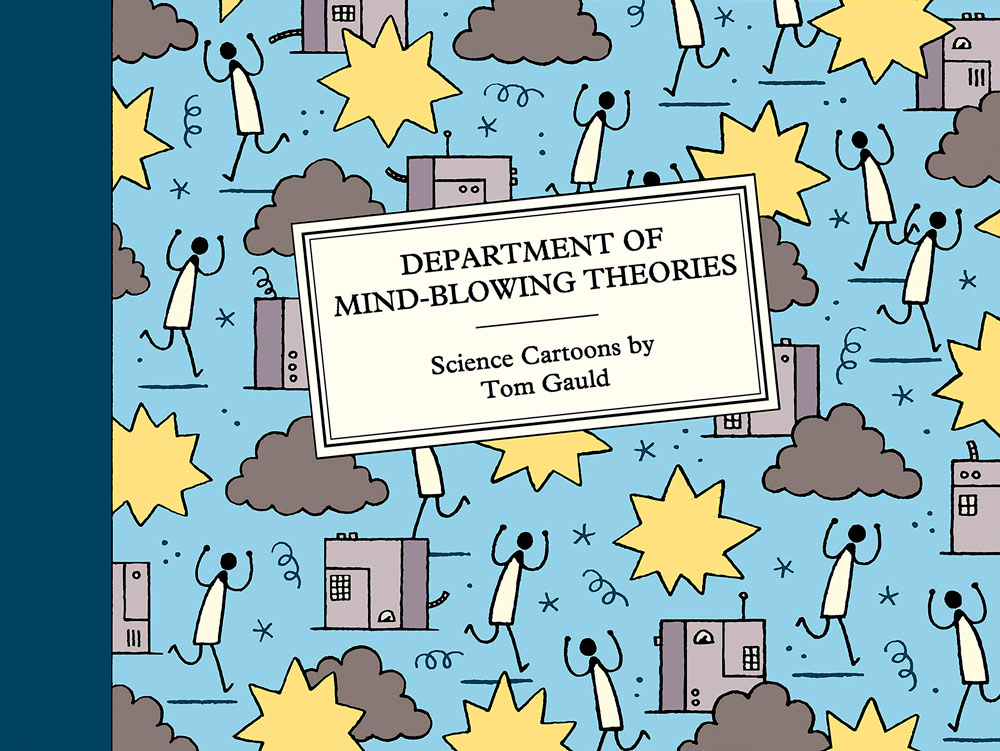 Tom Gauld’s previous books Baking with Kafka and You’re All Just Jealous of My Jetpack are collections of cartoons produced weekly for the Guardian newspaper’s Arts and Books section on Saturdays. He uses the world of literature as the basis for jokes about what people read and how the context of genre can completely change how stories behave, poking fun at categories, lists, authors and the publishing industry with completely absurd but inspired mash-ups.

Changing direction very slightly, Department of Mind-Blowing Theories is a collection of strips produced weekly for New Scientist, an international magazine reporting in depth on advances of science and technology. Using the same strategies, Gauld examines the mindset of a typical scientist and finds it’s very similar to the artistic mindset he usually parodies. So while the jokes in this collection often start off with some scientific inquiry, real-world theory or newly discovered hypothesis, he produces the same silly inversion of serious premise with ridiculous characters, adding two disparate ideas together or deliberately twisting the logic of a situation.

The four-panel strip ‘Insignificant Moments in Science’ presents four notable scientists: “Robert Boyle is distracted by noisy birds outside his window. Marie Curie forgets why she has come to the store cupboard. Max Planck answers the telephone but it is a wrong number. Rosalind Franklin worries that she is getting a cold.”  They can’t be making famous breakthroughs all the time. They’re just regular people, after all. Ho ho! Lots of jokes parody the scientific method. A woman wearing an elaborate headset-gizmo is failing to accurately read the mind of the test subject sitting opposite her. “Are you absolutely sure you’re not thinking about nuts?” she asks. “YES,” says her annoyed scientist partner. A squirrel is sitting in the tree outside. The caption for this cartoon? ‘Another unsuccessful test of the mind-reading apparatus.’

Department of Mind-Blowing Theories is more of the same kind of silliness about intelligent subjects that Gauld has perfected to make a stream of entertaining cartoons from all those half-remembered, vaguely understood scientific concepts you know. If you like Baking with Kafka you will enjoy this book just as much. 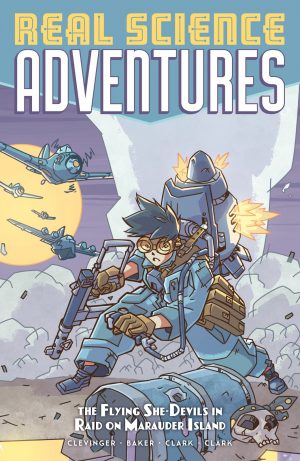 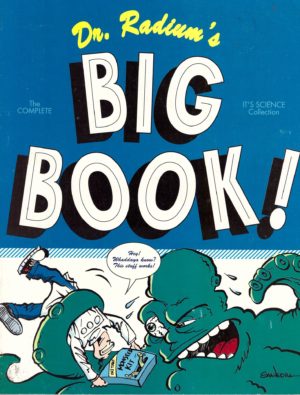